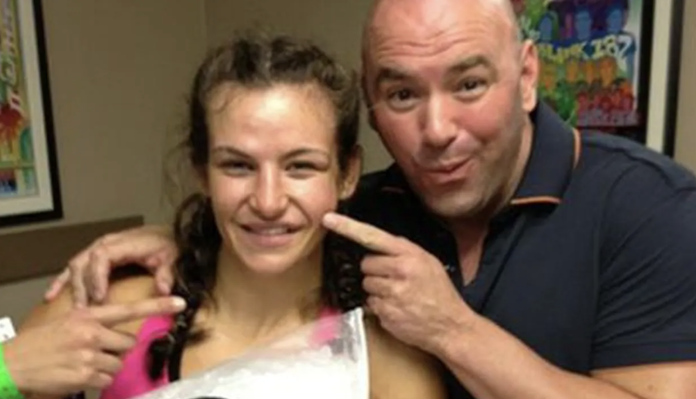 Miesha Tate angered the MMA community earlier this month when she made shocking comments – namely that she’d spent 98% of a $200 000 fight purse right away. This appeared to be playing into the UFC’s hand – UFC’s president Dana White frequently makes comments like mma fighting isn’t a career and the like. In an attempt to diminish belief that fighters should be paid better in addition to having their medical expenses covered.

She saw the backlash – and sadly doubled down:

“I love it and I used to do it for free and I did it for pennies on the dollar. And would I love to make more? Of course, because I have a family.”

And there you have it folks – company woman strikes again. If you read between the lines, the message is clear – you’ve signed the contract what does the UFC care if that’s not enough for you, you should be stoked you’re even doing it?!

And this is particularly poignant because when Tate could cash in on her name and image she did that – she spent the whole two years living in Singapore just to lend her own credibility to an MMA promotion she wasn’t even free to fight in. All thanks to the brutal contracts UFC uses to contract their fighters.

But Tate is back again, and her reward for sticking it by the promotion seems to be making $200 000 to fight a 44 year old with a 9-7 record. That plus the bonus, I suppose.

Oh and she’s headlining a card soon. In 2021. She’ll be headlining UFC Fight Night on October 16th against Ketlen Viera. Viera is 2-2 in the last 4 fights (11-2 MMA record) and seems to have fought most of the remaining UFC veterans having fought both Zingano and McMann.