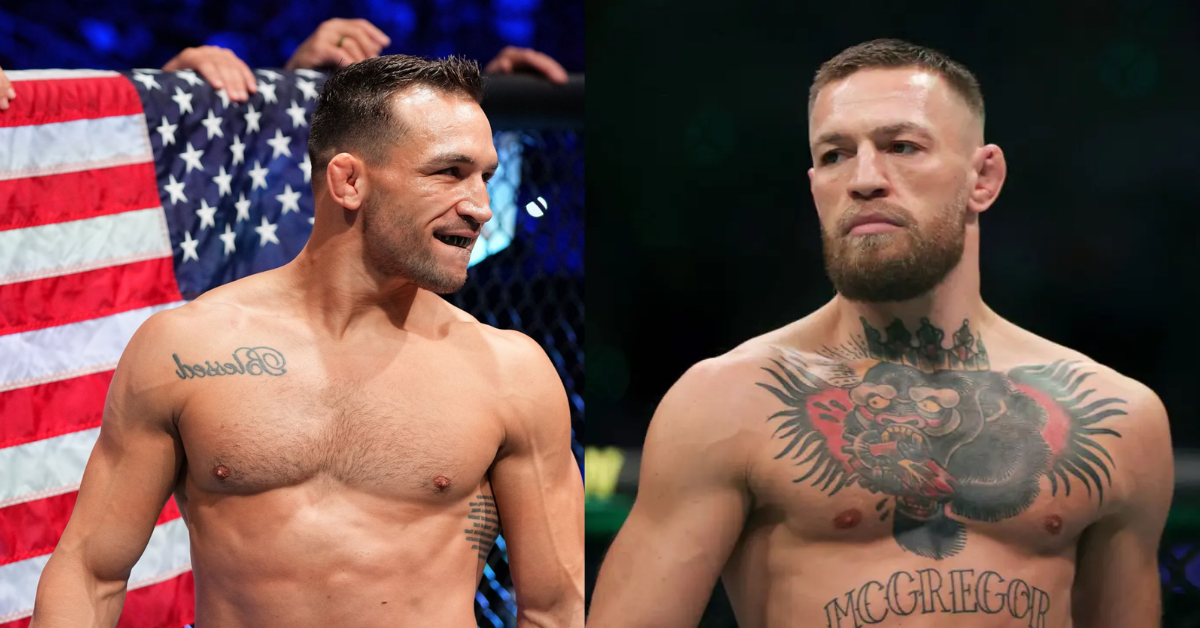 Win or lose, Michael Chandler never fails to provide a must-watch fight. After two losses  – in fierce clashes against Justin Gaethje and Charles Oliveira, Chandler clearly isn’t satisfied. For the former Bellator champion – McGregor looks like an easy target. For one they both walk around 170lbs.

Chandler expressed  interest in fighting Conor McGregor on his Twitter account. McGregor responded and accepted. While a fight with McGregor surely will be a big payday, Chandler says his true intention is publicity.

“I think everybody wants to fight Conor McGregor, obviously, but I want to fight him for a different reason. Everyone wants to fight Conor because they know it is a big payday. I’m here in mixed martial arts to do big things. To be in big fights, big stages, against big opponents, in big arenas with a lot of eyeballs. That’s what excites me about a fight with Conor.” Chandler told Ariel Helwani in The MMA Hour.

He also added that he respects McGregor because McGregor has made a big change to MMA.

“I have a ton of respect for Conor. Because what Conor has done, and people will discredit what he has done because of certain things that he has said. But what he has done is revolutionize the entire sport. The sport of mixed martial arts is better because Conor McGregor is in it. It’s bigger, it’s more eyeballs on it, because of what Conor has done. So to share the octagon with him, that’s why I wanna do it.”

While Chandler is an attractive fighter – odds of this fight materializing are close to 0. For one McGregor is looking to be out for at least a year. For his comeback White was quoted saying he’d arrange a big headliner- but a headliner where ring rust McGregor is to face off against Bellator’s poster child? Keep on dreaming Mr Chandler. It’s highly unlikely McGregor will be pitted against either Chandler, Yan or Holloway.