Former UFC featherweight champion Max Holloway has one thing to propose for his upcoming fight against the raining champion Alexander Volkanovski. He is asking the promotion for the privilege to use Floral shorts for his bout against Volkanovski.

UFC replaced Reebok with Venum last year. Venum hasn’t flubbed as bad as reebok when it  comes to fight kits – but they’re certainly not aesthetically pleasing either. Venum has accommodated the request from Bryce Mitchell previously and a separate request from Justin Gaethje was also mulled at the time.

But unlike Holloway and Mitchell, Gaethje wanted US flag themed shorts – shorts he’s unlikely to get approved as of right now due to UFC’s ban on walkouts with all flags.

Holloway and Volkanovski are scheduled to clash for the third time on July 2 at UFC 276. Prior to the trilogy, Volkanovski had two wins over the former champion, Holloway, both by close decision.

‘Blessed’ has proven himself by beating two top-ranked contenders in Calvin Kattar and Yair Rodriguez to earn his ticket back to the featherweight gold.

And now, less than a month before their rubber match, Holloway is asking the UFC to let him use floral shorts for the bout. He is asking the UFC in light of Bryce Mitchell being able to wear camouflaged printed shorts into battle. 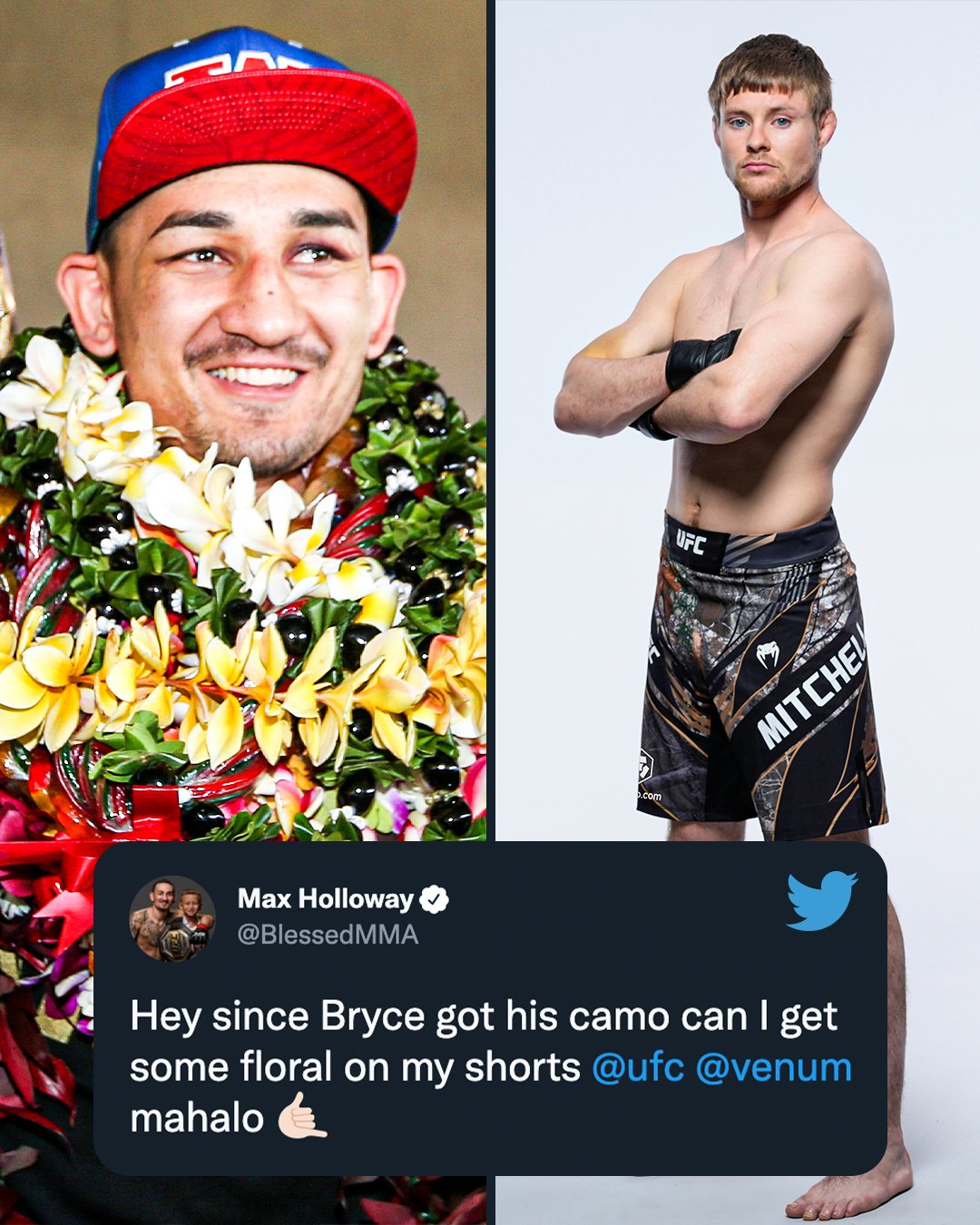 Holloway is now asking for the same privilege that Mitchell got but with a pattern tied to his state of rigin.

“Hey since Bryce got his camo can I get some floral on my shorts? @ufc @venum mahalo” Holloway tweeted out to the UFC and Venum.

“You’re taking everything I worked for” Poirier quote tweeted Holloway.

And not too long after, Holloway replied with a hilarious pic of Poirier shorts with his hot sauce tile printed on the shorts.

UFC 276 will be headlined by UFC middleweight champion Israel Adesanya taking on the dangerous Jared Cannonier. Volkanovski and Holloway trilogy bout will serve as the co-main event on the stacked card.