Conor McGregor came under criticism after a tweet and delete spree that can be summed up as him saying he would easily defeat Islam Makhachev.

Makhachev and Charles Oliviera squared off in the UFC 280 main event last Saturday at the Etihad Arena in Abu Dhabi, United Arab Emirates. In the second round, Makhachev submitted Oliveira with an arm-triangle choke to win the lightweight division of the UFC.

In response to Makhachev’s 11th victory in a row, McGregor posted on Twitter that he had the ability to defeat Makhachev and opponents who had comparable styles.

In since-deleted tweets, McGregor said, “Nice fight, nice performance. I have built all the tools to beat this style now vs before. Experience vs s***. Face breaking shots from clinch and baby brain batter shots from bottom. And the rest of my repertoire yous know. Steel left leg. Cannon back hand. Wrist control.” 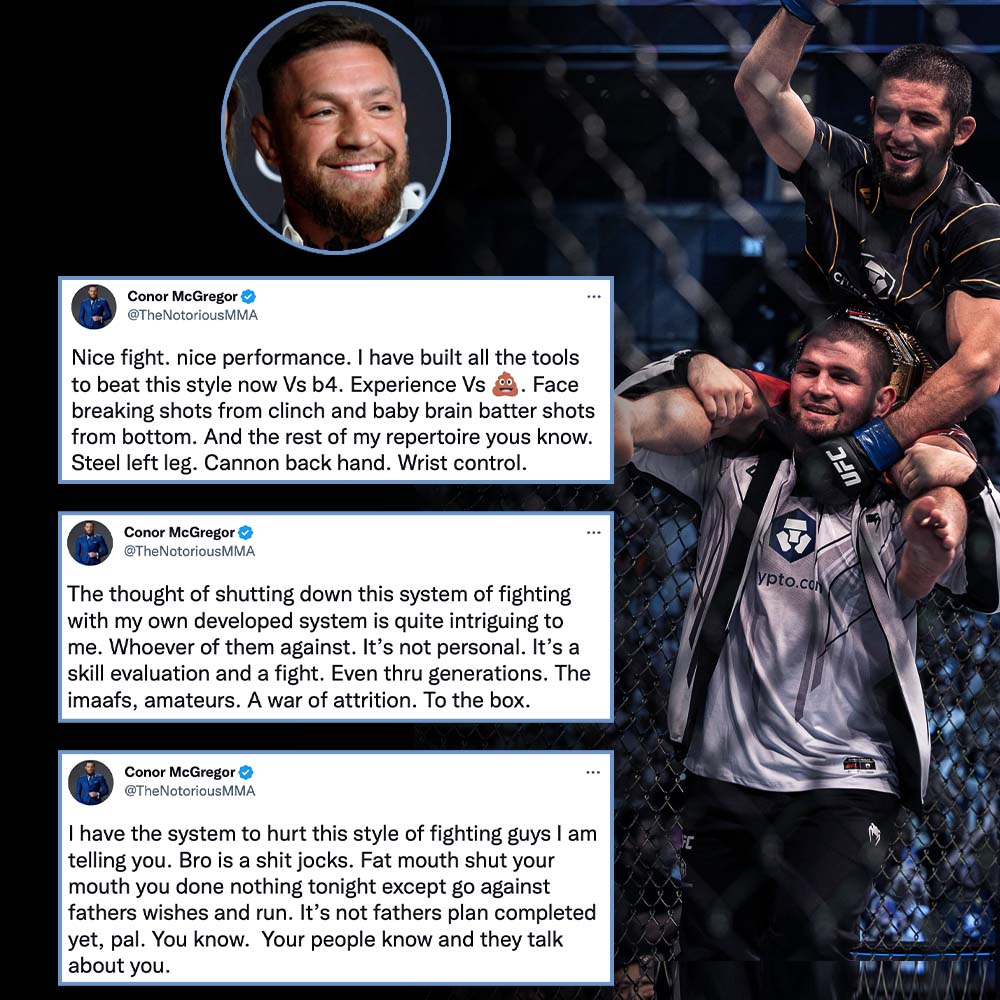 “The thought of shutting down this system of fighting with my own developed system is quite intriguing to me. Whoever of them against. It’s not personal. It’s a skill evaluation and a fight. Even through generations. The IMAAFs, amateurs. A war of attrition. To the box.”

Former YouTuber turned influencer Jake Paul rejected all of McGregor’s assertions. In a reply to his post, he made fun of McGregor for thinking he could beat Makhachev.

Paul tweeted: “Only tools he has built are twitter fingers. Islam would Khabib him in one round. Hence why he deleted his tweets.”

Only tools he has built are twitter fingers. Islam would Khabib him in one round. Hence why he deleted his tweets. https://t.co/vr5UOxpHkk

Conor McGregor is now preoccupied with filming for his next role in the Hollywood remake of the cult classic movie Road House from 1989.McGregor is also confirmed to as absent from USADA pool meaning any return would be likely scheduled for latter half of 2023.