Longtime MMA analyst Brandan Schaub found himself in hot water earlier today when a clip was published on his network of him mixing up UFC aces Kevin Holland and Bobby Green. For those unfamiliar Kevin Holland fought at Welterweight and Middleweight and has notable wins over Jacare and Joaquin Buckley. Holland has had it rough in 2021 having had a No contest bout thanks to a headbutt with Daukaus and a convincing loss to Marvin Vettori.

Meanwhile Bobby Green has been a treat to watch – in the lightweight division. Green has an MMA record consisting of 29 wins and 12 losses and 1 draw. He has been in the UFC since 2013. He is also a late day replacement to fight Islam Makhachev at the upcoming Fight Night next weekend.

“Savage, but hats off to Bobby Green Man. I mean, listen, if you had to give a MVP for the fight bubble that they were doing out there in Abu Dhabi or the hell it was. Bobby Green was your guy. Would you tell him he basically went undefeated in the fight bubble fought every other frickin weekend it seemed and he’s just a gamer, man. you root for a guy like Bobby green”

Bobby Green hasn’t fought in Abu Dhabi. Kevin Holland, on the other hand, fought 4 times in 2020 and None of the fights were on Fight Island.

Schaub had recently fallen onto hard times after severing the business relationship with Showtime. Previously he was the leading man of Below the Belt and Foodtruck Diaries.

Schaub has been attempting to keep the gig alive but it’s not gone well. This is evidenced by the fact that Schaub at one point served reigning UFC heavyweight champion food – directly from his trunk. 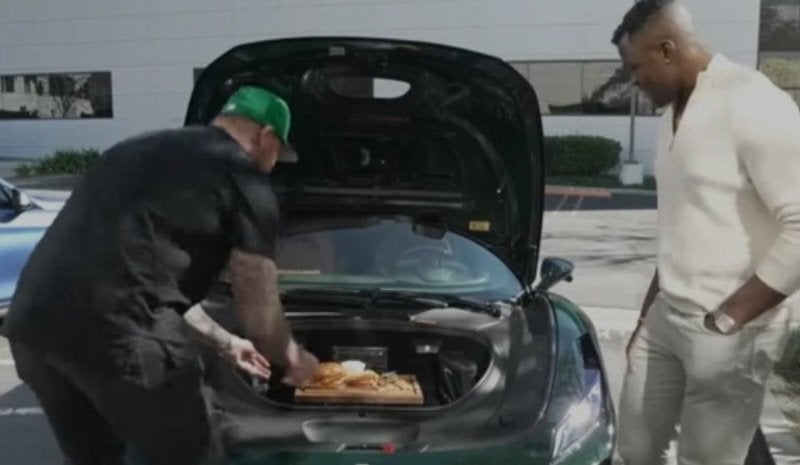 You might be tempted to call racism considering the mix up – but Schaub believes he’s practically black so that’s clearly off base.