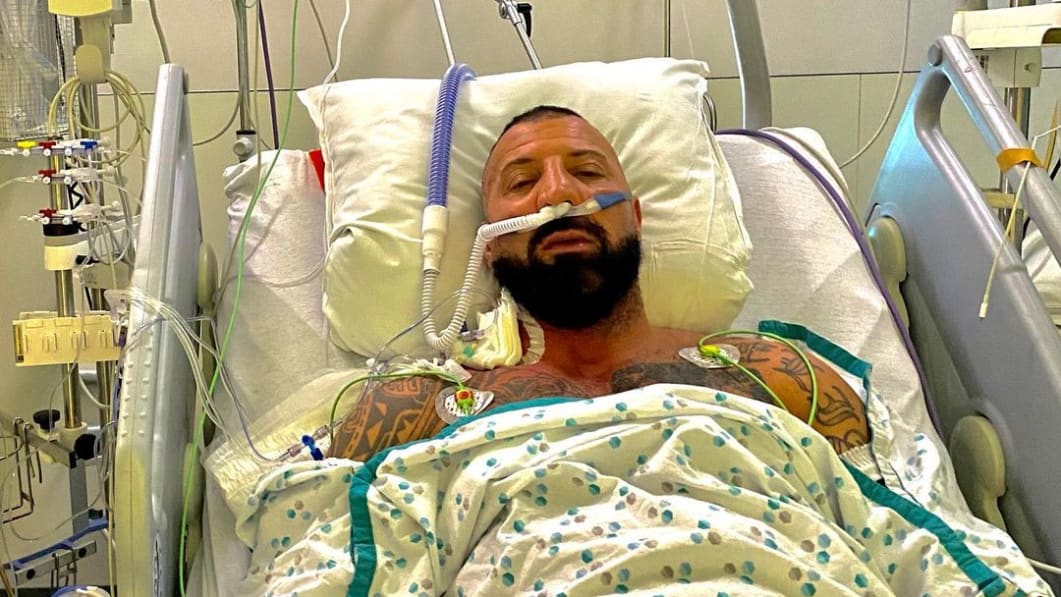 World champion kickboxer lost his life recently more than a week after he discharged himself from the hospital. The man in question is Frederic ‘The Undertaker’ Sinistra .He was 41 at the time of his passing. He died in his home in Belgium earlier this month according to local outlets.

Sinistra wasn’t vaccinated and even went so far in his beliefs he refused to use the term Covid-19. The fighter was forced to go to the hospital by his coach after he revealed he contracted the ‘little virus’. This is how the now deceased fighter referred to it.

Sinistra regularly shared updates on his social media from inside the intensive care unit. At one point he acknowledged that the inflammation in his lungs was 33 times greater than at healthy level. He insisted on leaving and heading home days later and treated himself with oxygen. The death was communicated by his longtime partner on his facebook page.

Thank you all from the bottom of my heart
Words fail me for the moment but the heart is really there THANKS ??❤️❤️
He has joined his beloved eros and is at peace by his side they both watch over us now
CÉLIA & DIEGO you these babies first NEVER doubt your daddy loves you more than everyone else NEVER forget it either and above all he will always be there for you and me too ???❤️❤️❤️❤️

A number of professional fighters struggled with Covid 19 infections. In recent time UFC veteran / Hall of Famer Diego Sanchez recovered following complicated case of pneumonia. He was hospitalized for a number of days but ultimately made it out and recanted some of his earlier statements regarding the virus.

Our thoughts and prayers are with the Sinistra family at this difficult time in their life.