The UFC super-prospect Khamzat Chimaev is rumored to be booked for a showdown against former title challenger Gilbert ‘Durinho’ Burns in April. But earlier this month, the No.10 ranked UFC welterweight has reportedly been denied  permission to enter the United States.

According to sources, the Russian-born Swedish fighter was unable to enter the country in January 2022. It was later explained that he was denied entry at the airport due to visa problems.

In spite of the explanation, some fans had their own speculations. One of them is that he was denied entry because of his relationship with the controversial Head of the Chechen Republic, Ramzan Kadyrov. 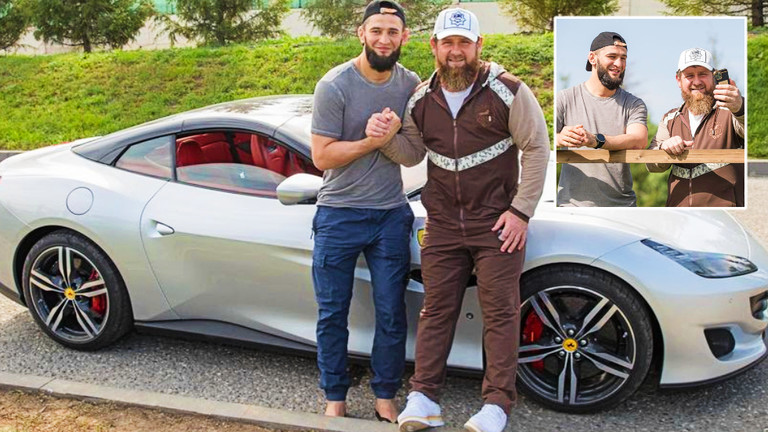 But not all of them buy the theory, some of them believe that the UFC will sort things out and eventually help Chimaev to re enter the US.

The undefeated Chimaev–now riding a 4-fights finish streak in the UFC, made an impressive comeback win against No.11 ranked welterweight Li Jingliang in Abu Dhabi last October at UFC 267 after being sidelined from fighting for almost a year due to lingering COVID-19 symptoms that required multiple hospitalizations.

Chimaev and his potential opponent Burns are already having a war of words on Twitter for a while.

Earlier this month, both fighters are exchanging words again with Burns saying he will end Chimaev’s hype-train and Chimaev responded with he will finish the Brazilian in the first round.

“I’m ready! Make sure you get your visa ready! The hype will be over soon!” wrote Burns.

“I am gonna fix a visa with my fists in your face! 1 round finish!” Chimaev returns fire.

With the seasoned veteran and the rising star seems battle-ready, it seems that now we all just gotta wait for the UFC to officially announce the highly-anticipated welterweight bout.