Khabib Nurmagomedov is not exactly a fan of Khamzat Chimaev. While the two used to share a manager that all changed after Chimaev was caught making disparaging comments about him.

At the start of his UFC career, Chimaev was often  compared to Nurmagomedov. Chechen warlord who is a patron of both claimed that Chimaev would destroy Khabib if they crossed paths.

“If you are a Muslim, you should have good people around you – Muslims who can say: ‘Hey, don’t do this,’” Nurmagomedov said.

“I recently watched the weigh-in of Khamzat Chimaev. I followed what was happening with his weight and looked at his team. There are no Muslims around him and this is very bad. Because if you are a Muslim, you need good, strong people around you. [They] will say: “Come back, do this.”

This is an interesting criticism – and it instantly got a reaction from both Till and Chimaev.

“Khabib’s missed weight like five times, man. Like, he’s got good people around him. We are not coming out now saying — What because me and Khamzat have a bit of fun on camera, being a bit wild; does that mean that I’m not good peoples or his coaches aren’t good peoples.”
Till reacted to Nurmagomedov’s comments.

He further stated,
“Like, his Brazilian Jiu-Jitsu coach is one of the best grapplers of all time. He’s not Muslim. Does that mean he’s bad people. As much as I do respect Khabib as a person… I just don’t respect him coming out with comments like that. And other people as well.”

“I ate too much tiramisu, that’s why my fight with Tony Ferguson been cancelled five times 🤭😂😂😂😂” Chimaev commented 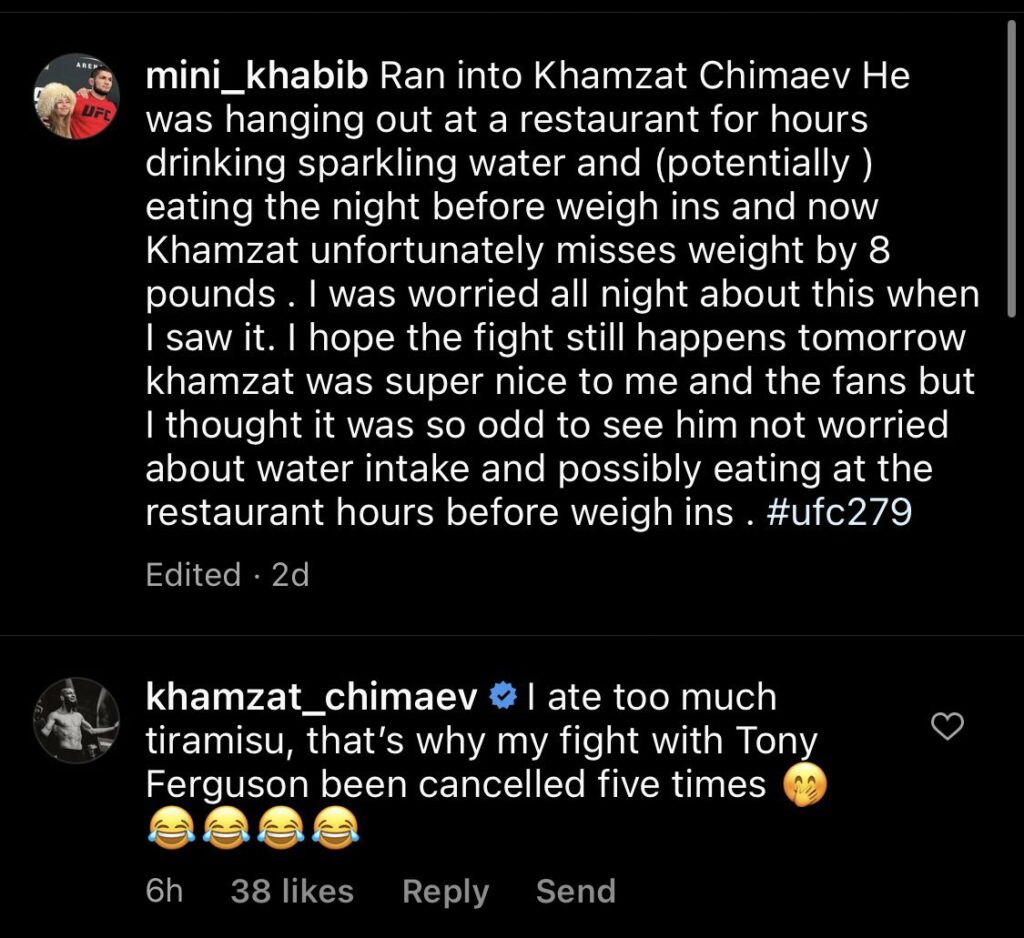 Nurmagomedov struggled to make weight himself in the past – of course he’s not been vulgar towards the media though he did jump that octagon fence and start an all out brawl at UFC 229 despite being surrounded with people of faith.

Team khabib has an axe to grind still with Chimaev – in the fall out from the Gilbert Burns match up, Khabib’s team used Chimaev’s battered face to prove that he and Khabib don’t belong in the same conversation because he’s never been battered in all his time in the UFC. 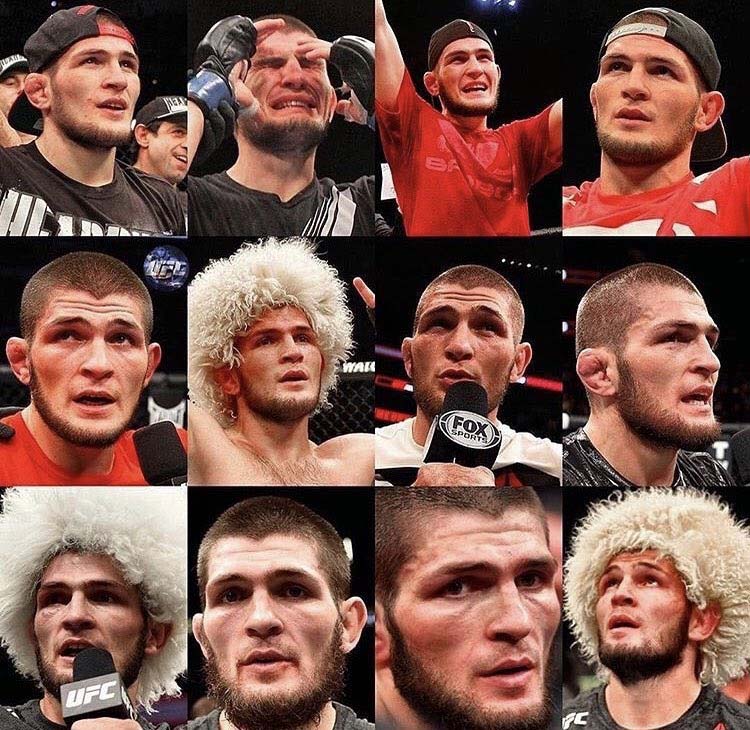 Team Chimaev reiterated that the cut opened on his cheek was stemming from an earlier incident. 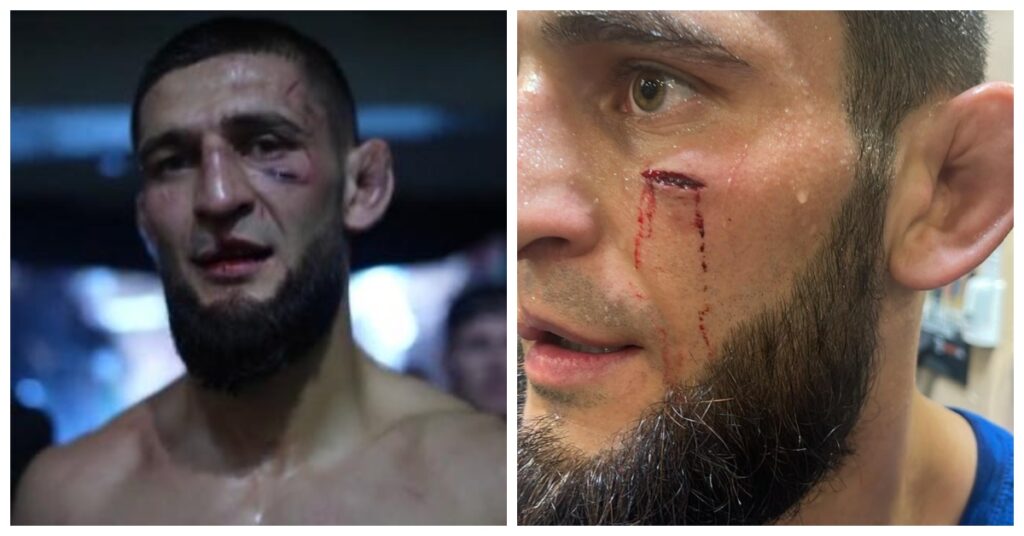 It’s unknown where the two stand right now but if Chimaev were to compete against another Ali Abdelaziz (former manager he shared with Khabib) client  such as Kamaru Usman the lead up would be interesting for sure.