It seems that Khamzat Chimaev and Abubakar Nurmagomedov’s dispute will end quickly.

Leader of the Chechen Republic appears to have put an end to the dispute. Chimaev was accompanied by his son at UFC 280 and despite initial reports that he might’ve had something to do with the conflict he appears to have negotiated a truce between the two camps. 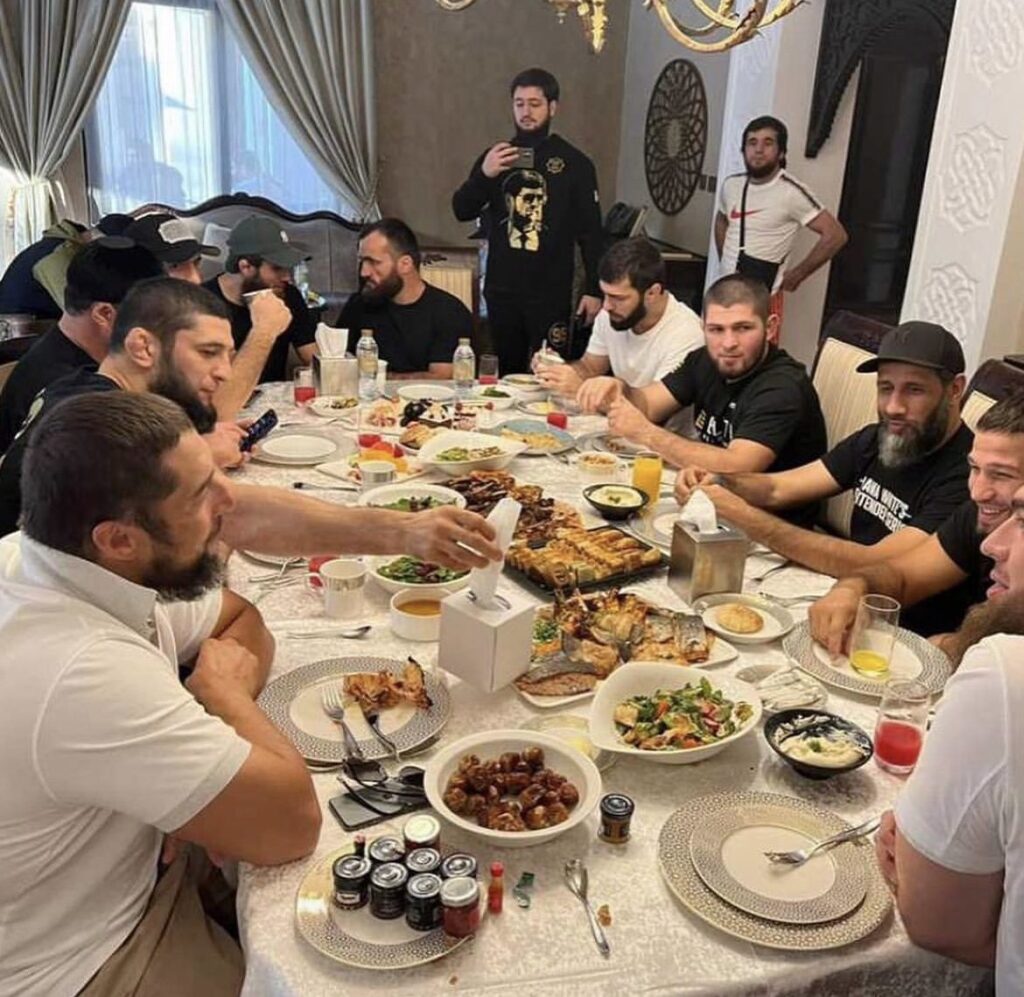 Chimaev watched from the stands as Islam Makhachev and Charles Oliveira competed for the lightweight belt at UFC 280 on Saturday. Just a few hours after defeating Gadzhi Omargadzhiev on the Abu Dhabi preliminary card, Abubakar Nurmagomedov was also present.

It seems that the beef began in 2021. In an Instagram post that has since been removed, Nurmagomedov wrote a long letter to Chimaev. Chimaev’s remarks regarding Khabib Nurmagomedov were misconstrued by Abubakar. He warned Chimaev to “be careful.”

The feud reached a new level when the two saw each other cage side, and UFC and venue security had to separate the competitors. UFC president Dana White explained after the incident that it is something that happens from time to time and UFC has no interest policing or curtailing its talent.

On Sunday, Abubakar Nurmagomedov shared a video showing Khabib in charge of a group that included Chimaev and himself on his Instagram account. He said that the two had finally resolved their differences.

He says that it was

“a small misunderstanding that took place personally between me and Khlamzat. After that, we met with him in the Brotherhood circle, where we were gathered by the elders. As I said in an interview before my fight, Khlamzat is my brother in Faith and I always wish him health and success. I ask you, brothers, not to invent any kind of gossip and I hope our meeting will be beneficial between our brotherly peoples.” 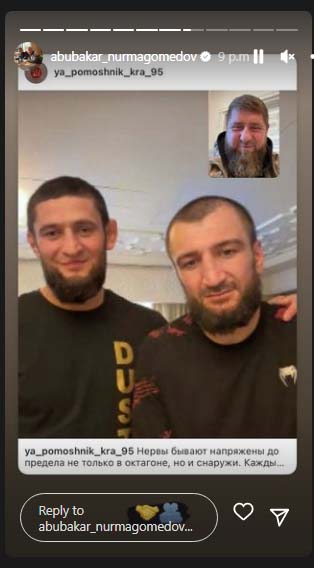 In addition, Kadyrov shared a screenshot of a video chat he had with Chimaev and Abubakar Nurmagomedov on Instagram. He posted it along with a caption claiming to have assisted in mediating the dispute between the two.