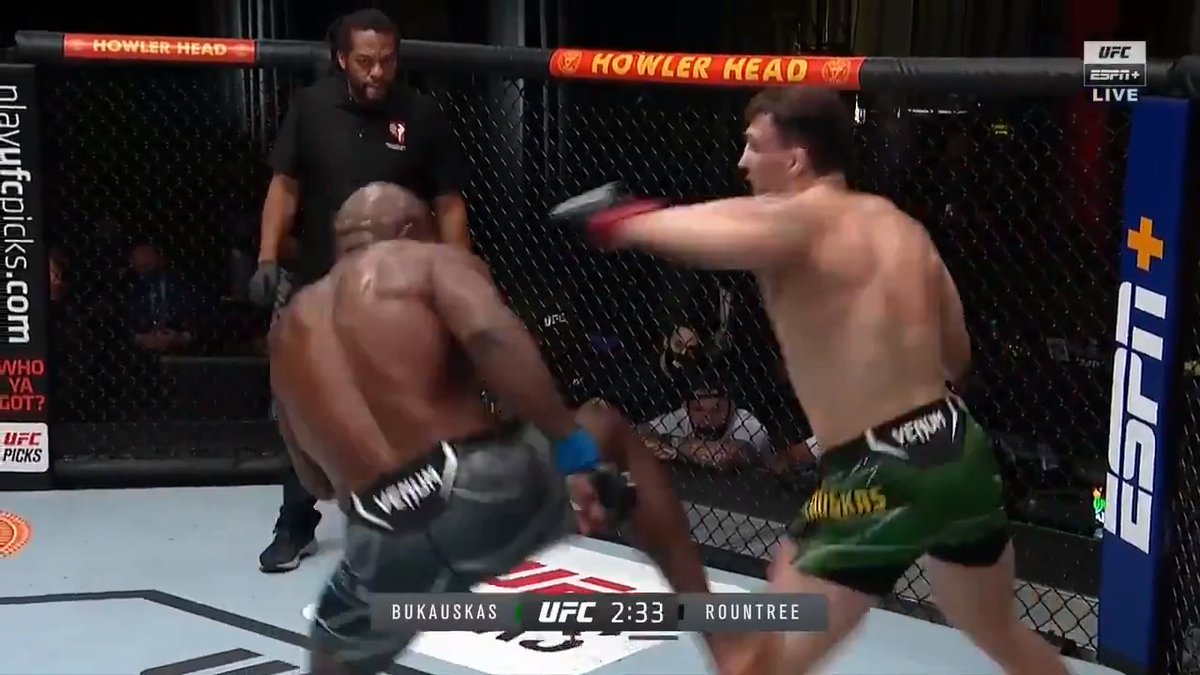 Rountree delivered a first finish with the technique. While we’ve seen these kicks before – often to a great detriment of the fighters there’s never been a finish like this.

Let’s examine this technique through time. Miguel Torres threw one of these to a similar effect in a kickboxing match.

While these both look brutal it takes quite a bit to actually cause an injury with them.

This technique is a favorite of many established names in the sport – namely Anderson Silva, Jon Jones and Conor McGregor.

And here’s McGregor throwing it at Diaz:

And finally Jon Jones throwing it at Rampage

At the time Rampage called for the oblique kick to be banned saying:

It should be called the illegal kick. It should be banned and it shows a lot about the fighter’s character that he would throw it. How would he like it if somebody threw it at him and stopped him working for a year?

I thought it was an illegal move. I think spinning elbows should be illegal too because they land on the back of the head. But I appreciate a good fight, a good scrap, I just wonder which rule fighters will bend next.

Jones didn’t take too kindly to these comments – because in a sport where victory means giving the other guy brain trauma, is a knee injury really unfair?