UFC hall of famer Khabib Nurmagomedov has said that he thinks mixed martial arts are on the “decline.”

Although he retired more than two years ago with a 29-0 record, Khabib feels that mixed martial arts are losing steam.

“Maybe it’s because the flame inside of me went out but I think there’s been a dip in MMA. That’s what I think, I can be wrong. Everyone has their viewpoint. I think the flame went out a little, that there was a decline.”

“There will always be stars, UFC’s PR machine is strong, say what you will but they created a powerful machine in the last 30 years. They’ll ignite the flame. But I don’t wake up early to watch anymore.” 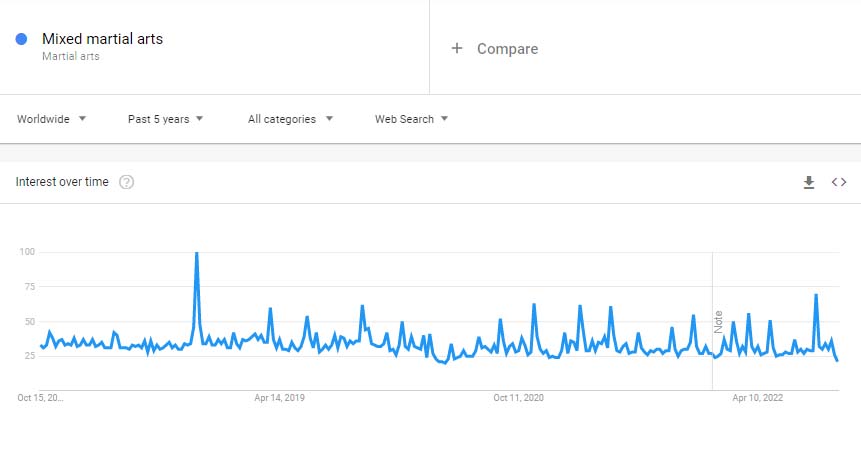 Nurmagomedov’s opinion isn’t substantiated by world wide trends however the US trend for mixed martial arts seems to support the claim.

There’s also another thing to consider. Thanks to the monopsony UFC has over MMA it’s actually more informative to take a look at the global trends for UFC in comparison to MMA for both markets. 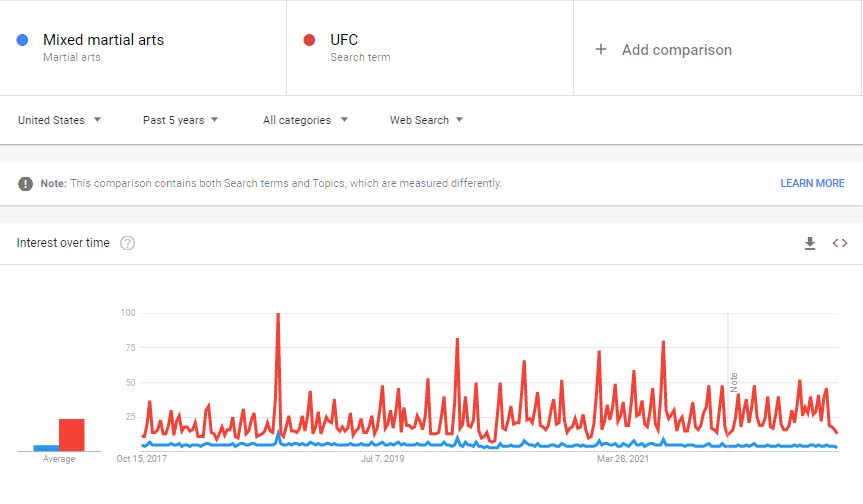 And while there’s definitely interest it’s clear that the biggest peak was tied to an event in the past. The peak coincides with UFC 229 and the infamous clash between Nurmagomedov and Conor McGregor.

World wide trends show an even bigger interest gap between UFC 229 and the events since. 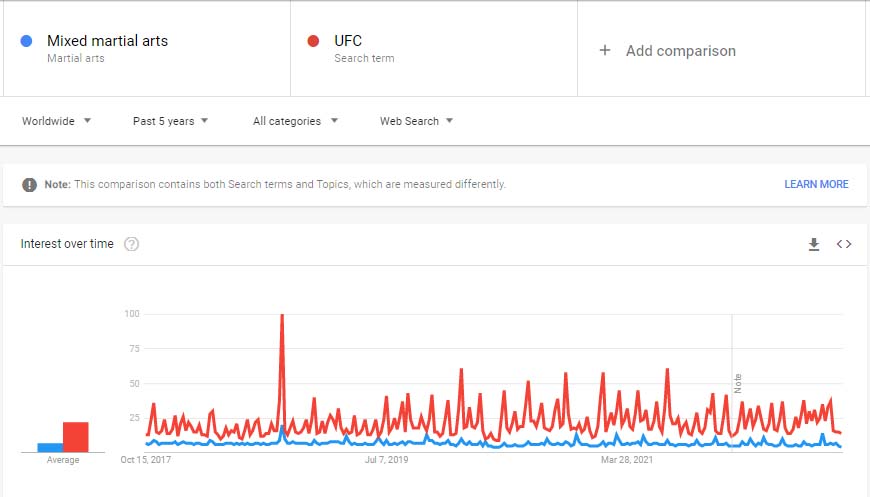 Of course this could all also have something to do with the UFC considering they’ve worked hard ‘to eliminated variability’ from their business plan  as per (parent company) CEO Ari Emanuel. This effectively means UFC makes about $10 million per PPV event regardless of how well it sells.

Khabib went on to share there were only a couple of events he bothered to get up and watch:

“I woke up for Usman’s fight [against Leon Edwards]. When you want to watch it you wake up for it. Other than that, you know what fight it was, I think I woke up for one or two fights this year.”

Khabib Nurmagomedov retired upon his mother’s request after the passing of his father. For Nurmagomedov, his father was the biggest influence in his career because he served as his father, coach, cornerman and even promoter early on.

“Before me, many guys have done this trick where they’d ‘retire’ and raise their price tag. Then he’d get paid and come back. I understand those people as well. Overall, I’m very easy-going about that.”

“You have to take in account why I left,” he said. “I had personal reasons for doing so having to do with my family, my father. Of course I could continue. People forget that. They think I left to negotiate a better contract, to negotiate more for my return. That’s not what happened. It was a concrete decision. I see no way how it can change. At least not now.”