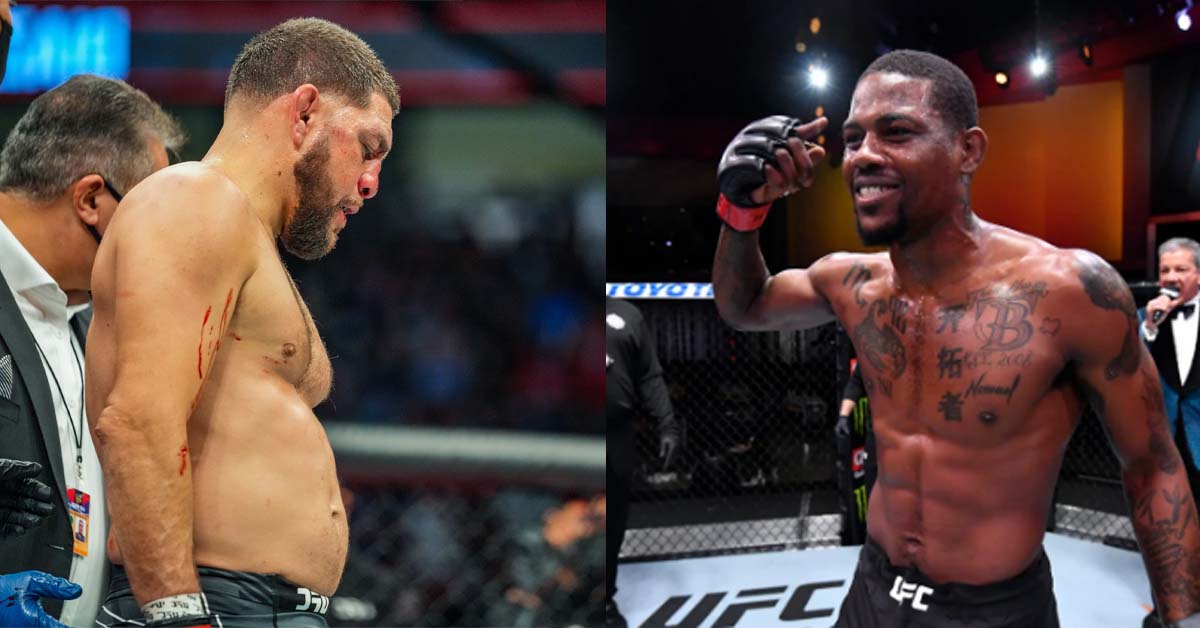 UFC’s Kevin Holland has had a rollercoaster year. Holland went into 2021 as one of the hottest prospects with 5 straight wins – and then completely blew it. Holland’s fatal flaw was discovered. He had no wrestling defense to speak of – resulting in defeats from Derek Brunson and Marvin Vettori. To top that off there was also an unfortunate No Contest against Kyle Daukaus that was a result of a knock out worth clash of heads.

Holland brushed it off and moved on. On one hand he was on a losing spree on the other his opposition to fighter’s unionizing won him a fan for life in Dana White.

Earlier in December it was speculated Holland would be fighting Nick Diaz. Holland had issued a challenge to Diaz in addition to declaring his intention to move to welterweight.

Holland shared about a time in the past when Diaz tried to slap him:

In spite of the incident Holland spoke in platitudes about Diaz. It’s unclear if Diaz will ever fight again – he was very vocal about how much he wasn’t enjoying fighting on his last outing. In addition to this Diaz doesn’t appear to be in shape. He was last spotted roaming California with an epic beard. Holland seems to be superstitious so it’s possible he’s looking forward to ending his losing spree soon – and a marketable star like Diaz might be perfect. It’s unclear if UFC is in talks to make the fight happen as of right now. We’ll keep you updated.