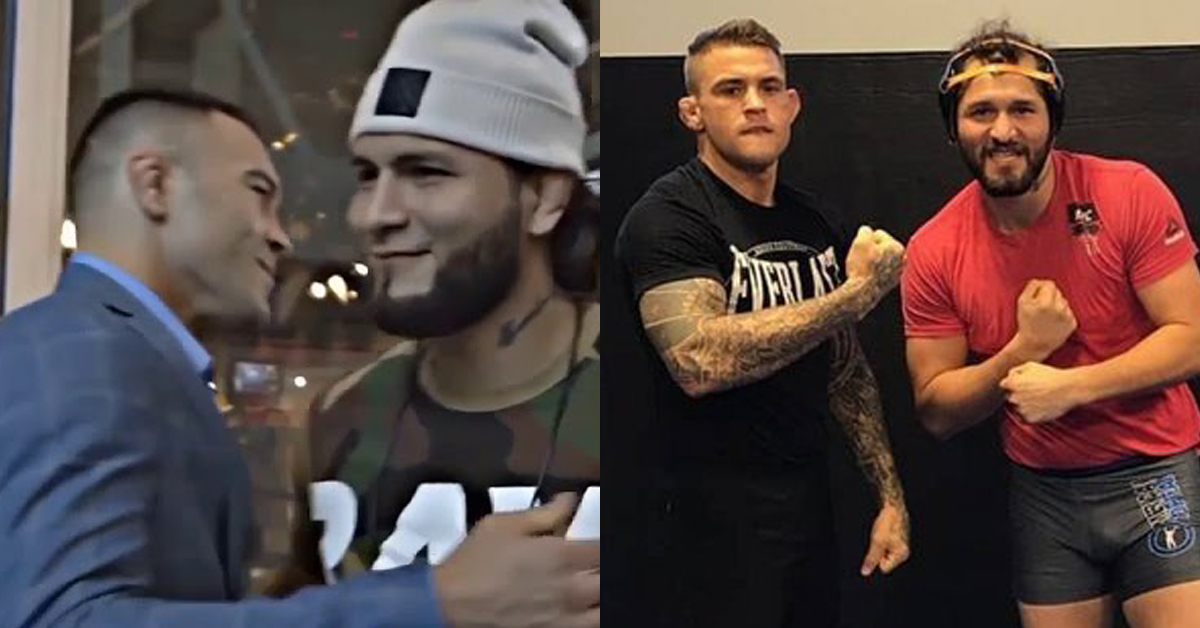 Jorge Masvidal was scheduled to fight Leon Edwards in a welterweight bout on UFC 269 card set in December. Unfortunately, Masvidal was forced to withdraw from the fight because of an undisclosed injury. It is still not confirmed whether Leon Edwards will remain on the card or not.

Some top-ranked welterweight fighters immediately got in a line to fight Leon Edwards to replace Masvidal. Names that are in play are Khamzat Chimaev and Gilbert Burns.

“Let’s go bro we do it,” Wrote Chimaev on his Twitter.

The same goes for Burns as he retweeted news about Masvidal pulling out. “What’s up @Leon_edwardsmma you already on training camp! Let me know #UFC269” Burns wrote on Twitter.

However, there was a rumor that Masvidal pulled out the fight to fight Colby Covington. Some days prior to Masvidal’s injury announcement, Colby said he wants to fight Masvidal and Masvidal should just pull out of his fight with Leon Edwards.

“I think the most logical step is the heated rivalry with me and my old roommate ‘Street Judas’ Masvidal. He should probably pull out of that fight with Leon Scott and we should just run it. Let’s run it in the first quarter of the first part of the year and let’s do it. That’s a heated rivalry, man.” Told Colby to MMA Junkie at a post-fight news conference.

Both Masvidal and Covington were sparring partners at American Top Team. A fight with Colby Covington has bigger stakes for Masvidal compared to a fight with Leon Edwards. That being said Colby just survived a 5 round war with Usman – and he’s almost certainly headed for a 6 month medical suspension.