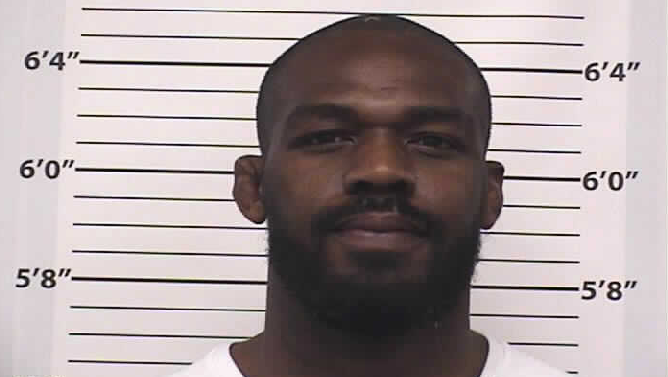 Jon Jones was arrested early Friday a rep for Las Vegas Metro PD confirmed for ESPN. The UFC Hall of Famer has been charged with battery domestic violence and injuring and tampering with a vehicle.

According to court records, Jones is currently still in custody. Full story coming to @MMAFighting

This isn’t Jones’ first brush with the law either – he was booked last March on an aggravated DWi as well as negligent use of a firearm. This incident was even filmed on police body came and would later be posted online. He ended up pleading guilty and avoided jail time.

Jon Jones getting arrested after the Hall of Fame is the most Jon Jones thing ever.

Jon Jones was inducted into the UFC Hall of Fame and the LVPD Hall of Corrections within the span of about 12 hours. Remarkable.

jon jones every time he makes a big accomplishment in his career pic.twitter.com/9t7JY65vmq

Why would you be surprised when Jon Jones told you what is his plan pic.twitter.com/KGKr4dCwIG

Dana White was asked to comment during the media scrum on Jones’ latest legal issues and here’s what he had to say:

“It’s like it’s not even shocking anymore,” White added. “When we bring him here it’s almost expected. You can’t even get him in Las Vegas for less than 12 hours to induct him into the Hall of Fame. It’s a problem. This guy’s got a lot of demons, man. A lot of demons.

“… Is it really shocking anymore? It’s really not. It’s become not shocking. It’s almost like, ‘uh oh, this guy is in Vegas, what’s gonna happen today?’ You want to hope that the guy is better and that won’t be the case, but he proves that every time he comes to this town, that he can’t handle this place.”

Am I missing any?