The troublesome UFC light heavyweight fighter Jon Jones is angry and struggling to accept the fact that his ranking in UFC Pound-For-Pound keeps falling down. In a recent update of Pound 4 Pound ranking, his name fell from number 2 to number 4 as Israel Adesanya advanced to number 3 and Alexander Volkanovski to number 2. With the number 1 on the list being Kamaru Usman.

Jones said, “When you ranked over Jon Jones on a pound for pound list but know you can’t defend a takedown”. He even said that it’s better for UFC to just remove his name from the list. “It’s funny seeing people have the satisfaction of being ranked over me when I’m not even competing. Just take me off that silly list.” 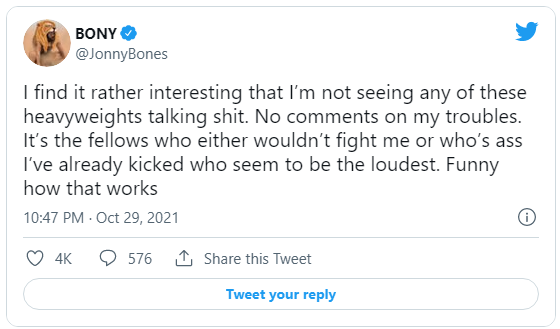 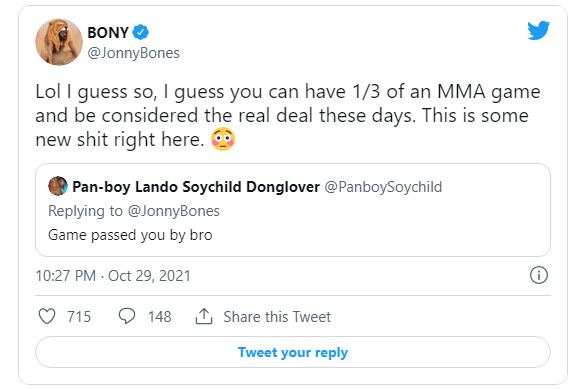 Despite his accomplishments in the octagon, Jon Jones has a bad public image. This drop was most likely caused by his inactivity for over 18 months and his charges of domestic violence some time ago. With all those problems, seems like the UFC still wants him around as they haven’t ended Jones’s contract. Though, it is reasonable because Jon Jones is actually one of the best MMA fighters in the UFC.

He has a nearly clean score of 26-1 with the one loss being a disqualification. Jon Jones’s latest bout was back in February 2020 in UFC 247 against Dominick Reyes. Jon Jones was a light heavyweight champion and successfully defended his title three times in a row.