Johnny Walker’s team is taking the brunt of criticism for his meme worthy loss. 29 year old Brazilian suffered a devastating loss at UFC Vegas 48 thanks to a well placed shot to his temple.

The strike resulted in the Brazilian free falling into the fence and subsequently getting finished with an additional ground strike before the referee had a chance to intervene.

This is what Jamahal Hill did to Johnny Walker ? #UFCVegas48 pic.twitter.com/TMZ73Mcvr6

Walker was quick to reassure fans that he was fine – posting the following on social media:
“I’m OK,” Walker said in an Instagram update. “Just a little cut. I (go to) sleep in the fight, so something happened wrong. Let’s eat and be happy. And let’s go to the next one.”

“Congratulations Jamahal Hill. I’ll be back as soon as possible. One little mistake and it’s all over. Thank you all for the support.”

But while Walker was happy to be surrounded by his team the fans were quick to pick apart his coach John Kavanagh for toasting his loss with a bottle of Proper 12. This was referred to as “undignified” by fans.

Jonny Walker giving a heartfelt message after he was viciously knocked out in front of his fiancée.

This so pathetic. Stop shilling horrible alcohol @John_Kavanagh and focus on your fighters https://t.co/zkcu8NYZ3X

Kavanagh needs to lay off the proper twelve, his fighter was getting slept

But Kavanagh was not the only one to get bullied online following Walker’s debacle. His fiance shared the following DMs sent to her. 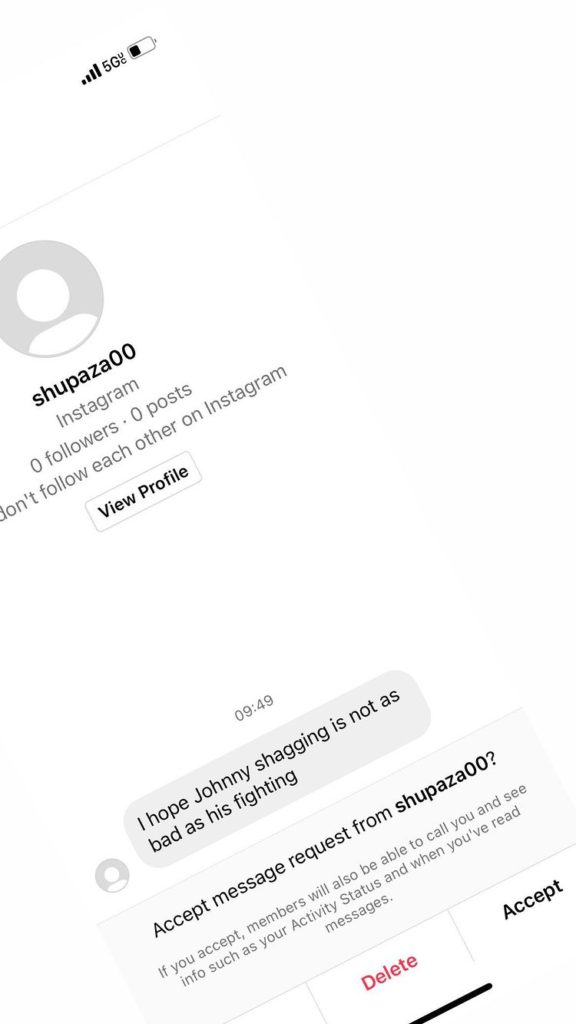 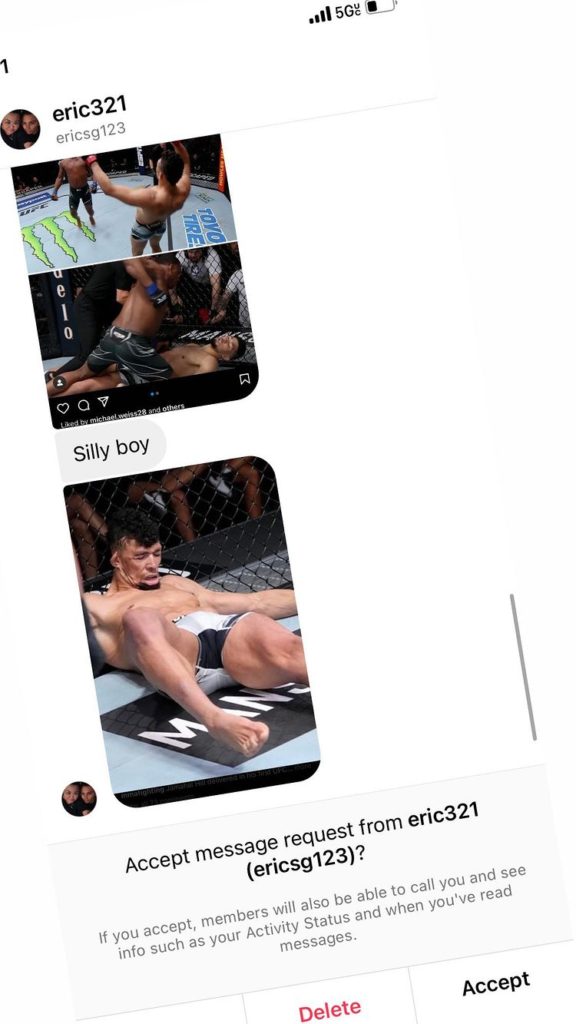 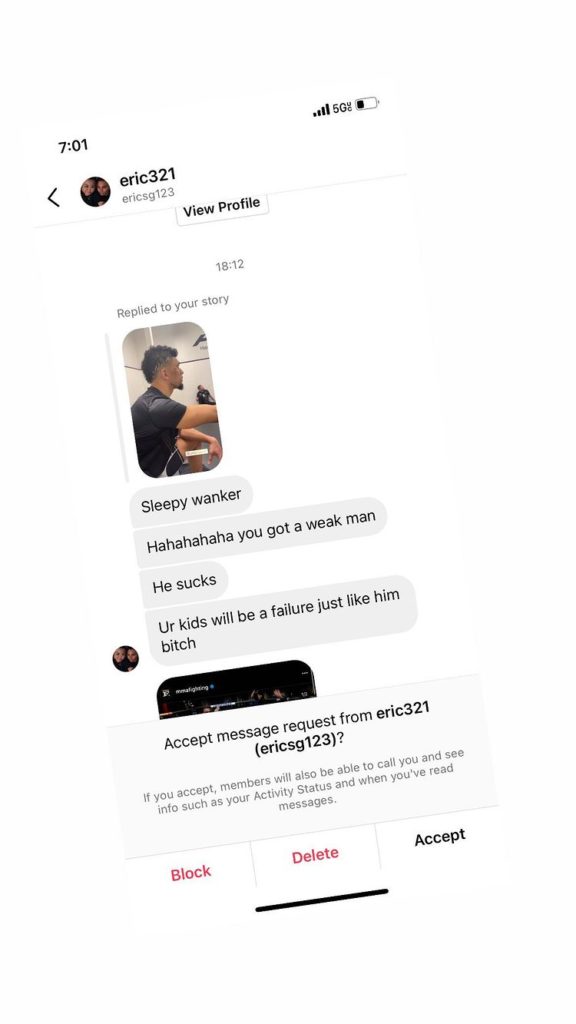 She also penned a long post about the experience of getting bullied thanks to this last performance:

And just a note in response to the onslaught of comments online. And the disgusting DMs I’ve received from fake or private accounts antagonising me, and/or ridiculing Johnny. How f–king dare you.

This is a sport. No one but the athletes and their inner circle know the sacrifices the athletes make. The effort and dedication that goes into a camp. The training. The early mornings. The late nights. The diet. The sleep. The recovery. The impact it has on those around them. The mentality.

This fight didn’t go Johnny’s way.
For most of you, this is a sport you enjoy watching and knock outs like Saturday’s provide entertainment factor.

But Johnny is my fiancé. He’s a son. A brother. An uncle. A friend. He’s so much more than a meme some people have made him into.

And perhaps my words will go unnoticed.
But before you comment, ask yourself. When was the last time you pushed your body to its limits with training? With diet? With mentality? I know these keyboard warriors probably haven’t broken a sweat in their life and live their pathetic existence through fake or private accounts. And they probably think their comments or posts won’t be seen. But I can tell you while Johnny was in the ER, and I was in the waiting room alone- I saw the comments. I got the messages. And on a good day, it’s water off a ducks back. But on days like Saturday- they were tough.

I get the privilege of seeing the work Johnny puts in day in and day out. And trust me. His comeback will be far greater than this setback. I love you and am so proud of you. ♥️”