Joe Rogan recently sat down with stand-up comedian Andrew Schulz and Akaash Singh on their podcast Flagrant2 . They were having fun and talked about who would be fit enough to be the sexiest man alive. One of the nominees was Chris Hemsworth, famous for his portrayal of Thor in the Marvel universe.

Rogan then mentioned how people on social media accuse Hemsworth of using PEDs. The 54-year-old didn’t argue the accusation, but said it’s not a problem at all for an actor to use PEDs. Rogan hates how people think if someone is using PEDs that it means they don’t work hard to transform their body.

Most of the negative comments come from Twitter, where people are wondering why they don’t do CGI on Hemsworth’s body instead. 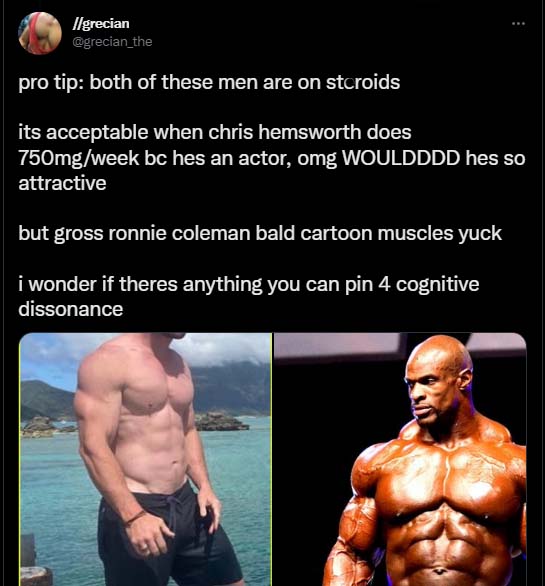 The use of PEDs are prohibited in competitive sports. The legality of using PEDs for actors depends on where they’re located. One big reason Hemsworth prefers not to use CGI is because he can market himself better if he looks just like the character he is playing.

“Featuring marketing for the app like “Build muscle like Chris Hemsworth with Centr Power”, you can’t help but wonder how many extra dollars may have landed in his pocket because of unspoken hormone use.” 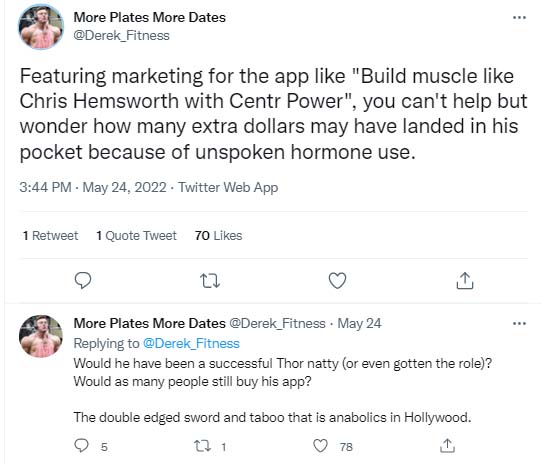 Thor: Love and Thunder trailer just dropped and this might be the sauciest he's ever looked.https://t.co/u6NU11UHq8

Closing in on 40, Hemsworth continues to edge out his previous physique bests.

He also recently sold his fitness app “Centr” for 9 figures.