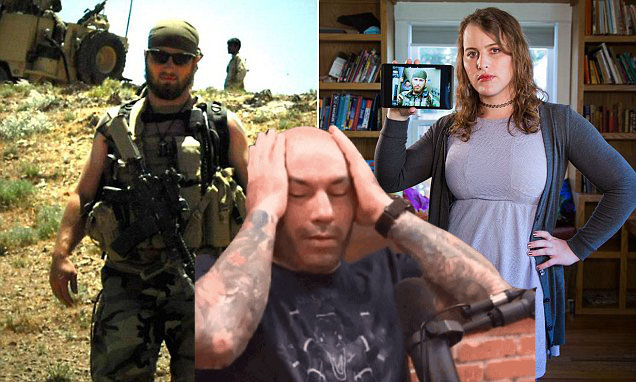 Joe Rogan is one of those voices that was never afraid to speak out about the biological reality of trans female fighting a biological female – in fact this is one of the reasons why there were several attempts to cancel him to date. But if you’ve had even a week in a martial art what he’s saying seems like gospel. Rogan was recently asked to react to the Alana McLaughlin controversy during which a trans female was combating a biological female at Combate Global.

“One of the big ones was, uh, about trans fighter. That was a hilarious one yeah because I’m like you guys can kiss my [ __ ] ass. You’re out of your mind. You guys are out of your mind if you think that a man who has been a man for 30 years and has taken female hormones for two is the same.

You put Brock Lesnar chop his d*ck off and put him in a dress that guy’s gonna maul through the women’s heavyweight division like nothing you’ve ever seen in your life yeah because we’re built different.

And it’s just a fact and anyone who tries to argue that is crazy and there are there… There’s certainly standouts in terms of women who are uh like much more muscular higher bone density. Particularly african-american women have very high bone density. Um but there’s a different shape to their hips there’s a there’s the size of the hands, the size of the shoulders – it’s… Things are different. Also the imprinting of years and years of testosterone.

When a man transitions to a woman and then starts taking estrogen it’s actually helping retain the bone mass that he would have lost by not having testosterone and then on top of that reaction times. The reaction times are several tenths of a second faster in general for women than they are for – for men rather than they are for even professional athlete women. It’s all these all these variables that need to be
Taken into consideration when you’re allowing someone to do a sport. And we’re not just talking about bike racing.

You know something where someone … We’re talking about the most contact, we’re talking about [ __ ] fighting there’s there’s benefits that certain people have. There’s, there’s physical attributes that p there’s variables inside the genders right there’s some men that have gigantic physical advantages over other men and all of those are taking into you. There’s no like even playing field when it comes to even inter-gender competition or you know male versus male competition there’s no real level playing field so the best we can do is say: okay, you guys got to be the same weight you know let’s just make that make it the same weight, and as close as you can get but. But even in that there’s people that are just physically – they’re just they’re just going to be better. There’s no way around it. There’s going to be better athletes there’s they’re going to have better genetics you know there’s nothing you do about that but one thing we can do is – we can keep women from getting beaten up by men and, and men who transition to being women. And if you think that’s fair you’re [ __ ] crazy and it’s just not.”