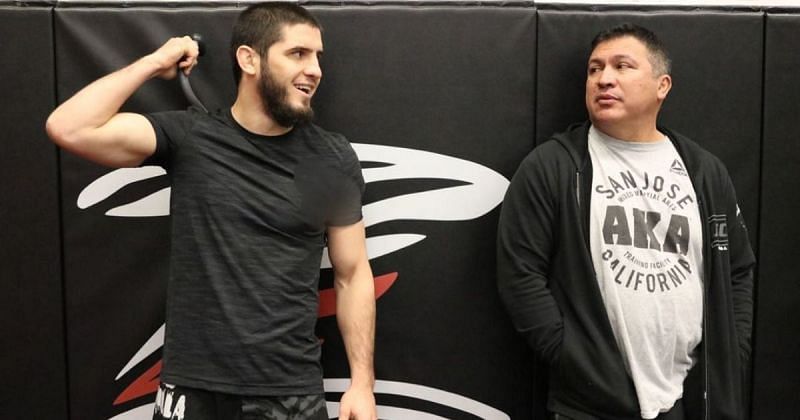 Looks like there are plenty of options for the UFC Lightweight champion Charles Oliveira to defend his title. The two potential title contenders are Justin Gaethje who defeated Michael Chandler and Islam Makhachev who defeated Dan Hooker. Dan Hooker was gracious enough to accept the Makhachev fight on short notice and legitimize Makhachev’s plight. Currently, Islam is on a 9 fight winning streak.

As for the future of the division it’s uncertain – with both Gaethje and Makhachev in the run to face either Oliveira or Poirier who gets first chance to contend in December.

During the live stream on Javier Mendez AKA Podcast, Head coach Mendez raised his concerns regarding the title shot apparently given to Justin Gaethje rather than to Islam Makhachev.

He believes that the UFC is going after the revenue. UFC thinks that they will be able to sell more pay per views with ‘The Highlight’. Without mentioning the name of The Irishman directly, Mendez recalled the moment before Khabib won the title that, UFC had Khabib sign a contract for the fight. But they made sudden changes to the card and put McGregor instead of him because McGregor knows how to sell the events. Khabib was ignored despite the contract. His time would come much later – and in a strange turn of events he would face another fighter further down the rankings to finally get the title – in Al Iaquinta.

Mendez and his podcast co-host Len compared UFC with the film industry. They noted that big-name stars attract audiences and generate larger revenues. No major outcome will be received if the producer casts low rated stars.

“So, that’s what they do. And you know what, it’s not a legit promotion; no promotion is. No fight promotion is legit. None. So, don’t think I’m bashing on one or the other. I’m not bashing on anyone. I just understand how promotion does, and what they do, and what they must do. The UFC is a great promotion, but that’s the politics of the game. And Bellator is a great promotion, but if they were in pay-per-view, that’s the politics of the game for them, too. That’s just the way it goes. Not bashing anybody; just stating facts.”

Mendez highlighted that MMA works similarly. The promotions don’t care what the coach wants. They keep their focus on the business. MMA has now transformed from being a sport to sports entertainment. Fighters like Khabib, Islam come for the legacy.

And while Mendez is not wrong –  sounds like he hasn’t read the UFC lawsuit. In it

Here’s how UFC described what the championship title means to them: