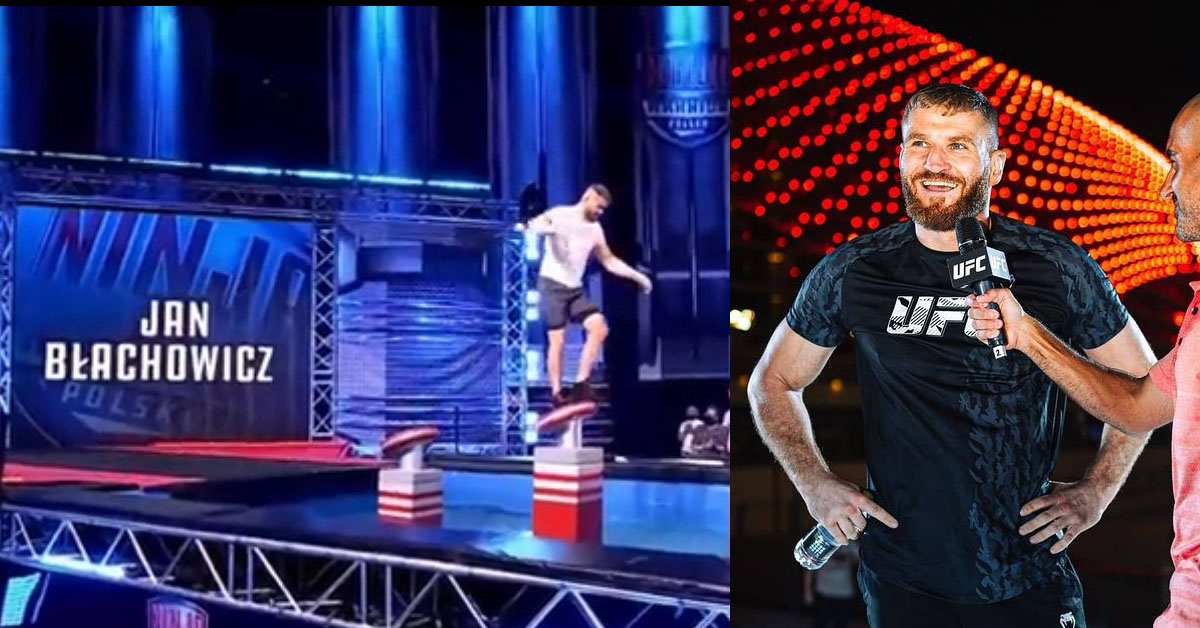 Current Light Heavyweight Champion Jan Blachowicz recently competed on Ninja Warrior Poland. The Polish native should be preparing for his title defense against Glover Texeira this weekend but he still found time in his busy schedule to have some fun.

“I couldn’t catch him because he was very fast, slippery, and he knows how to move his head,” Blachowicz said. “That’s why I didn’t knock him out, but that was a great experience for me because I fought five rounds with a great kickboxer. Everybody thought I couldn’t fight against him in the standup, but I showed the world that I can, and I think my standup game was a little bit better than his, so it was good for me. After three rounds, I took him down, and I knew that he was going to be mine.”

And as for the rematch:

“Yes, why not?” Blachowicz told UFC Arabia. “But if he wants a rematch in 205, he needs to come back, win two or three fights with the top 10 and then with me.”

Now for the part everyone’s been waiting for check out the clip below to see how Blachowicz performed as a ninja warrior.

Jan Blachowicz competed on Ninja Warrior Poland, and it was awesome. pic.twitter.com/8D8vaJnA7S