Johnny Walker was subjected to a lot of mockery for his iconic loss to Jamahal Hill. Hill sent Walker flying into the fence with a well placed temple strike – and then finished him up against the fence.

Walker’s face was the breakout meme of the event.

Jamahal Hill shut off the lights and tucked Johnny Walker in with one punch @SpinninBackfist pic.twitter.com/BCYAaZ5njN 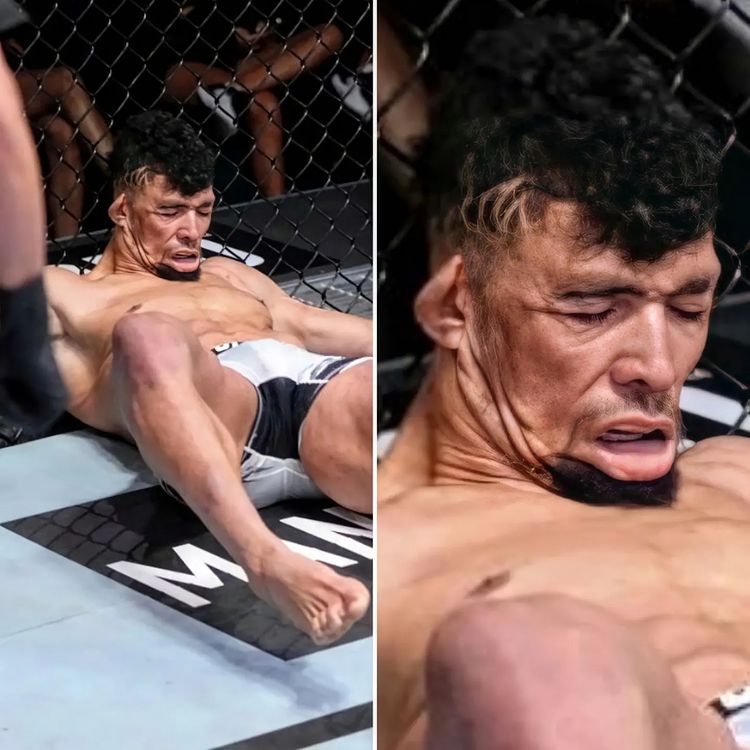 But to make matters worse, those closest to Walker were personally targeted.  His coach John Kavanagh and Walker’s fiancé. We reported extensively about it.

It’s gotten so bad that his opponent Jamahal Hill felt compelled to provide his perspective:

“I do what I do for the entertainment of the fans, and the love of the sport, bro. And whenever I’m successful, yeah, me and another fighter. I mean, I get when I get a knockout and I get these have these moments that you’re like, bro don’t use that time to dog somebody bro.”

“Yeah, I mean, I’ve received I’ve lost. So I’ve received  the ridicule and the things that come with that, you know, I mean, and I understand that people are ignorant, but I can only imagine how y’all doing my man’s right now bro. And that s–t ain’t cool bro. That s–t ain’t cool think about it that was you think about it that was your kid. Me your brother your mother your father? Yeah, I’m saying Come on bro. At some point we got to draw the line bro. Where’s the line at bro? Where do we become where where do we still be able to come out and look each other in the face? Yeah, I mean it still be people. ”

“I mean, he got knocked out it happens people have been knocked out many times before and most of you motherf—ers is talking whenever put yourself in a position you run like a little bi–h. You hide in a house out of saying y’all before y’all cowards bro.”

“So for y’all to sit there and do this to this man who steps out against the best in the f—ing world. You know, I’m saying, people who train night and day to do that. Y’all run from basic ass people. Cut it out you f—ing cowards. I mean, send behind the screen talking. Get out that man inbox he’s still eating he’s still got money. You probably broke sitting your f—ing mom’s basement
Well, I you will find mine you came to my page to see me to see me do that just see me when if you to go and dog people get the f— on bro. Don’t f— with that s–t, bro. Leave that man alone. Let him get back to his drawing or get back to his craft because you’re gonna keep watching for him putting his body and all that s–t on the line. F—ing week bro. Cut that s–t out, bro.”

For the entire video rant press play below: