UFC Belts are an interesting artifact. Mixed martial arts are a young sport but they’re teetering somewhere exactly half way between legitimate sport and purely for entertainment purposes.

On one hand, there are rankings – although they’re largely fictional and meaningless on the other hand the payments are measly compared to professional sports. Not to mention there’s the ‘money’ factor making it so that anyone can jump the que as long as they can market themselves.

One especially interesting moment happened in January of this year when Francis Ngannou had won a decisive bout against Cyril Gane in the middle of a contract negotiation war with the UFC. There, Dana White dodged his usual duties and instead had another UFC official present Ngannou with the belt.

But the belt itself has also gone through a revamp with the change of ownership. While previously there was a series of buttons on the back of the belt – nowadays the belt actually has a velcro looking snap – for ease of attachment in the cage.

But the velcro snap isn’t a permanent fixture – it’s more of a quick fix so the brass would put the belt on a champion fast in a pinch.

When the champions pose with the new belt – you can clearly see that buttons are still in play. 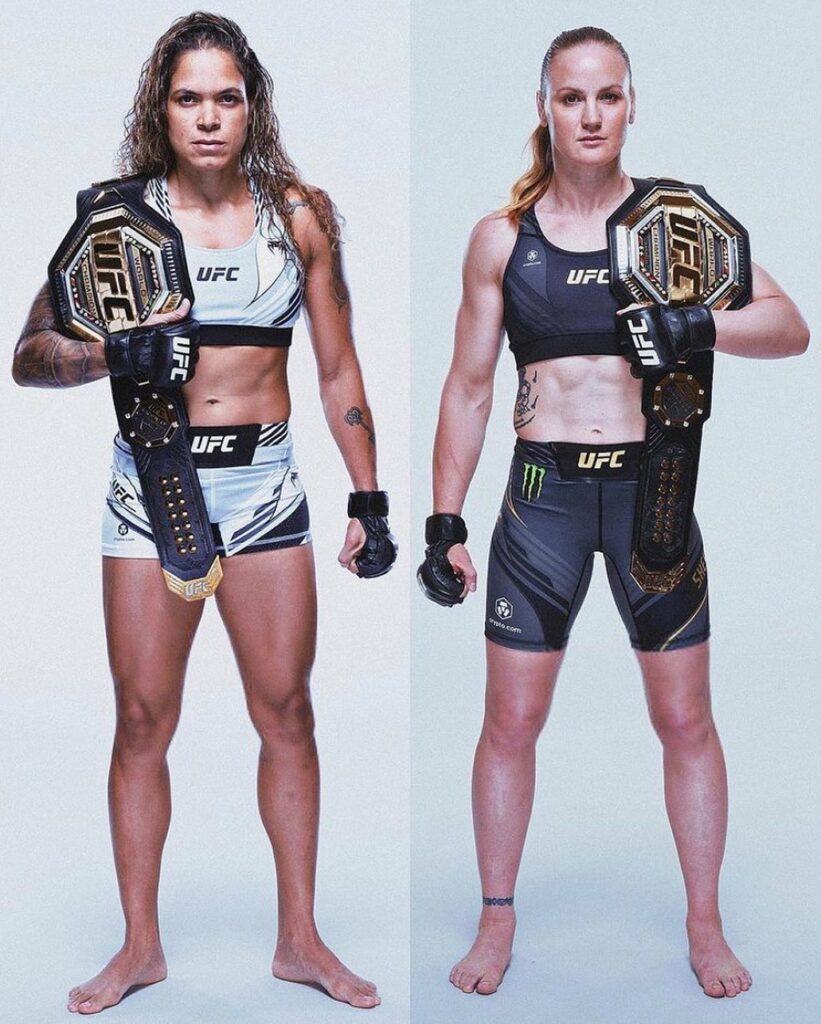 Regardless of this, some fans didn’t take too kindly to the quick fix tactic and went on to say:
“I want my money back for every ppv I’ve ever bought after learning this”

“I think it just makes the belt look a lot worse. Takes away the legitimacy. Like it’s 12 f**kin pounds of gold but they can’t have buttons on it ”

One fan was quick to debunk:
“I think it’s also not the real belt. Like they send them one with a stronger metal and better leather that’s permanent for them to keep and then they add jewels when they win defenses”

“Yes, I’ve heard they have 2 belts. One for home, one to present. That’s at least what they do in wrestling if not mma. They also have one belt strictly for being on tv”