Besides Bellator 275 and PFL Challenger, there was also a pretty solid LFA card happening as well. During the 125 card Jacqueline Amorim battled with Loveth Young. 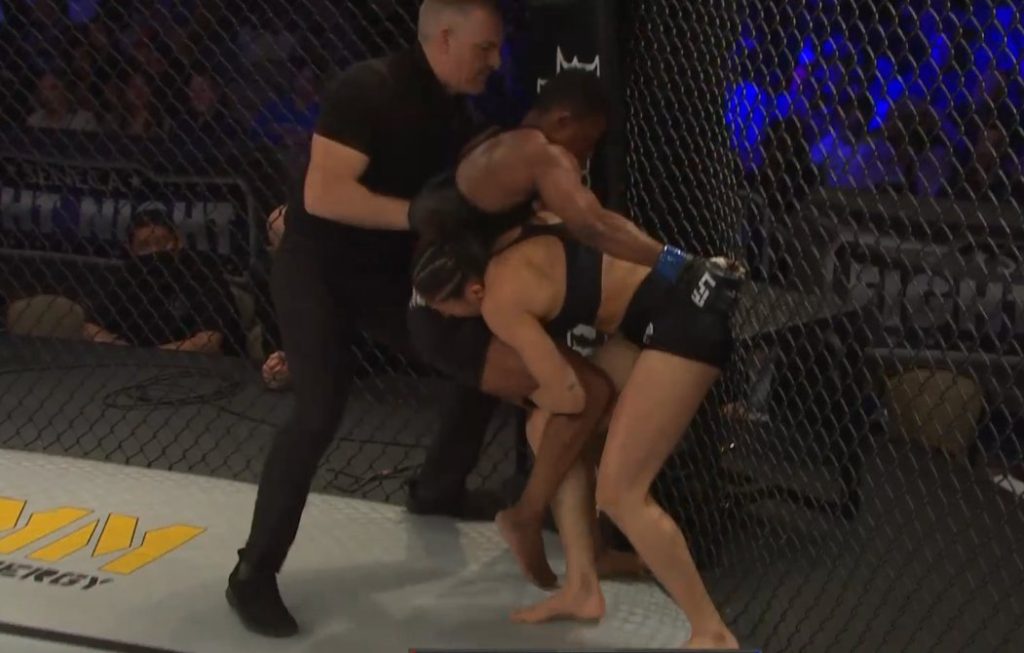 Loveth Young reminded us of an old Kenny Florian cheat when she went and grabbed the fence with Both arms in order to prevent a takedown from Amorim.

Of course this was nothing but a feeble attempt all things considered – she got a point docked from her for the gross infraction.

After an egregious fence grab by Loveth Young, Jaqueline Amorim gets the kneebar to win the LFA Strawweight belt. Amorim is now 5-0 with 5 first round finishes in only 5.5 minutes of total cage time! pic.twitter.com/kCgRXNtKeB

The fight soon restarted and Amorim got dropped. But she more than made up for it on the ground when she applie a painful looking armbar to the leg of the cheater.

Do not mess with Jaqueline Amorim on the ground!!! #AndNew#LFA125 pic.twitter.com/a1jrEe93X8