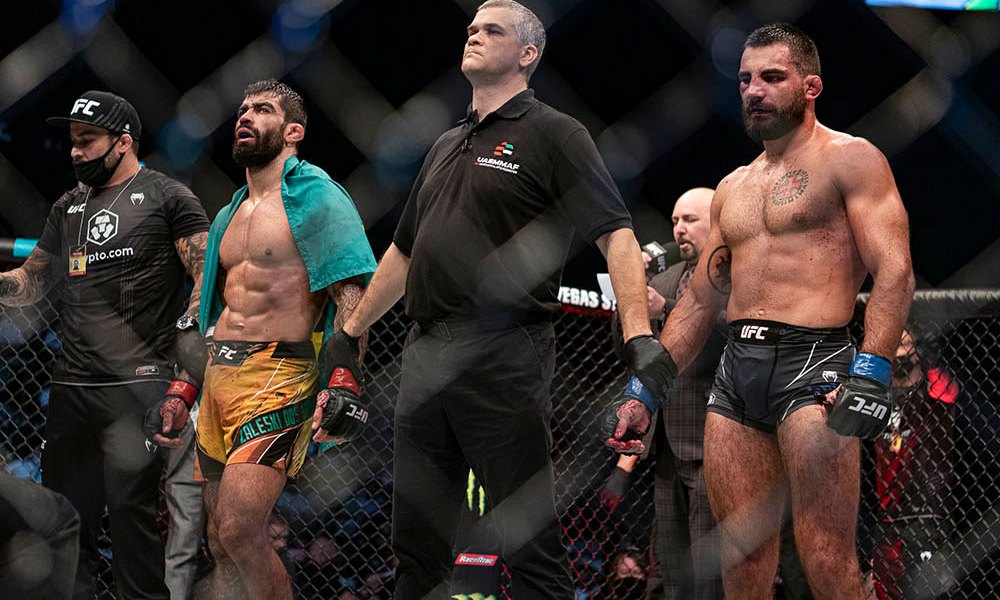 The UFC is slowly becoming infamous for nickel and diming its talent. But perhaps a story more crucial – is that last night a referee who clearly wasn’t familiar with the rules was let into the cage with fighters.

The referee in question is Vyacheslav Kiselev. Kiselev fought in MMA from 1997 to 2003 according to fightz.cz. His fight record consists of 6 straight losses. But regardless of Kiselev’s success or failure as an MMA Fighter – this moment shocked everyone.

While the fighter told the referee he couldn’t see – Kiselev didn’t offer to have a doctor come in and examine the fighter. In addition to horribly mismanaging this incident he also failed to stop the fight – in spite of it being very one sided.

It’s interesting to note that Kiselev is subjected to all this criticism whereas nobody offered to do anything about Herb Dean’s shameful performance in Ortega vs Volkanovski.

Perhaps it’s best to look at this incident from the perspective of pay. According to reports the average MMA ref makes from $1700 to $2500 for refereeing a fight. If he referees multiple fights on card his pay could get upto $5000. And in case you’re refusing to take our word for it…

So being a referee in mixed martial arts seems like more of a gig and less of a career choice. This in turn makes it apparent why the sport is still widely considered young. By comparison a boxing referee will make significantly more. And as we consider other professional sports – the picture changes significantly.

And to make matters worse ESPN journalist covering the fight in question didn’t even know which fighter is which.