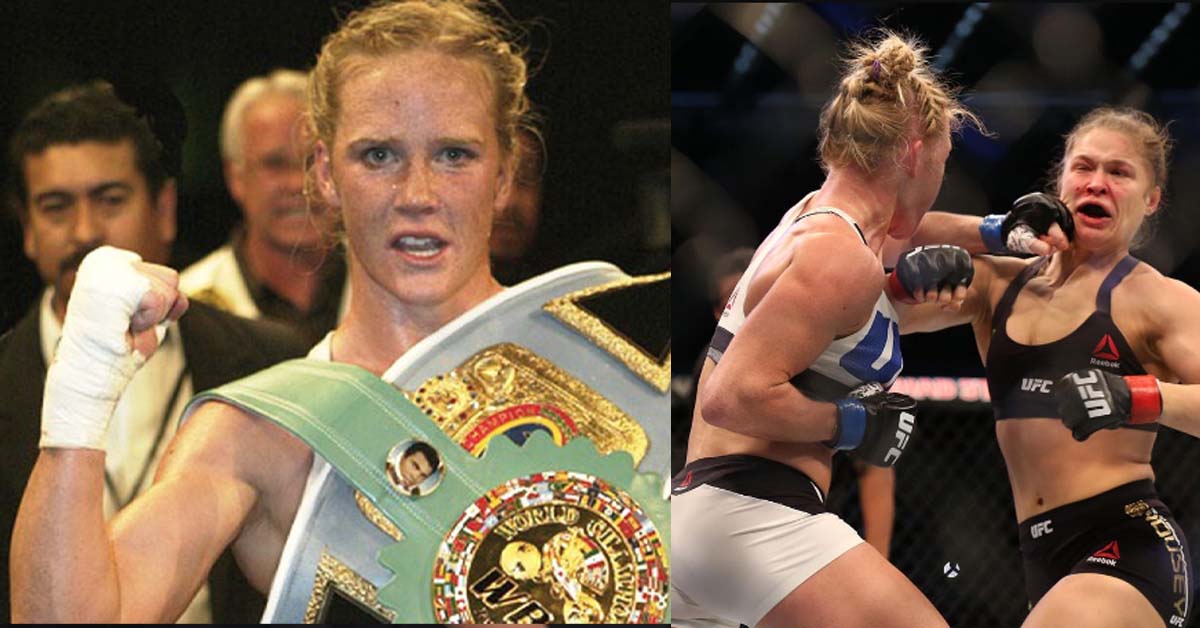 UFC doesn’t really feature any boxing greats – that is beside recent inductee in Boxing Hall of Fame Holly Holm. Holm is set to be inducted in 2022 and has held titles across multiple divisions as an 18 time defending champion during the course of her boxing career.

Previously Holm was reluctant to weigh in on the debate in spite of everyone from Cormier to McGregor butting heads over it. Holm is content to be out of consideration for many analysts because she believes the two sports are very dissimilar. And not just when it comes to paying the fighters.

“I think it’s honestly really hard to put a name on it because as far as just boxing, it’s just very different the way you even use boxing in MMA,” Holm explained when speaking to MMA Fighting. “So in order for me to be able to tell someone you’re the best boxer, I would like to see them boxing.

“Because the thing is boxing’s just different. You’re wearing a little bit bigger gloves and you’re only using your arms and when you get in the later rounds and you can still only punch and your arms feel like they weigh 100 pounds, let’s see how crisp you can hit. I feel like there’s MMA boxing and there’s boxing and I think that’s really hard.”

“I think people talk about certain people’s boxing but even boxing in MMA, you’re at a longer range because you still have to worry about kicks and there’s always clinching involved with that,” Holm said. “So you can clinch and throw punches out of that. I just feel like it’s hard to say, ‘Oh, this person’s the best boxer in MMA.’ It’s really hard.

“There’s some [fighters] that don’t mind exchanging and they focus more on their standup than their grappling, but as far as being the best boxer, it’s really hard put a name on it. I’m afraid to even throw out a couple names right now cause I could argue both sides of it. You have people that are sometimes just harder to hit because they have a long reach but are they using their MMA stance to keep that range and still land their punches? Like that’s a good boxing sense in MMA. But would it be the same if they were just in boxing? It’s hard to say.”