Internet sensation Hasbullah Magomedov has become pretty popular thanks to the growing social media platform TikTok. The 18-year-old who has a form of dwarfism hangs around with many popular MMA stars, like Khabib Nurmagomedov. In October last year, he faced off with Tajik singer Abdu Rozik after UFC 267, Rozik also has dwarfism.

This time, the mini-Khabib hilariously called out the Youtuber, Logan Paul. Paul appears to be game – or at least pretended to be thanks to Hasbullah’s massive following.

Hasbullah Magomedov took to his Twitter account to post a video where he challenges Logan Paul. In that video, Hasbullah can be seen hilariously challenging Logan Paul and demonstrating a combination of punches. In the caption, the Russian wrote that he wants Logan Paul’s NFT, a one-of-a-kind digital asset.

“Hey @LoganPaul, I challenge you [to] fight for your NFT.” Hasbullah wrote.

Hey @LoganPaul, I challenge you a fight for your NFT ??? pic.twitter.com/vfWD0aWl6D

As a response to this, the 26-year-old American posted a screenshot of that video on his Instagram story. He wrote “called by the king himself” and tagged Hasbullah’s Instagram account. 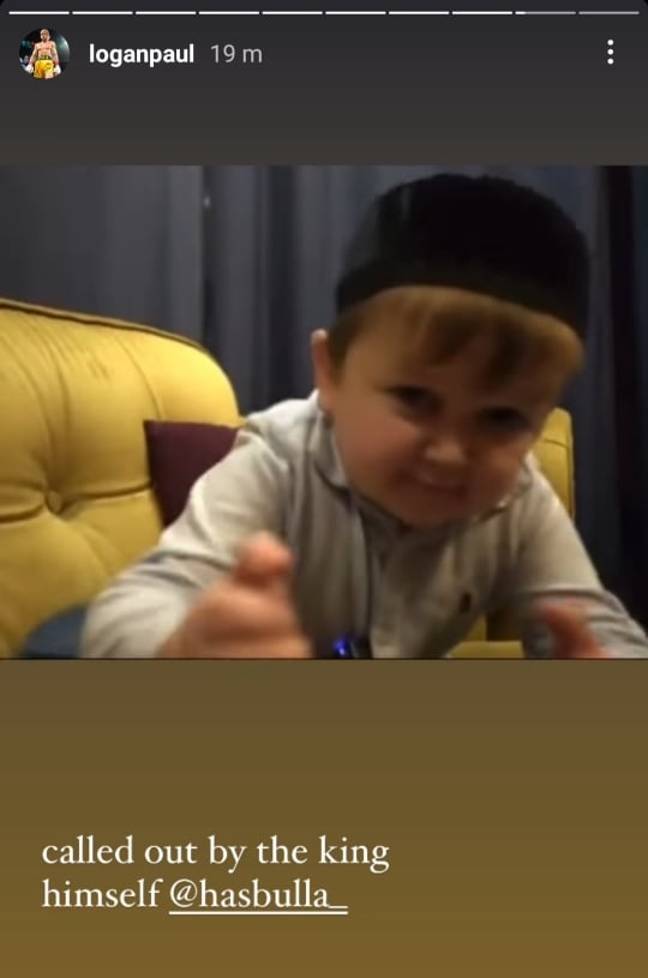 Previously, Logan Paul shared with fans the total amount  he spent on NFTs in 2021. It was revealed that he bought 139 NFTs from 16 collections at a total of $2.645 million.

Logan Paul’s beef with the Youtuber KSI ended in the boxing ring and also jumped off Jake Paul’s boxing career.

Recently, Logan Paul revealed that he and former rival KSI had started an energy drink business together.

Hasbulla appears to be back on social media after getting suspended for sending vile death threats to another influencer several months back.