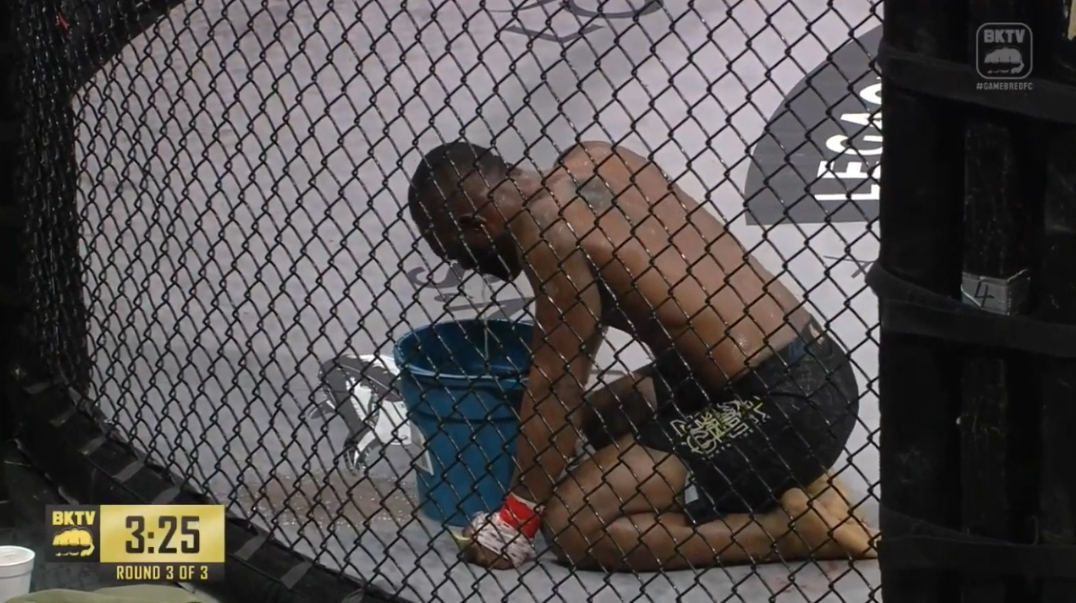 Groin shots are no joke. In fact statistically speaking in one research it was found that in the UFC around 60% of those who strike their opponent in the groin win. This latest case just proves it further.

Jorge Masvidal’s Bare Knuckle promotion Gamebred FC just proved this in the 2nd event they held. During a fight between Anthony Saeger and Jewel Scott there was a particularly excruciating groinshot that further cemented this point.

As you can observe Saeger delivered a stunning blow to the groin of Scott. While the audience were given a replay of the incident a bucket was provided for Scott who proceeded to throw up in it. And the moment was captured slightly later so there’s no movie magic here.

Only fight to go to decision and split. Bet you never seen someone barf in the cage @GamebredFC

Alex Nicholson def. Jonathan Ivey via TKO (Strikes), 1:56 of Round 1

Isis Verbeek def. Monica Medina via TKO (Knees and Punches), 4:01 of Round 2

RJ Summerlin def. Chris Mixan via TKO (Uppercuts from Clinch, Ground and Pound), 0:48 of Round 1

Hamdy Abdelwahab def. Matthew Strickland via TKO (Punches), 0:15 of Round 1