World of competitive jiu-jitsu is famously riddled with PED abuse. This is owed to the fact that just two of the competitions test for any kind of PEDs.

Gordon Ryan has recently slammed competitors that claim to be natural in what looks to be a response to Nick Rodriguez. Ryan said that those who continuously rant against PEDs are often the ones who use them the most.

This seems like an obvious response to his rival Nick Rodriguez, who posted a pic on his Instagram showing his progress. 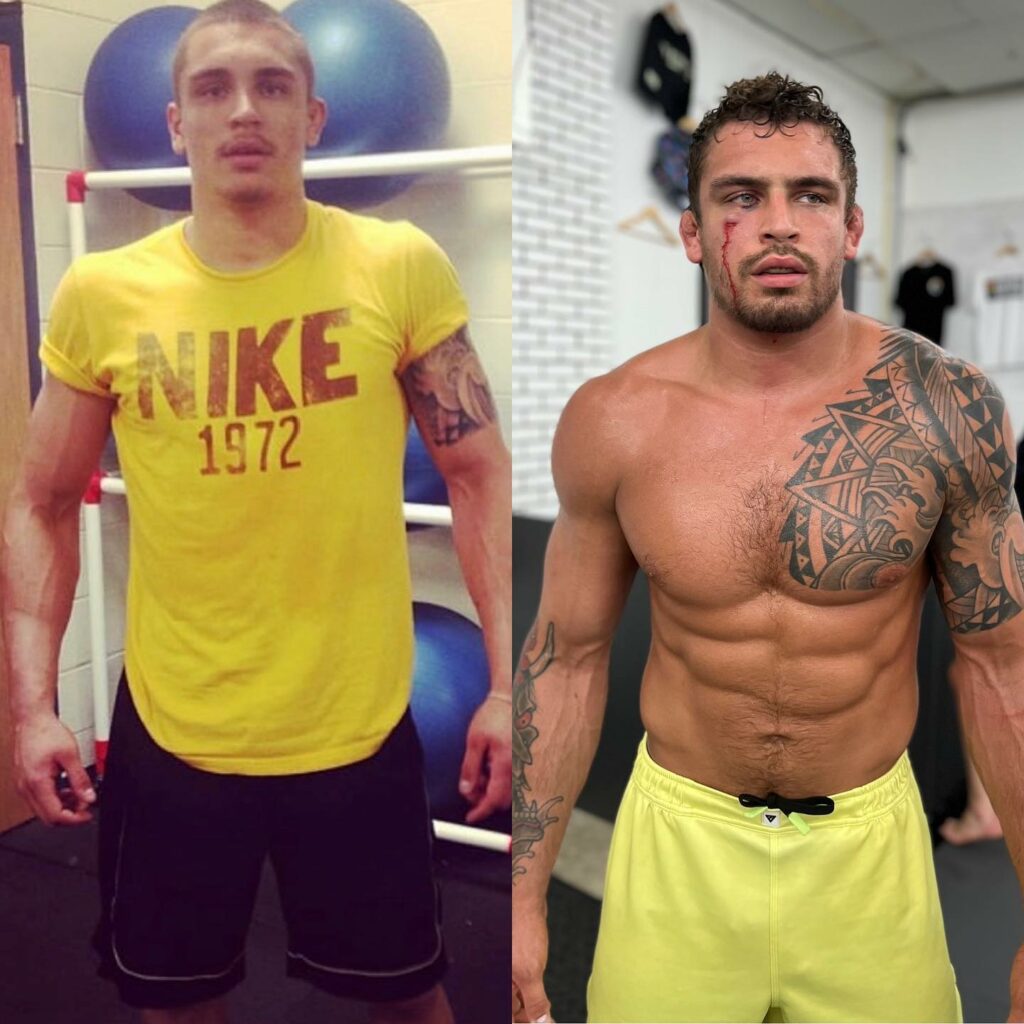 In the caption posted, he called himself a natty athlete competing against PED users. “Nicky Rod” advised the younger generation to follow the same route as him. The caption read as follows: 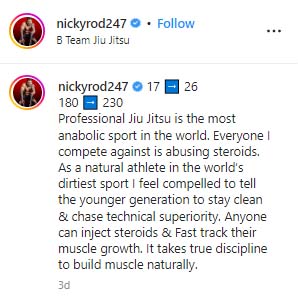 This may have triggered Ryan to respond on his Instagram story. The 2022 ADCC world champion stated the following:

“The people most against PEDs are usually the biggest abusers. If you do a little research and compare their bodies from time to time they are built like Gods and some times they literally have tits. Must be fun building a career around blatant lies and having no problem selling it to the public.”

Ryan is often accused of being a PED user, this is due to the fact his body does not seem to pass ‘the eye test’.

This has been a part of Ryan’s life as far back as 2018 when his ex-teammate Mathew Kaplan said that he used PEDs. Everybody was skeptical of the “King” being natural when he gained 69 pounds in 18 months.

Similarly, he also had to deal with PED-use allegations after his UFC Invitational bout against Rodriguez.

Ryan, who accused Rodriguez of greasing, said that “PEDs are allowed in our sport”. He felt that greasing was a bigger crime.

This is an interesting observation – mainly due to the fact that PEDs are legally banned in US. Under US law it’s illegal to use them without a valid prescription or to distribute them.

This isn’t the first time Ryan had made comments like this – he previously shamed ADCC competitor Lachlan Giles over claims his physique is natural on social media. Giles certainly doesn’t seem as suspect as Ryan but in the world of competitive BJJ, everything is possible.

Ryan also has an axe to grind with Rodriguez considering that Rodriguez started training under John Danaher – who coaches Ryan to date. Rodriguez almost pulled off an upset when he managed to pop Ryan’s ankle during their bout at UFC’s invitational.