Brazilian jiu-jitsu is an interesting sport. Once popularized by the Gracie family, and promoted by UFC – it’s now at a crossroads.

For a very long time the most prestigious competitions in BJJ had no financial incentive attached to the a place on the podium- it served more as a way to market yourself. These competitions are so called World championships (both Gi and Nogi) held by the International Brazilian jiu-jitsu federation.

Despite a formal sounding name – the IBJJF is a for profit organization catering to their margins. Which is why there were no prizes for a very long time. With the ONE FC and UFC streaming service now trying to break into the market the situation is shifting slightly.

Nowadays the sport is regularly promoted by Joe Rogan – who has taken a liking to one of the most dominant champions the sport has had – Gordon Ryan.

Ryan strictly competes in No-Gi bjj but many speculate about his potential in MMA to date. One potential hurdle for his MMA transition is UFC’s USADA testing. Simply put – Ryan does not pass the eye test – and he’s not exactly shy about it. 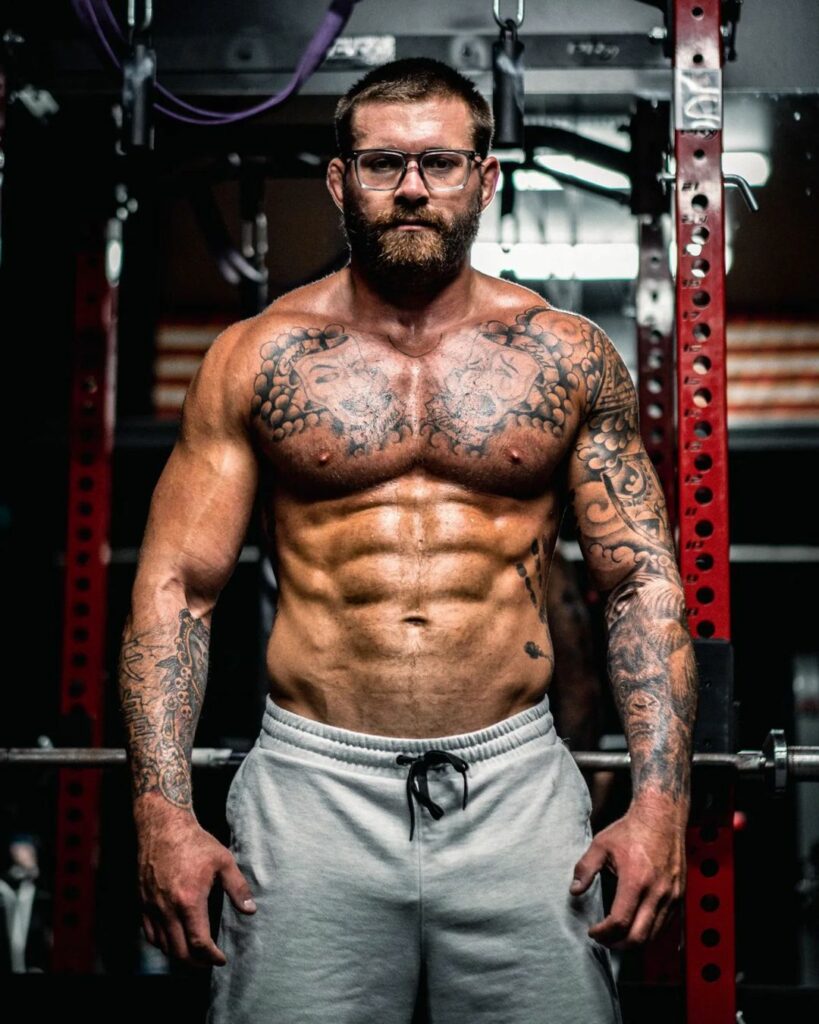 But there’s a firm belief in the BJJ community that some competitors are natural. One of them is Australian ace Lachlan Giles. Giles competes in the 77kg division of ADCC and has an interesting teaching style thanks to his physiotherapy background. This makes him more marketable than most. Not to mention he won the bronze medal in ADCC absolute division in 2019.

But Giles has been a target of Ryan criticism frequently – due to his own condemnation of PED use. 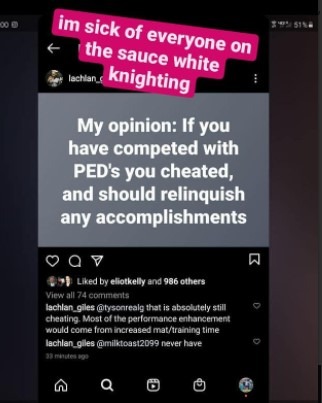 Ryan was not a fan of the proclamation and proceeded to blast Giles in a series of stories. But it didn’t stay there.

Ryan even went so far as to compare the Australian to viral social media star who was recently exposed for PED use.

It’s an interesting way to garner publicity for his UFC Grappling Invitational appearance for sure – especially considering Lachlan Giles isn’t scheduled to appear on the same card.

Not to mention that there’s a different PED scandal currently rocking the BJJ community.