Gillian Robertson was featured on the preliminary card of UFC Vegas 60 last weekend. The Canadian took on Mariya Agapova in a flyweight bout and was set to clash for three rounds. Robertson earned her victory with a submission in the second round. Both athletes were looking to bounce back as they entered the octagon with a loss in their previous outing.

In the first round, Agapova showed better performance while Robertson shot for takedown a couple of times. Robertson, who is a black belt in Brazilian jiu jitsu, clearly wanted the action to go to the ground where she could dominate Agapova. She took down Agapova several times but failed to do any damage.

As soon as the second round started, Robertson successfully took down Agapova. This time, she managed to keep the action on the ground. She finally locked in a short choke variation, but Agapova didn’t tap. While it looked like she was in an internal argument with her arms she wasn’t defending intelligently and proceeded to change colors ultimately going into a seizure and foaming at the mouth.

Robertson understood that there was no escape for Agapova so she told the referee to call it off. Unfortunately, the referee didn’t do anything. Ref finally saw that Agapova was rendered unconscious and at that time he finally halted the event.

“I told the ref at one point, ‘She’s out, she’s out,’ and he’s like, ‘No she’s not.’ I thought she was out for a lot longer than what he thought.” Robertson told media at the presser.

Maraya Agapova was biting her own tongue and essentially foaming at the mouth from the choke applied by Gillian Robertson.  The commentators were even concerned saying, “She’s got to be very careful,” and  “She’s biting her tongue.”

Gillian goes for the single legs, feels Agapova going for the guillotine and immediately rolls to her back while addressing the grips to get out of the guillotine while achieving top control. pic.twitter.com/AkilEGhCNZ 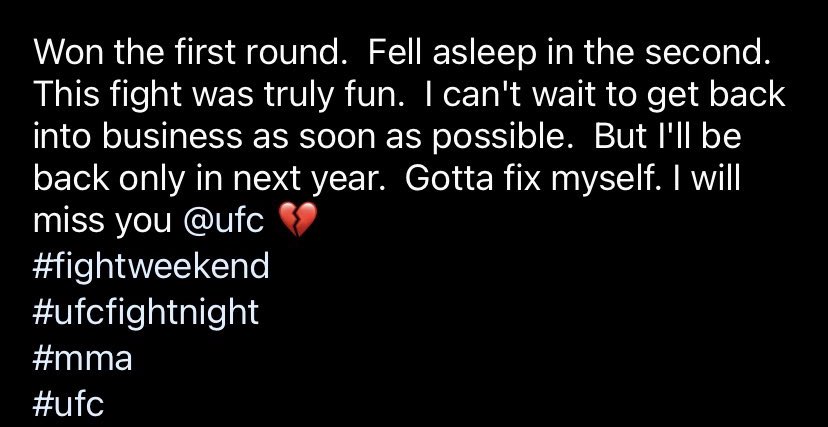