MMA coach Jason Parillo is delighted for B.J. Penn to join the political battle, despite his lack of campaign objectives or pledges. Penn’s old coach supported his choice to become a politician in a recent interview with The Schmo.

Penn declared his desire to run for governor of Hawaii as a Republican. He will be competing among four other GOP candidates on the ballot. Penn will be running with the goal of replacing current Democratic Governor David Ige, who is term-limited and unable to seek re-election.

“BJ Penn, what people don’t realize at the end of the day, he pays attention to politics,” Parillo said.

“He pays attention to history. He’s a history buff. We’d be in camps and he’d just be on the internet reading history, day in and day out, talking to us, ‘Hey Parillo, what do you think of this?’”

“BJ cares a lot, he cares a lot about Hawaii more than anyone. He loves Hawaii. He loves his state, he really is a man of the people out there. At the end of the day, who else is going to do it?”

Penn joined the Republican Party after discovering his political passion during the epidemic. When he ran for governor, the former boxer spoke out against mask requirements and vaccination limitations. He pledged that he would repeal them if elected.

Penn’s campaign, on the other hand, has been criticized for a lack of political orientation. Penn has not updated his campaign goals since most restrictions have been removed during the last several months.

Penn’s official campaign website does not state any objectives as well. However, it does ask Hawaiians to “join the fight” by donating to his cause.

He’s also promised to stand with the National guard to thwart World Health Organization representatives from coming to Hawaii. 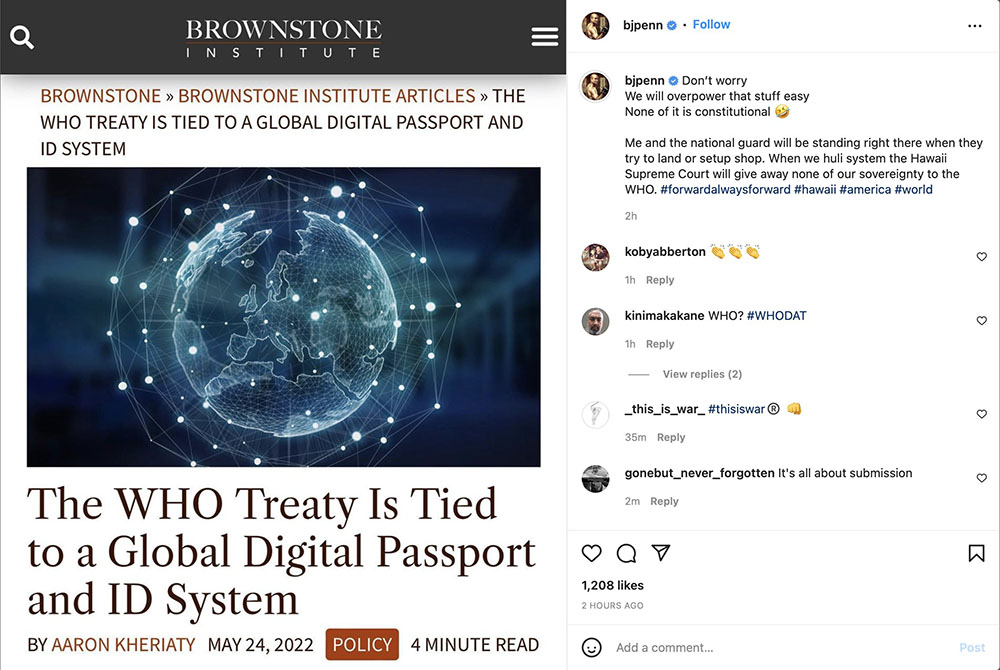 Me and the national guard will be standing right there when they try to land or setup shop. When we huli system the Hawaii Supreme Court will give away none of our sovereignty to the WHO. ”

Despite the absence of campaign pledges, Parillo feels Penn’s choice to run for the government will benefit him and his home state of Hawaii.

“He’s a true fighter, no one can talk him out of not fighting over his last couple of years of fighting,” Parillo said.

“He needs something to focus on and he’ll put in his whole heart into it, he’ll put all his energy into it and I think he’ll make some good changes and good progress for Hawaii. Because at the end of the day, he’s not really going out there doing it for money.”

Penn was previously endorsed by Joe Rogan, Tulsi Gabbard and Tito Ortiz (who is helping him fundraise).

As for Penn – there are valid concerns considering he’d like to fire everyone and start from the ground up if elected. Not to mention he’s in the company of a prominent flat earther.