Paulo Costa might be a being a dangerous brawler  but his social media followers see him in an entirely different light.

UFC middleweight is no stranger to bizarre social media conversations – such as when he uploaded a photo from NASA’s website while questioning if there are two suns on Mars. Costa also pondered the possibility that the image was doctored. 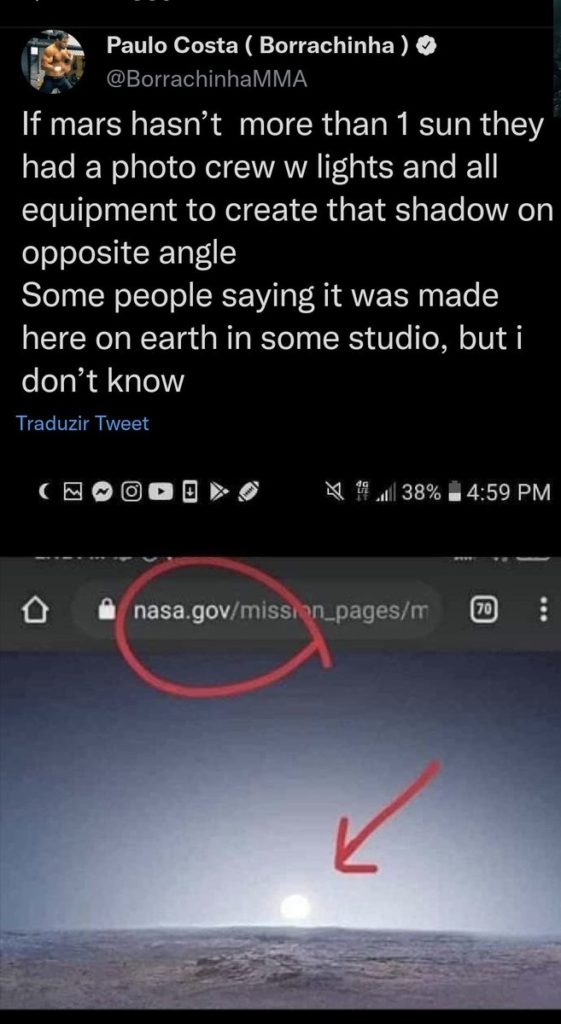 “If mars hasn’t more than 1 sun they had a photo crew w lights and all equipment to create that shadow on opposite angle
Some people saying it was made here on earth in some studio, but i don’t know.” Costa wrote.

A Twitter user @judicarlee_ then replied to Costa telling him that it’s a moon.

“Paulo I think that’s a moon.” he wrote. 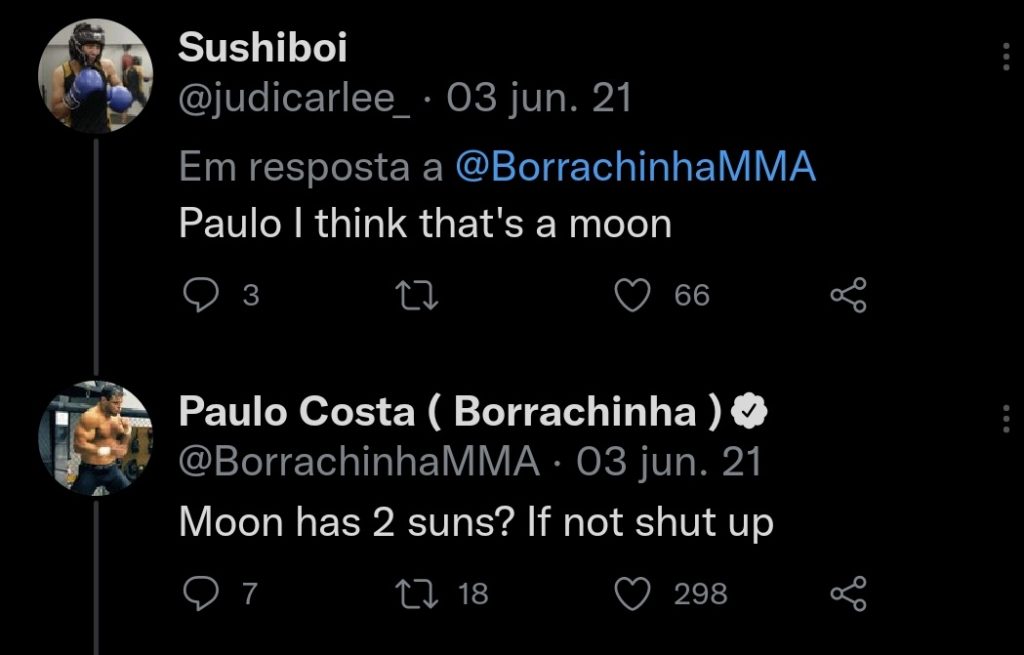 But Costa seems to have a thought of his own.

The Twitter user then gives a deeper explanation to Costa about Mars’ moons and how the picture most likely is made.

“Mars has 2 moons! So likely what you’re seeing is the shadow being cast by the sun, but the planetary object in the horizon is one of its moons.”

Costa seems to be convinced for a while, before realizing other things on the picture.

“No actually doesn’t make sense.
That “moon” is so bright to be a moon.” wrote Costa ten minutes later.

Other Twitter user @mrrobertmiller then joins the conversation telling Costa that moon can be bright as well.

“Moons can be bright Paulo.” told him. 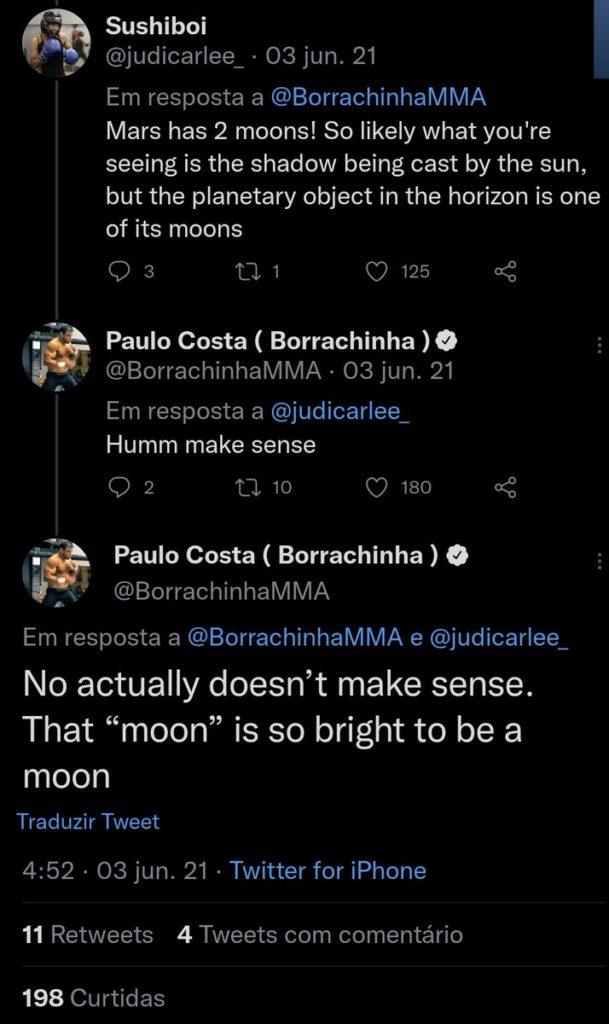 Another Twitter user @lovrosedej then gives the Brazilian another explanation saying Mars’ moons are different from our moon.

“Ours isn’t but that one is much closer than ours and the light it reflects shines more.” he said.

‘The Eraser’ is currently on a two-fight skid after losing his first title bout against the champion Israel ‘The Last Stylebender’ Adesanya in September 2020 and losing his comeback fight a year later against fellow former title challenger Marvin ‘The Italian Dream’ Vettori last October.

Costa is rumored to be matched in June against former middleweight champion Luke Rockhold that has been away from competition since July 2019 and looking forward to making a comeback against ranked fighters.