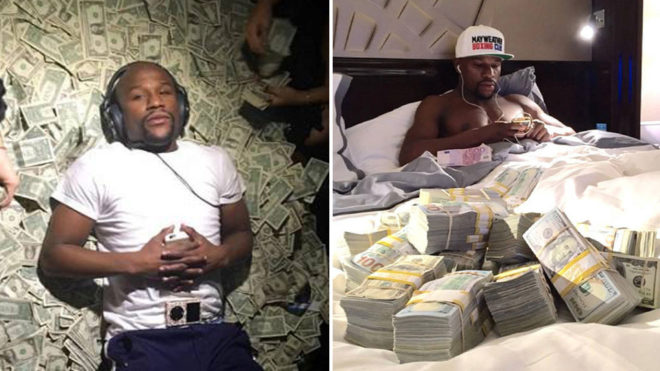 Floyd Mayweather, the American boxer whose technical prowess made him one of the best pound-for-pound fighters of all time, joined Fanmio.

In 2020, after joining Fanmio, the boxing legend gave his admirers the opportunity for an exclusive online one-on-one interaction.

“I would love to invite you to Fanmio, where you can personally meet me, in a one-on-one video meet and greet,” Mayweather said in a video promoting the virtual encounter.

“Now here’s your chance, to meet me, no matter where you at around the world.”

“This event is unbelievable, you guys don’t won’t to miss out, I’ve got some exclusive pieces I will be signing just for this event.”

Mayweather announced his retirement in 2017 after defeating UFC star Conor McGregor in a money grab crossover match. He’s been in several lucrative exhibitions since. But Mayweather also makes a big chunk of his income in the world of cryptocurrency and NFTs.

Mayweather was banned for 3 years from promoting securities back in 2018 following his endorsement of the Centra initial coin offering.  He narrowly avoided law suits tied to this case.

Once that expired, Mayweather was endorsing Ethereummax cryptocurrency and got sued over it shortly after.  Since then, he’s pivoted to NFTs.  His first project was something called “Mayweverse”.  Mayweverse was meant to be an NFT brand and metaverse for Floyd Mayweather. The official discord boasted of 100,000 members. Of course what they didn’t realize is that most of these were bots – the project didn’t sell out.

NFT investigator @ZachXBT did some research. He found out that eight days after the mint, someone transferred the proceeds adding up to $200,000 to two wallets.

Since then he launched another 3 NFT projects. Youtube investigator Coffeezilla calculated Mayweather profited as much as $4.9 million from these endeavors.

Since then, Mayweather launched this new event – which is also an NFT venture. The boxing event against  Don Moore in Dubai on May 14 has exclusive seating.

Exclusive access to this extraordinary event will set you back 65 Ethereum – close to $195,000. The event tickets are available as sport NFTs. NFT – non fungible token is a digital asset that represents real world objects and gives the owner the rights to it.

However, the match was postponed owing to the death of UAE President Sheikh Khalifa bin Zayed. Mayweather since offered that it is bein postponed for May 21st but there are rumors circling now that it will be in October instead.