McGregor’s professional boxing debut was interrupted in the 10th round in 2017. McGregor was defeated by boxing legend Mayweather. Before retiring, Mayweather had an unblemished record of 50-0.

However, according to FightHype, Mayweather and McGregor are in negotiations for a match that would net him over $100 million. In a recent interview with Showtime Sports, Mayweather said that he was willing to face McGregor again.

“Absolutely. He easy. The beef is all these guys look up to me, steal my blueprint and then get to hating on me.”

Mayweather’s promoter then said, “When I say to Conor, if you’re listening, you can get that too. Most definitely. That right, this is very personal. After everything, where they left the ring, they hugged, but things are a little different now.”

Then, McGregor posted a photo from his first bout with Mayweather on social media with the caption, “I accept.” The fractured leg he sustained against Dustin Poirier last summer is still healing for the former UFC champion at two weight classes. 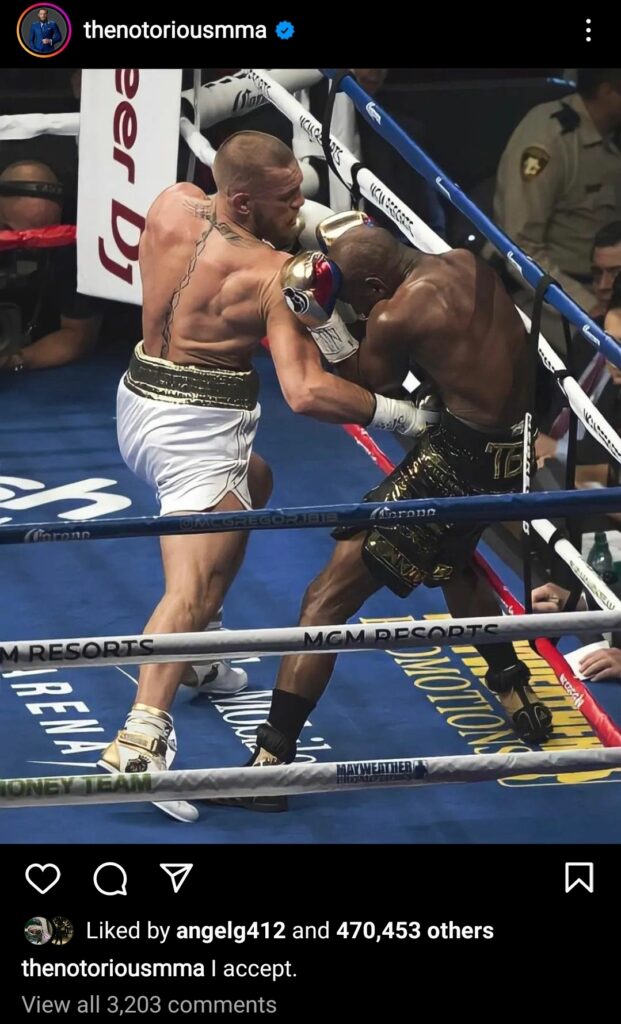 McGregor has yet to begin his full training regimen despite being scheduled to return this summer. Last week, he uploaded a video of himself kicking with his wounded leg.

“Obviously, my return will be in the octagon for UFC – that story is far from over, in fact it’s just being written, it is just the beginning. But, boxing, for sure I will grace the squared circle again in the future.”