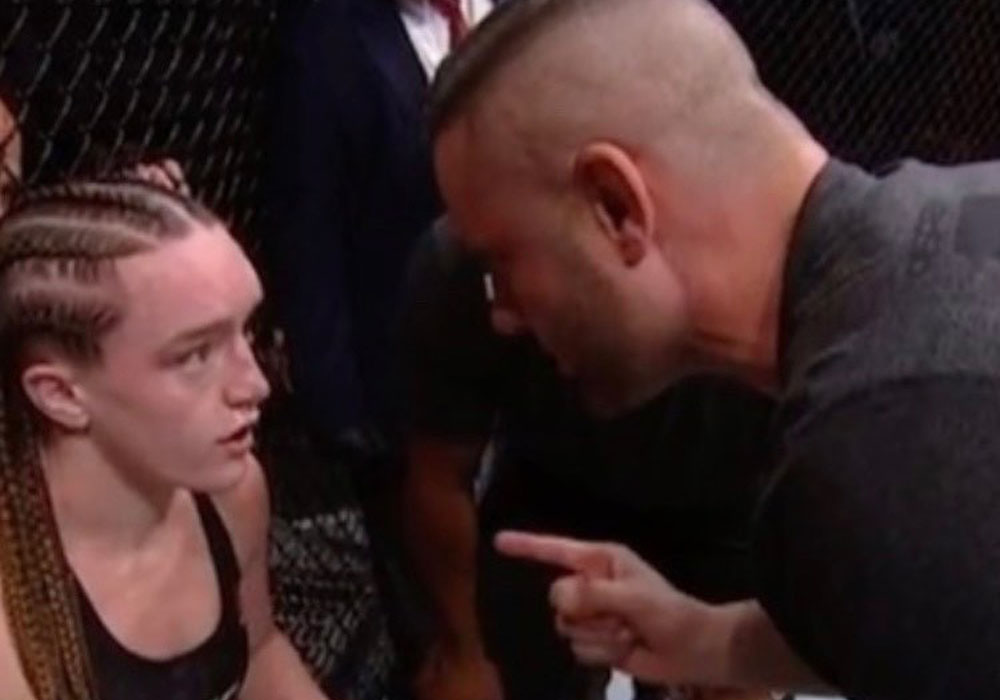 Aspen Ladd’s corner was forced to apologize faced with harsh criticism over how they talked to Ladd between rounds. The coach was somewhat rough and unapologetic – and it’s not the first time they utilized this type of an approach. Lucky for them, the previous time it seemed to work out for them:

However in Ladd’s defeat to Norma Dumont – Ladd didn’t manage to muster up a response to the harshness and ultimately dropped a decision after 5 rounds.

“You’re down 3 to 0. Please tell me what you’re doing,” West said to Ladd. “You have to throw more than one punch.”

“Please, tell me what you’re doing?”

Aspen Ladd’s corner was not happy ?

Many pointed out that this was not particularly helpful – nor inspiring.

Aspen Ladd’s corner after every single round pic.twitter.com/o9o2xP22C6

Ladd getting absolutely scolded in the corner

This is ABUSE, what a douche

Even though some stood in defense of his coaching method he opted to appologize:

“Tonight was not our night. It’s been our night many many times at the highest level but not tonight. I blame myself,” West wrote on Instagram. “Though it may not be my fault. it’s not up for debate. I take all the blame. Yes after the first couple rounds I may have been a little harsh but i know aspen and at that time technical conversation was not in the cards being down 3 rounds. Nonetheless i own it and i am sorry [Aspen Ladd] from the bottom of my heart I will continue to be better each time.”

Ladd has remained silent on the subject.