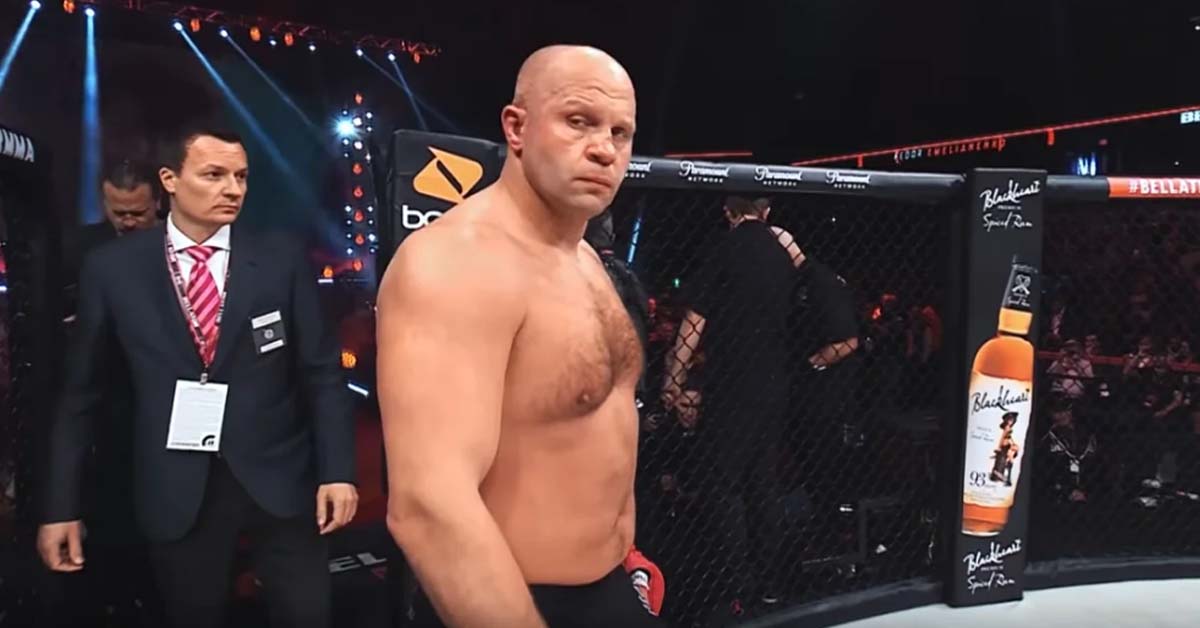 This time Fedor has his sights set on Ryan Bader. And according to reports- this will be his retirement bout. Bellator has long been preparing for a card to be held in Moscow. Naturally they would love for the Russian GOAT of MMA to headline the card – Fedor Emelianenko.

And Emelianenko isn’t shying away from big aspirations – even in his last fight. He would like nothing more than to have a chance to defeat Ryan Bader. Bader is currently booked to fight against Valentin Moldavsky – Fedor’s teammate at Bellator 273 on January 29th.

“That’s what Fedor asked me,” Coker told MMA Junkie. “He’s like, ‘If Ryan beats Moldavsky, I want to fight Ryan Bader.’ That’s what he said. I said, ‘Well, let’s talk about it and I’ll give you some other possibilities in the beginning of January, then let’s see how the fight unwinds and we’ll make a business decision, Fedor. How about that?’ And he said, ‘OK.’ And that was it.”

Emelianenko previously fought with Bader back in 2019 when he succeeded in KOing The Last Great Emperor. That loss happened in the finals of the Bellator Heavyweight Grand Prix worth 1 million dollars.