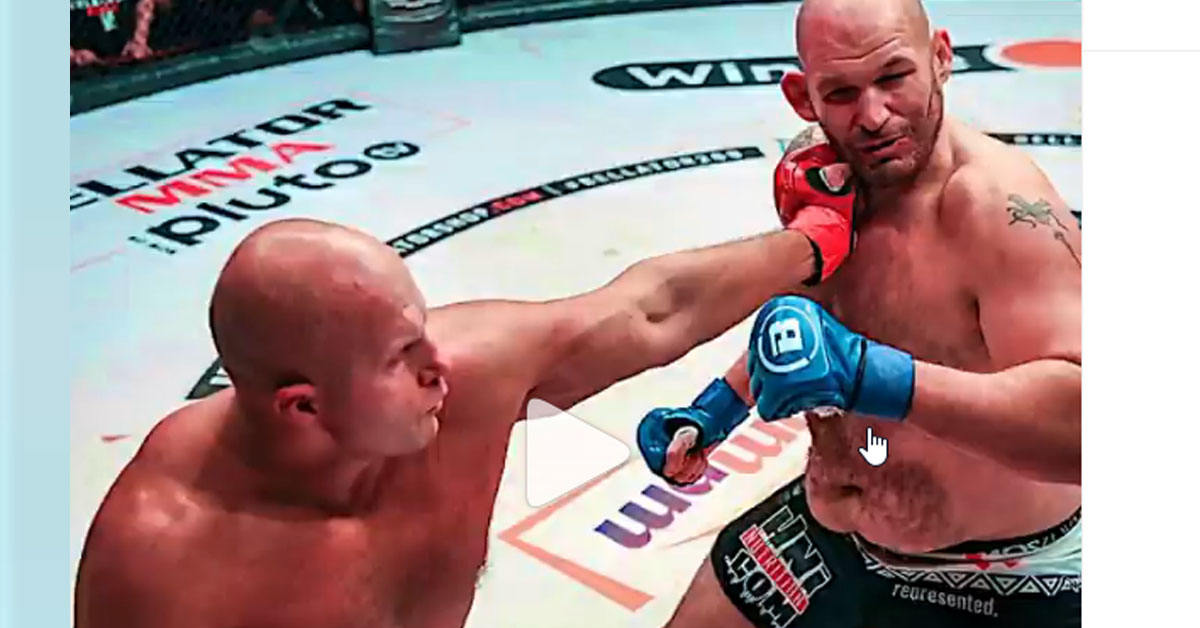 A lot has been made this week about legendary Russian fighter Fedor Emelianenko not joining the UFC. Any time Emelianenko fights, he leaves a lasting impression. This was also the case over the weekend when he fought a former UFC fighter 12 years his junior.

This fight peaked the public’s curiosity – and we can’t help but wonder ourselves: What would’ve happened if Fedor had come to the UFC?

One person who initially offered an unenthused take is former heavyweight champion Daniel Cormier. In an aggressive attempt to go viral Cormier shared that he believed Fedor was “not great”.

“Versus Brock Lesnar, I’ll give you that. I think he beats Brock Lesnar. But outside of that, I don’t think Fedor competes very well in the UFC. I think that, honestly, Fedor not going to the UFC allowed for the intrigue to stay, but the reality of the situation is he would not have done well against those guys like JDS (Junior dos Santos), he wasn’t beating Cain Velasquez, he would have struggled with guys like Cheick Kongo. He was not beating those guys that were at the top of the UFC at that time. I’m certain of it”.

Of course following the backlash for these comments Cormier reneged:

“Guys, let’s just put this out there. I absolutely love Fedor,” Cormier said on his personal YouTube channel. “Let’s not make it anything that it isn’t. Earlier in the week I had this conversation on my show Debate DC…. We had a conversation about whether or not Fedor could rule the UFC in the way that he did in Pride (and) all of the other organizations that he fought in prior. I said no, but I was very specific in the timeframe. I didn’t say that 2005, 2004, 2004, 2006 Fedor couldn’t – 2007, 2008. I didn’t say that. I said in a window of 2009 to 2012, I didn’t think that he would be as good as he had shown to be prior.”

Fedor Emelianenko is reported to have wanted a leaner contract from the promotion – including the right to keep competing in combat sambo. The UFC wasn’t willing to accommodate. But if Fedor’s latest statements are to be believed the UFC would still sign him today if he wanted to:

“As far as I understand, Dana White realized late that the Russian market is huge. Russian viewers want and are waiting for our Russian fighters to appear in the UFC. At that time, we did not have a single fighter who would fight in the UFC. With large gaps – with gaps of many years…

It seems to me that Dana White made a big mistake by not taking us. Plus, when I returned, we had negotiations again. I said: here is my team, I am ready to discuss the contract, fees, and here is my team with me. They answered me in a rather harsh form that we are interested in you, and who is behind you, we are not interested at all. This was one of the moments when I, so to speak, did not go.

He still makes statements. As far as rumors reach me, he wants to have at least one fight with my participation in the UFC, “said Fedor Emelianenko in an interview on Sergey Lodyga’s YouTube channel and mma underground transcribed.