Khabib was invited to Qatar to attend FIFA World Cup finals – and there he met the controversial Islamic supermacist Naik.

Khabib also rubbed elbow with huge sports stars when he was there. He was spotted taking a picture with Paul Pogba, Zlatan Ibrahimovic, Novak Djokovic and more. 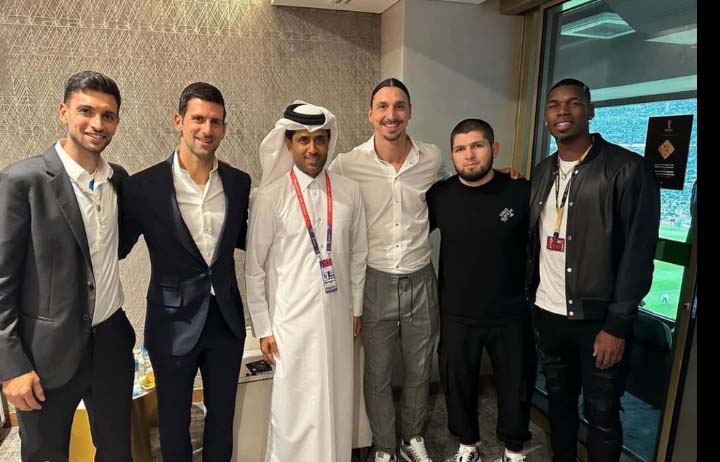 The president of the Islamic Research Foundation posted a photo of Khabib with Zakir Naik captioning it “Interaction with Muslim Personalities.”

On his Instagram account, Khabib posted the same image without the previously stated message. One fan of the boxer called the post “shameful”. Several others stated they would unfollow Nurmagomedov in response to the criticism. 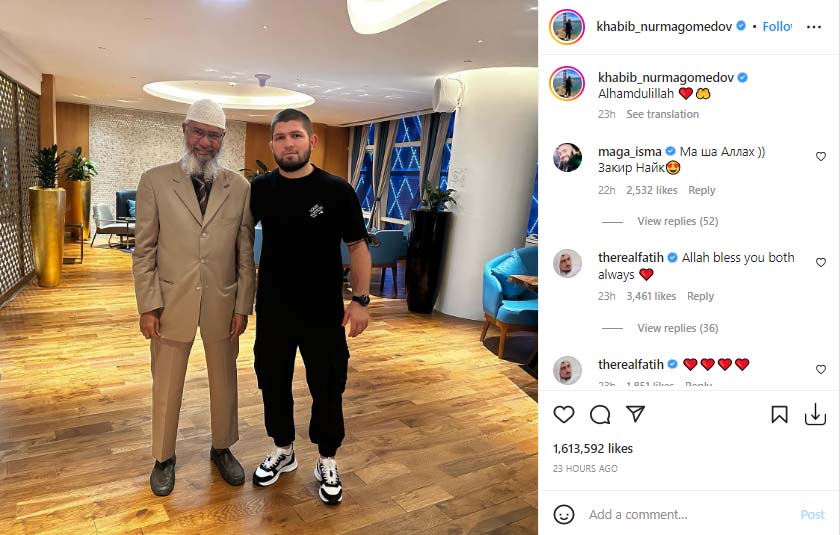 Naik allegedly got an invitation from Qatari authorities to attend the FIFA World Cup Final. Later, it was made clear that the extreme preacher had not received such an invitation.

Zakir Naik is an Islamist televangelist who established Emirati-based Peace TV. This is where he lectures millions of followers throughout the globe on a supremacist interpretation of Islam. His native India, as well as Bangladesh, Canada, Sri Lanka, and the UK, all banned the airing of Naik’s station.

In addition, Zakir Naik is sought by the Indian counterterrorism unit and the NIA (National Investigation Agency) on suspicion of money laundering and encouraging religious intolerance.

It is no secret that Khabib Nurmagomedov enjoys football. The former UFC lightweight champion recently promoted the FIFA World Cup 2022 in an Etihad Airways advertisement.

The images of the Dagestani fighter and his father Abdulmanap Nurmagomedov were displayed atop the Al Jaber Twin Towers in Lusail as a mark of respect. 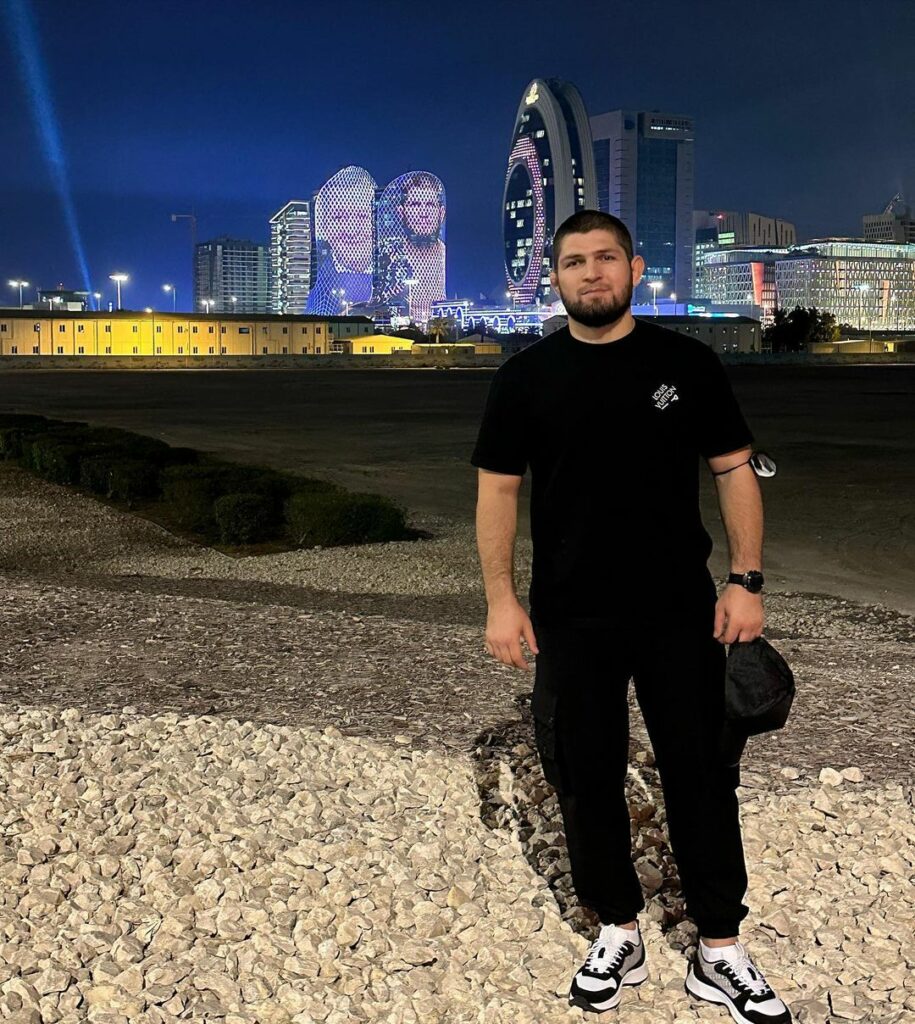 After beating Justin Gaethje at UFC 254, Nurmagomedov stepped down as the lightweight champion of the UFC. He made a vow to his mother that he would stop competing in MMA after the match, and he did so with a 29-0 unbeaten record. Many people think that his father’s terrible death from Covid-19 played a role in his choice.

There’s been an increased level of scrutiny in who UFC champions hang around with as of late. This is in part due to their lucrative visits to Ramzan Kadyrov, head of Chechen state. Kadyrov is accused of crimes against humanity for years and has been sanctioned by the US as far back as 2017.