Adesanya has been struggling to explain his gynecomastia since the very first time it was spotted by the public. While Stylebender is usually game to discuss anything from his nail polish to his anime obsession, the so called ‘tittygate’ is one one the moments he wasn’t able to shrug off easily. More recently Adesanya completed his 50th passed USADA test and shared a challenge for those of us who are doubting his PED free status.

“When you’re great, they talk about tittie-gate.” Adesanya told reporters.

“They just need to find excuses to take away my greatness. I understand that this is what people are supposed to do and I let them. Look, I will give $3M to anyone who can have concrete evidence that I even know what the f*ck I’m doing with ste roids or how to take ste roids.

“I promise you, $3M if you can find anyone who has concrete evidence that I even purchased, touched or done any PEDs  or whatever… pull up. Accusations based off nothing.”

But as the infamous gynecomastia incident shows – Adesanya might not have been pinged by USADA – but the fans are certainly side eyeing his medical condition. 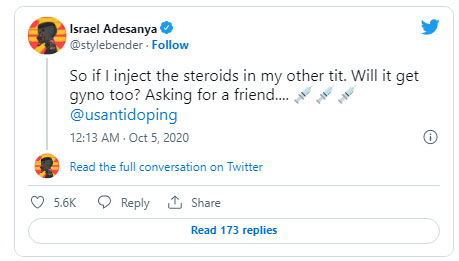 But the fans are already decided – and the prize money just incentivizes internet detectives. 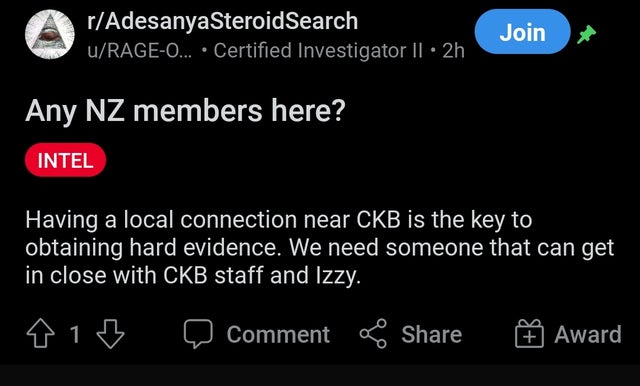 But the ‘search’ didn’t end there either. One stoubborn fan decided to shoot his shot and shared several bits of ‘evidence’ with Stylebender.

No word yet on if Adesanya will pay the cunning fan for this discovery.