Chris Eubank Jr. and Conor Benn boxing clash was postponed (and possibly cancelled) due to fall out from a failed PED test. Benn tested positive for clomiphene. Clomiphene is often used to treat female infertility and is not prescribed to men.

The sons of British boxing legends Eubank Sr. and Nigel Benn were scheduled to box this week.

In the end, the British Boxing Board of Control forbade the match from going on before it was officially postponed.

A lot of words were exchanged in the fall out from the cancellation however some fans are still dismayed that Benn had failed his test and are regretful about backing him.

One extreme version of that comes from a fan that had a tattoo of Benn prominently displayed on his torso. 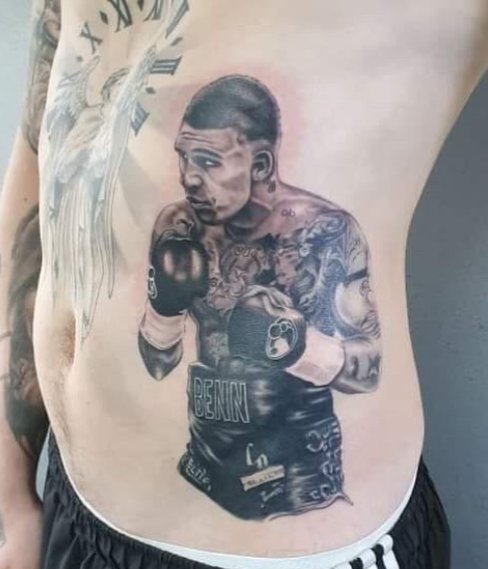 The man had Benn tattooed on his side.

“I’m absolutely distraught @ConorNigel you were my hero and now I’ve got to walk about with this rest of my life as I can’t afford laser treatment to remove it. Broken hearted” – the man wrote on social media.

And now Benn’s opponent has volunteered to foot the bill for the fan to get the tattoo of Conor Benn removed.

Even though it’s probable that the Twitter user was merely trolling, Eubank Jr saw the message and volunteered to help Benn’s former fan.

Chris Eubank Jr. said: “Don’t worry mate I’ll pay for your tattoo removal, just shoot over your info to my team & I’ll sort everything out for you. Email is in my bio.” 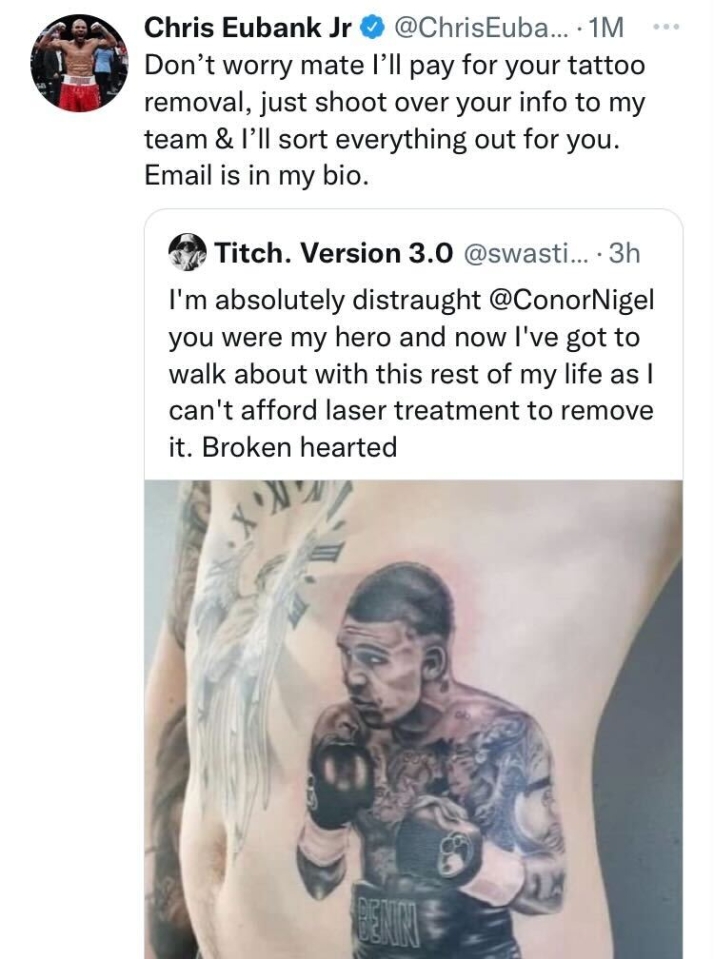 The 33-year-old has been mocking Benn throughout the whole camp. He shows no signs of stopping even after the bout has been postponed.

Eubank Jr has posted a series of videos during training in which he and viral personality Salt Bae indulge in fatty meals. This was an apparent jab at those who are concerned about his ability to hit the 175lb weight restriction for his bout with Benn.

After the bout was called off, Eubank Jr proceeded to attack his competitor by sharing old footage of Benn’s stunned response to Jarrell Miller failing a test before his planned match with Anthony Joshua in 2019.

There is no word yet on exactly what ‘postponed’ means for them.