Chris Eubank claims that even after his bout with Conor Benn was called off, he was still taken for a PED test.

After learning that Benn had tested positive for a PED in August, it was decided that the boxing bout, which was scheduled for Saturday, would be postponed. This decision was made on Thursday afternoon after the boxing commission informed promoters that they would not sanction the bout due to the positive test.

Eubank Jr. expressed his dismay that the event did not go on as planned, but he used the chance to hit his opponent hard.

It seems like Eubank Jr. is still hopeful about winning on Saturday since he invited American YouTuber Jake Paul to go to London and challenge him.

Paul tweeted his reaction to the story, saying:

“I can’t wait to see all of the texts and emails between Eddie Hearn [Benn’s promoter] and all the parties involved in this fiasco. #Discovery #EubankJrBenn.”

Paul’s tweet was quoted by Eubank Jr., who offered the following suggestion:

“How about I get you a jet to the U.K tomorrow and we scrap at the O2 on Saturday for the fans that are now missing out because Conor Benn fumbled AND crumbled under the pressure?”

“You come in as heavy as you want #ForTheFans #EubankJrPaul.” 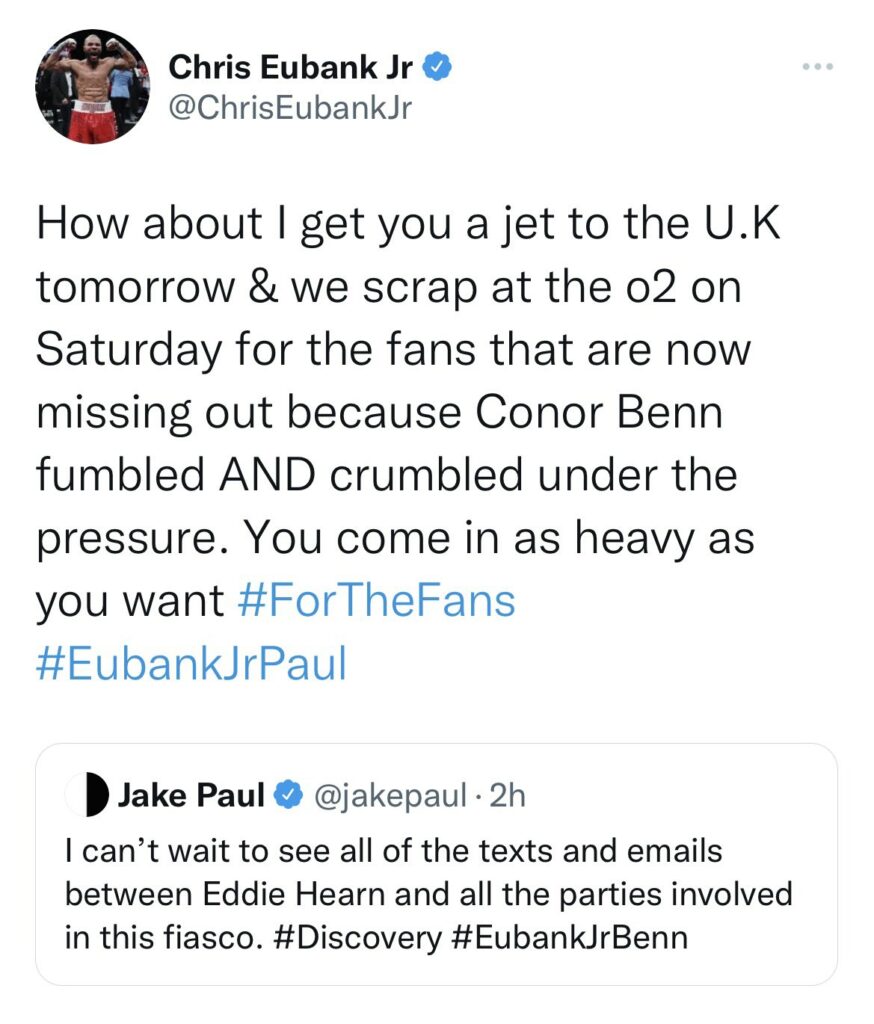 Eubank Jr. did not stop there. He continued to make fun of Benn by releasing a video of his opponent responding to the news that Jarrell Miller had failed a test, preventing him from facing Anthony Joshua in 2019.

Benn expressed his surprise at the boxer’s carelessness in the video. Eubank Jr. posted the video remarking,

“I mean I really just don’t have any words at this point.”

“Even though he’s not on my level, I’ll take £20million to beat up Jake Paul, absolutely,” Eubank explained. “I don’t know how much they’re making”

“I’d be expecting a nice little paycheck from it. Jake is making a lot of noise in the boxing world, he’s undefeated, he is a big name and draws big numbers..” 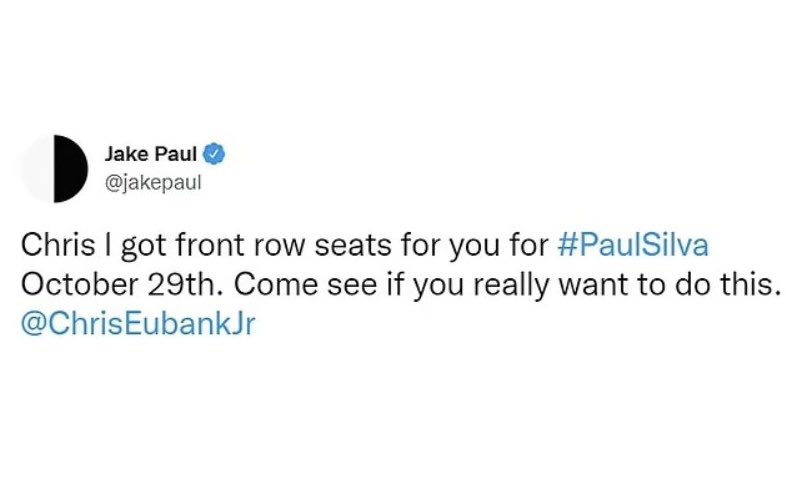