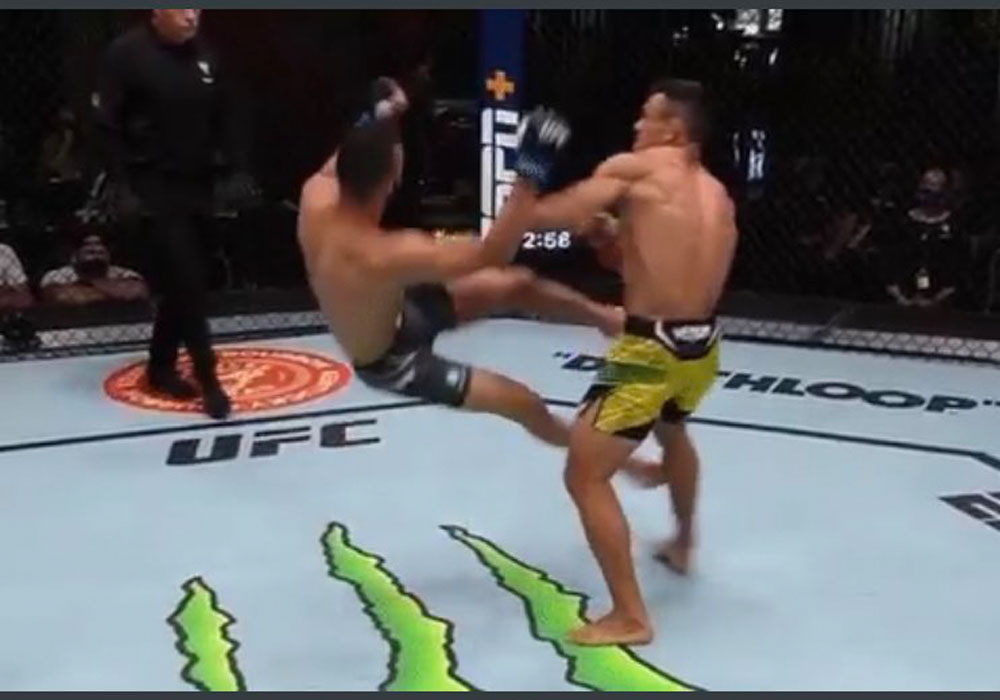 While majority of MMA media is looking at the strange No Contest situation that transpired between Kevin Holland and Kyle Daukaus some fighters with way less name recognition shined through. One such case was the stunning knock out by Douglas Silva de Andrade.

Douglas Silva de Andrade scored a “Performance of the Night” award by making quick work of Gaetano Pirrello in a featherweight matchup. Silva de Andrade ended his opponent with a counter left hook followed by hammer fists on the canvas for a knockout 2:04 into Round 1.