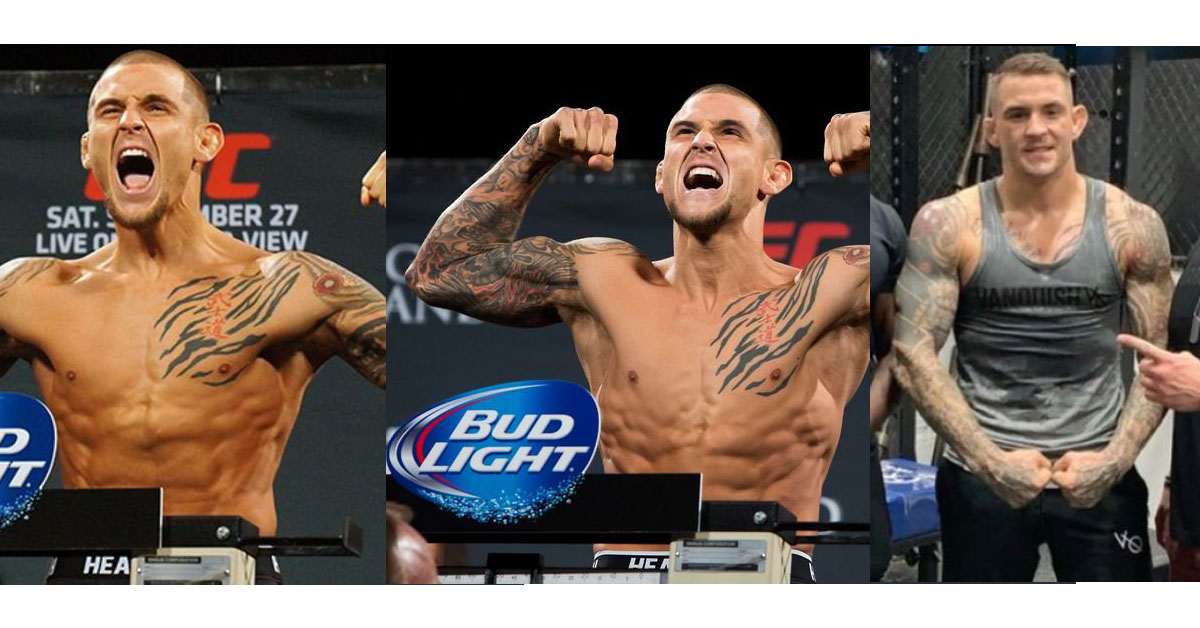 Dustin Poirier is having a fun ride in the UFC right now. He is more confident than ever that he will be able to conquer he UFC lightweight championship against Charles Oliveira on December 11th 2021. He is unbeaten since his loss to Khabib Nurmagomedov back in 2019. He has defeated Conor McGregor 2 times this year- in January and in July. He is considered the favorite for the title fight in December.

However, he has no plans of putting his MMA career on hold even if he wins the title at UFC 269. He will be looking to move up to the welterweight division to add more achievements to his CV.
Talking to MMA Junkie, he quoted:

“No, I’m not retiring. I’m 32, man. I feel good. You see the way I’m moving out here today. I feel good. I’m having fun. If anything, I’ll go up. I’ll probably go to 170 if anything,”
“But no, honestly, my goal isn’t to try to have the most successful title defenses. I don’t know.”
“We’ll see. One day at a time. I can’t look, none of that is even a reality until December 11th happens, and I get my hand raised. I have to do that first before we can even go into these conversations because I don’t know what’s next.”
“I live my life one day at a time, man; a quarter-mile at a time.”

Poirier has shown his interest in moving up to the welterweight division before too when Laura Sanko asked about his choice if he was offered to fight the champion, Kamaru Usman. In reply he said:

“Of course, I would, those are some big guys, man. We’ll see. I definitely can fight at 170. Honestly, now at 155, my metabolism has caught up. When I was cutting to 145, between fights I would get a lot heavier than I do now. I think my body was getting messed up and holding on to a lot of weight. I would shoot up to 190 when I was fighting 145. Now I don’t get past 182. That’s really the max I walk around at. But I think I could fight at 170, too. There are some fun fights there.”

The Diamond would welcome a welterweight challenge ?

Poirier was even invited by Nate Diaz to fight at 185lbs after his remarkable victory in the trilogy against Conor McGregor at UFC 264. Poirier responded immediately that he will fulfill the request at any weight Diaz desires.

I'd touch you up at any weight

Previously Poirier claimed that if he wins the lightweight title then he has done it all in MMA. He said to Sportsmail:

“For me, being an undisputed world champion was the goal from the beginning, if I can tick that box, I’ve done it all in the sport of mixed martial arts”

If Poirier is successful in acquiring the title, then McGregor’s wish for a title shot and fourth fight against The Diamond may come true next year.