Chael Sonnen is not a fan of Grammy Award-winning musician Drake’s penchant for making significant six-figure and million-dollar wagers on mixed martial arts. According to Sonnen, Drake is a “colossal liar.” He claims that the whole situation is a hoax.

The rapper supposedly won $250,000 from a million-dollar wager on Israel Adesanya tied to his title defense against Jared Cannonier. 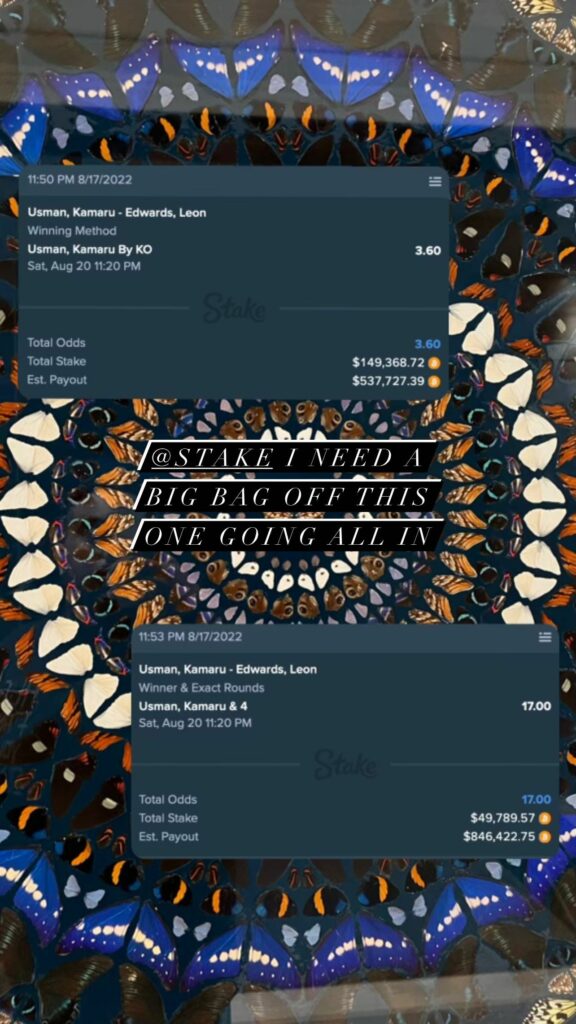 Drake is not the only one to be posting these stunt bets. As of late a number of prominent UFC athletes also shared their screenshots – most notably Israel Adesanya.

While it may seem like the singer is risking personal wealth – it’s more than likely the company he’s advertising is footing the bill.