Now fight promotions issuing copyright strikes is nothing new on the youtube platform – however it’s highly unusual that a 15 minute video discussing the biology of human hormones and featuring brief snippets of content gets copyrighted. Mind you, the promotion didn’t even claim the profits from the 400,000 views the video amounted – they just insisted on having it deleted. This is where one might aske themselves – why? 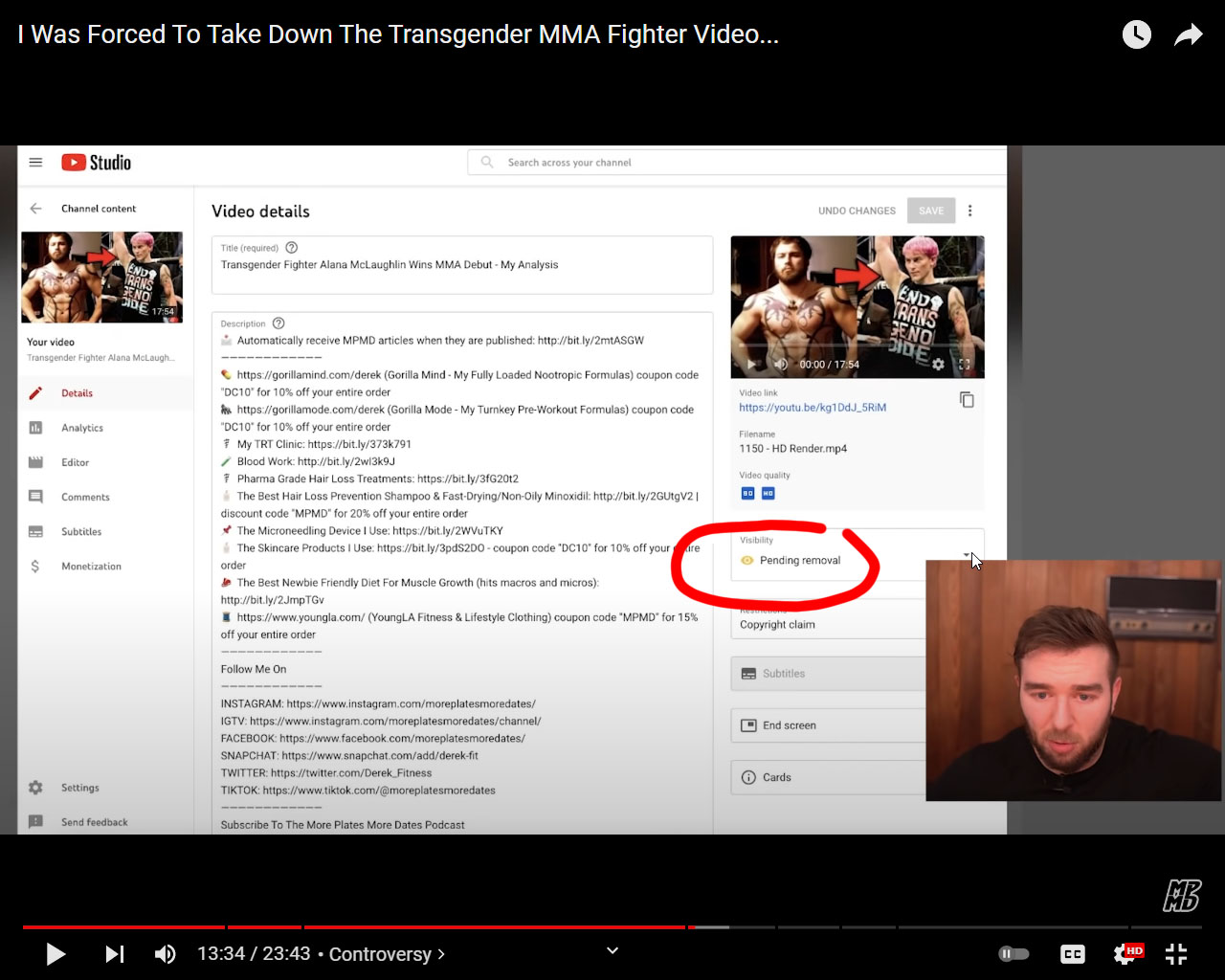 Well the answer to this question might just lie in the following question – how did Alana Mclaughlin even end up in the cage in the first place?

In order to gain all this publicity Combate Global actually had to go the extra mile. Not only did they have to find a female fighter of a similar experience level willing to take the chance but they also had to actually pay Mclaughlin outside of the camp.

If you’ve been following the UFC fighter pay saga at all – you probably know that promotions refuse to pay fighters for anything except the fight if there’s any way they can get away with it. But not Combate. Combate actually went the extra mile and actually paid for Mclaughlin’s fight camp according to Alana herself.

“My last training camp was in Florida but I live in Oregon. I couldn’t have afforded the camp but the promotion paid for it. this next fight is something more like a bareknuckle boxing match and it’s not with Combate so I’m on my own for training and I need a local boxing gym”

Mt last training camp was in Florida but I live in Oregon. I couldn’t have afforded the camp but the promotion paid for it. this next fight is something more like a bareknuckle boxing match and it’s not with Combate so I’m on my own for training and I need a local boxing gym

What do you want to bet that the promotion didn’t provide her opponent the same privileges?  Her opponent Celine Provost is French and resides in Paris. But who wouldn’t want a free fight camp?

“You know the worst case, which is the one that most of us are most familiar with, is individuals who grew up as men, and were exposed to 10 times the androgen levels for decades.(They) develop the improved bone mineral density, literally like longer limbs, denser bones, more muscle more banked up myonuclei, androgenic signaling in the brain, more skill acquisition and motor skill development through actual improved amount of increased repetitions in the gym from having heightened recovery. Because you have 10 times the f***ing androgens as a female, you know all these kind of things and
then they decide to transition in their 30s or something and just by crushing their testosterone
levels they think that somehow discounts the entire you know decades prior of testosterone exposure.”

Of course Trans activists challenge even this notion – by reposting partial information from actual scientific researches. This is one example:

Don’t come at me with “trans women have an advantage over cis women with endurance” ever again. https://t.co/1smm7EEds8

This is a chart that comes from a paper published in a medical journal – and the paper itself concludes:

But back to Combate Global for a second. More plates more dates was forced to take down the video due to fight snippets in spite of the full fight living on on youtube readily available for the viewers. Of course none of those clips share the insight into human physiology that makes this match up morally questionable.

A number of fight footage rips live on – on youtube. 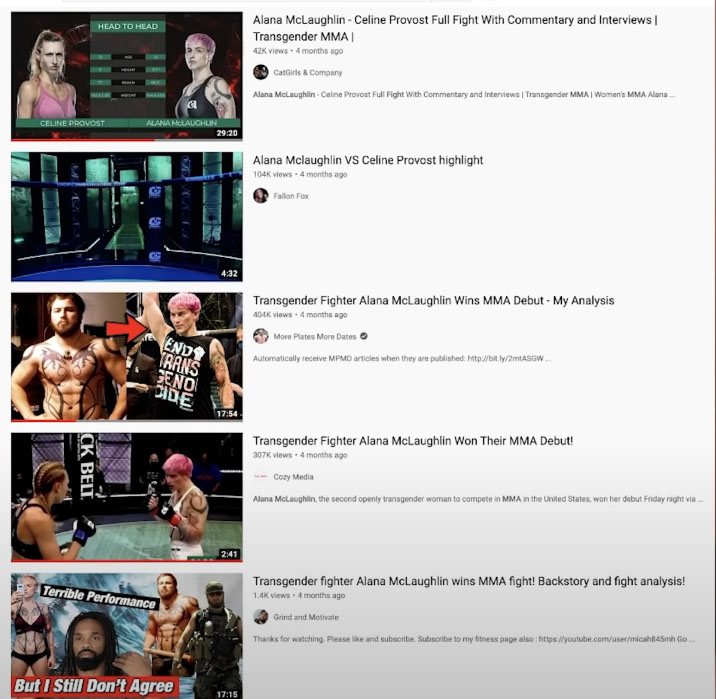 Derek of MPMD recently shared about all the drama behind the scenes. The video is very illuminating but it’s perhaps best captioned from this quote from it:

“This is a video that sucked to have taken down because it is something that I felt was an important message to put out there – I don’t think we should have trans athletes beating the s**t out of females. It does not seem you know -fair. Personally, I think there should be a trans division. I think that’s totally reasonable…”