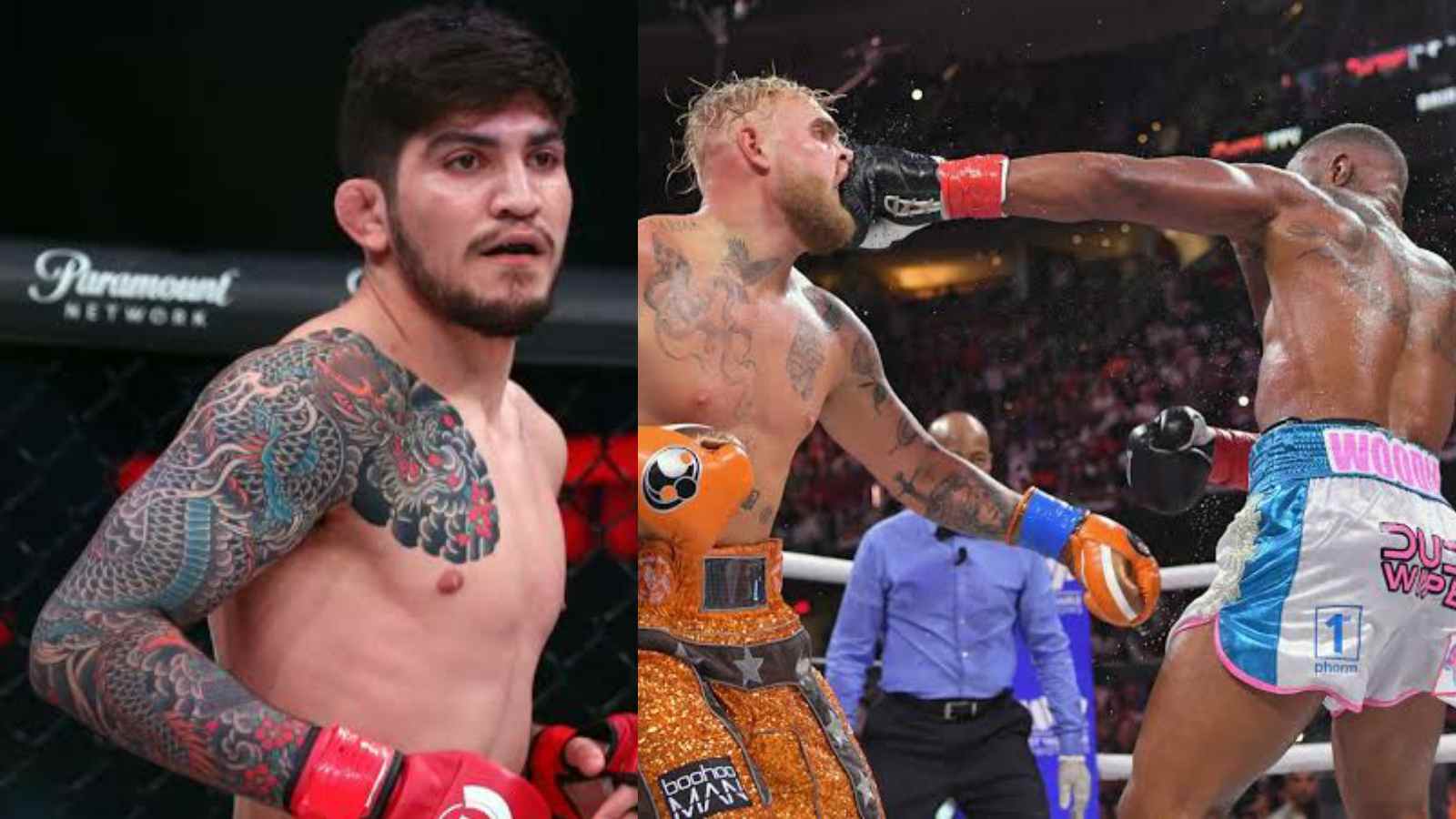 Yet again Dillon Danis is in the spotlight. Looks like apart from specializing in BJJ he is quite adept at making the headlines. This time, he has promised on to pay a fan $2000 if Jake Paul is successful in Tyron Woodley rematch.

“If Jake Paul beats Tyron Woodley, I’ll give one person who likes this tweet $2,000 Must be following to win! @dillondanis”

If Jake Paul beats Tyron Woodley I’ll give one person who likes this tweet $2,000

Must be following to win! @dillondanis

Dillon Danis is mostly known for his trash talk. He is Conor McGregor’s grappling coach in addition to being one of the most deserving people for Woodley even getting this rematch.

Previously, Woodley lost to Jake in August via a split decision. The result surprised many combat sports fans. Prior to their boxing match many MMA fans claimed that Tyron Woodley has sufficient knock out power. And indeed Woodley did come close to knocking out Paul, having hit Paul sufficiently for him to get tangled in the ropes and look to be significantly struggling.

But there came the biggest controversy – many came to believe that a No knockout clause was a factor in Woodley backing down in such a significant moment during boxing match up. That rumor appeared to originate with bjj ace and Bellator fighter Dillon Danis.

Danis is well-known for his huge mouth. Danis was at one time rumored to be the next Paul boxing opponent but was prevented from partaking in match by having to undergo a second knee reconstruction.

While Jake Paul was upset about this news, Woodley felt otherwise. ‘The Chosen One’ actually appreciates Dillon Danis for spreading the rumor. During a talk with the MMA Hours, Woodley explained that Danis, despite being annoying, is helping Woodley to get more money.

“No, but it’s a clause that says if I knock him out, they give me some extra cheese on my macaroni. And you know what, I wanna thank Dillon, actually, because he made that dumba** remark. Now, son, I get more money.” Told Woodley.

However, Woodley also stated that he doesn’t get why people believe what Danis has to say, or even listen to him at all.

“Why does he become a valid source to anybody? If people wanna talk about stuff, I’m gonna let them talk about it. That’s how the sport works; whether it’s good or bad. Like, I’m not on Jake’s PR team. It ain’t my job to give him credibility and like, make people believe that he’s the real deal; that’s his people. And people who think there was some knockout clause, based upon Danis who – how would he have access to my contract?”

Immediately after split decision loss was announced Woodley requested a rematch. At this point Paul doubled down – and said Woodley would be given a rematch if he doesn’t welch on the bet tattoo.

Woodley followed through – but Paul appeared to be uninterested. At this point Woodley’s lucky break came when Tyson Fury’s brother Tommy contracted a chest infection and was forced to pull out of December 18th match up.