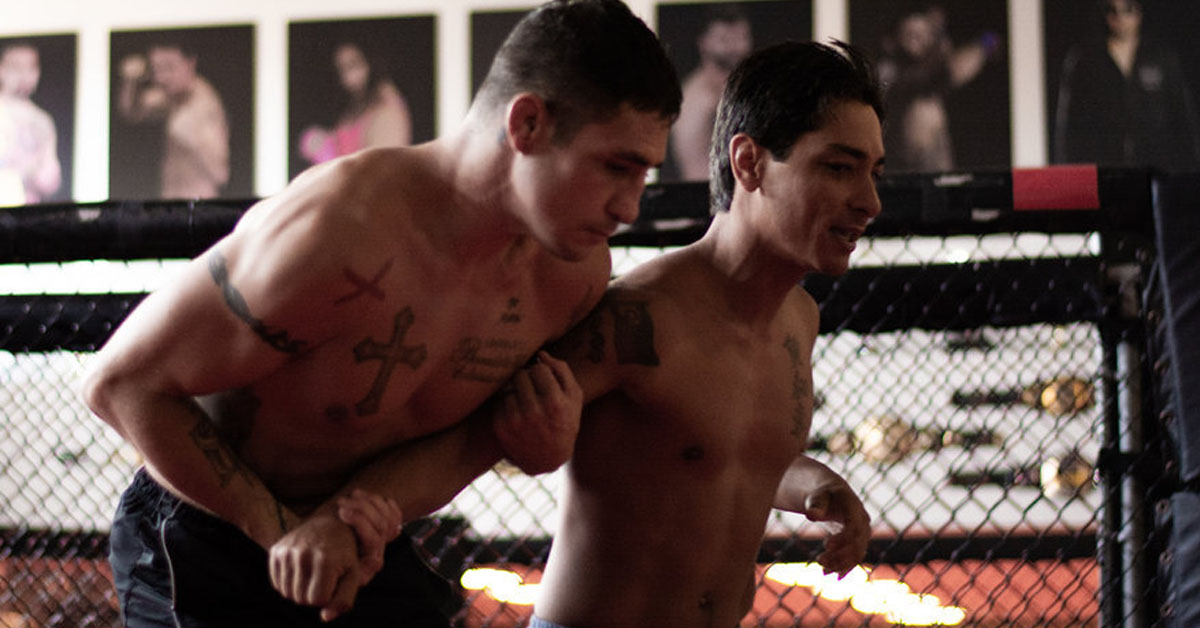 Diego Sanchez seems to be slowly disentangling his relationship with Joshua Fabia. In the days since our last update the lascivious captions were purged from onlyfans and a media storm seems to be dying down. On Sanchez’s part, he cancelled a previously scheduled appearance on the Behind the Scene podcast – the podcast that featured Fabia around 8 days ago and let him lobby accusations of fight fixing and more at Diego Sanchez.

Initially Sanchez released a comment via his attorney saying:

“Any power of attorney that Fabia had has been rescinded/terminated.”

Sanchez followed that up yesterday with a call to finish his career the right way:

“This was a memorable walk out to my fight with legend Jim Miller at ufc 196. Walk out song James Brown payback/untouchable featuring Tupac. I still need to make my walk and finish my career the way it started, on my own back with none of the strange fabia backlash or energy.”

Since then BJJScout managed to uncover the instructional for the infamous death touch technique and featured it in their latest update on the case:

When watching the McDojo video, one can’t help but ask themselves how a seasoned martial arts fighter falls for this? But then again it’s worth taking note that Sanchez is not the only professional martial artist that came in touch with Fabia.

The toxic guru attracted the likes of Stephan Bonnar, Emil Meek and several Brave fighters into training sessions with him via his Diego Sanchez association. And when all’s said and done none of them have stood up during those sessions. Emil Meek famously leaked details about the session afterwards to SCMP. But he still gave a vaguely positive testimonial to Fabia immediately after the fact. That video can still be viewed on the School of Self Awareness social media. Aditionally UFC Vet Stephan Bonnar still seems to be friendly with the SOSA founder.

One significant influence that has flip flopped on the guru is American Gangster Chael Sonnen. Sonnen, ever the contrarian, was initially the only person that offered a positive outlook on the toxic guru – mentee relationship as recently as May 4th.

Sonnen loves to play the devil’s advocate and in this video he suggests that the guru’s methods don’t deserve the questioning they’ve received because of the fact that some of the most successful wrestling coaches weren’t wrestlers themselves.

Perhaps the biggest glaring flaw in Sonnen’s logic is the fact that he did not seem upto speed on any of problematic details of the collaboration. He started off by referencing a Luke Thomas interview that was done in February 2020 but from there he devolved into talking about the leaked fighter meeting. Additionally, Sonnen went and even facetimed with Diego and Joshua to sort of gage the situation for himself without knowing the finer details.

But things took a turn from there, once Fabia had gone scorned on Diego and started talking about the details of Diego’s personal life Chael took a position that no media should cover the new explosive accusations.

And this is perhaps the single most irresponsible point of his narrative.

Every single step of the way, this toxic guru has been presenting his side of the story. And the mma media would complacently go along with it, for the most part*.

From the very beginning the guru-mentee relationship highlighted all the flaws of the inbred system of mixed martial arts journalism. Sparingly Fabia would get some push back, but nothing would develop from there – there was no follow up to check out any of the details they’ve been given. And this is exactly what’s giving air to these new accusations.

Let’s take Fight Fixing for example. The fight fixing accusation evolved from the narrative that the Nevada State Athletic Commission (NSAC) was being disruptive to Sanchez prior to Chiesa fight. This is neither here nor there. According to many reports and Sanchez and Fabia themselves, NSAC interrupted their pre fight rituals multiple times. What Fabia failed to mention when he accused NSAC of getting Diego to throw the fight is that NSAC interruptions were preceded by Fabia getting Diego to inhale peppermint oil in the locker room, saging Diego by burning incense and ultimately warning the NSAC that if Diego were to apply the technique featured in the McDojo video, the ref would have to interfere during the technique so that physical damage to Chiesa could be avoided.  So these  NSAC “leans”, to quote Fabia, were all instigated by him.

The founder of the school of self awareness has the complete lack of self awareness and seems completely incapable of gaging the public reaction to various things he’s done either with or to Diego. So thinking that he could actually provide any evidence that corroborates his latest accusations seems very ill informed to say the least. Further it seems as these leaks and revelations only serve to make himself seem even more questionable than before.