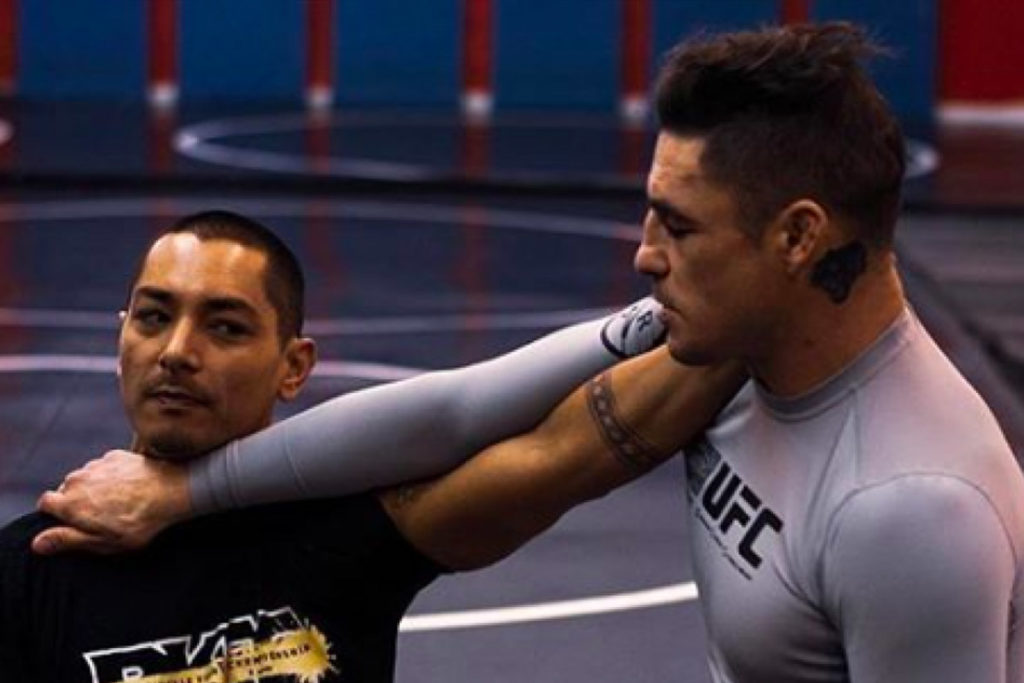 Diego Sanchez has been through a tumultuous several years. The UFC veteran and Hall of Famer went on a concerning twitter spree last night where he weighed in on everything from his favorite donut to Joshua Fabia guru relationship. And no – Sanchez also clarified he was not hacked.

To give you a sample of Sanchez insights – before it got dicey the tweets included bread, copulation, fights and other trivia. 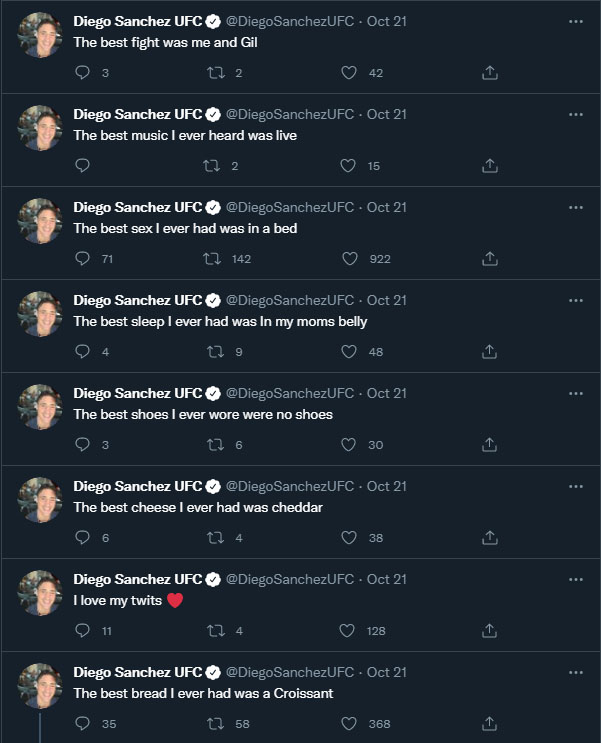 But things soon took a turn – when Sanchez started getting trolled about his former mentor Joshua Fabia. 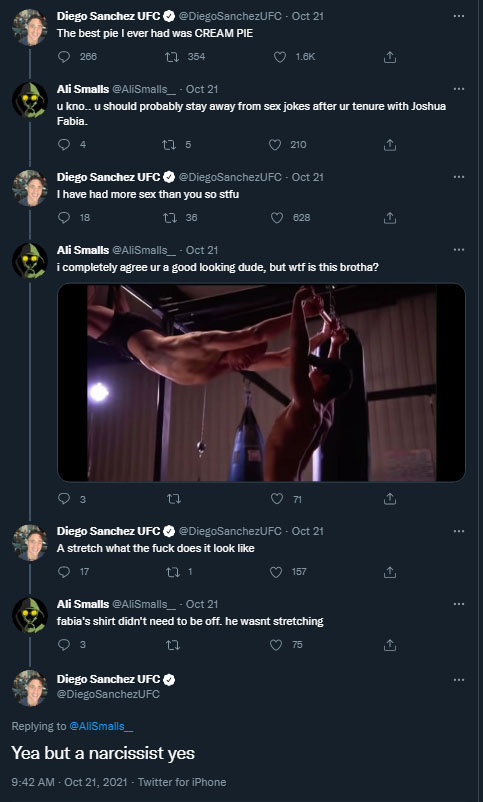 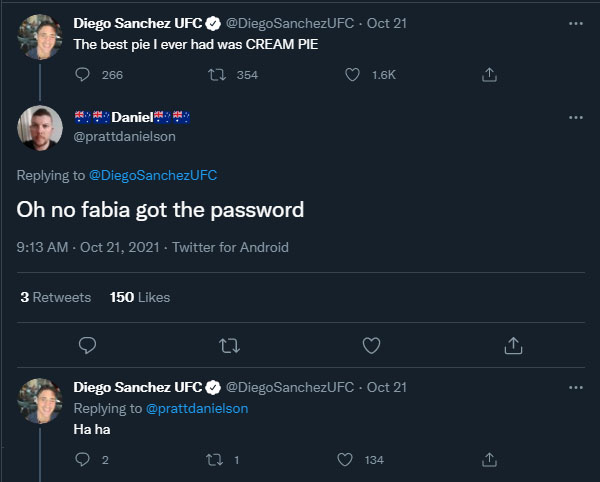 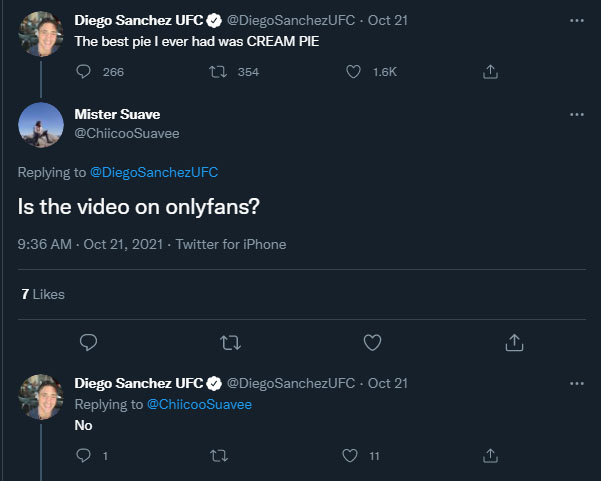 It’s safe to say Diego Sanchez will never be able to live down his association and the downturn of his career with the controversial miniature guru Joshua Fabia.

As a reminder Diego Sanchez started “working” with Fabia in March of 2019. Pretty soon after he fired Jacksonwink coaching staff for questioning the new direction his career seemed to be going in. From then on a series of bizarre interviews and corner advice got everyone concerned. If you’re interested in chronicles of the destructive relationship that ultimtely severed his 15 year long employement at the UFC you can check out these excellent videos by BJJ Scout.