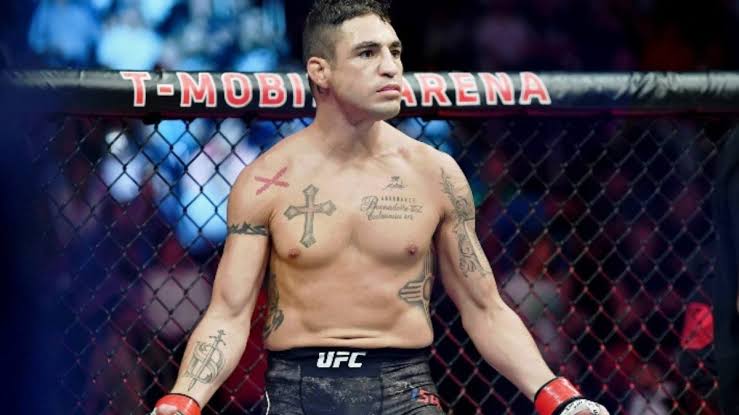 Diego Sanchez is on the brink of signing with Bare knuckle FC, that is – the deal will go through if he can pass his medicals. Recently Sanchez went live on instagram and talked a bit about his controversial ex trainer.

It will come as a relief for his fans, that he’s aware enough to know that Fabia pushed all the wrong buttons with the UFC ultimately forcing them to cancel his retirement bout. In fact it’s hard to imagine how anyone would want to tie their own interests to a guy who negotiates like this:

On Diego’s part he seems to have gained a perspective regarding their collaboration:

“I made the mistake of following a mentor that I thought had a stronger connection to God than me. And it is a story of biblical measure that people rea not ready for – a spiritual warfare type of story. ”

Sanchez also seems to be on speaking terms with Dana White again and seems to harbor no ill will toward the UFC.

As for Fabia, with the severing of their partnership he inherited the Only fans account. The only fans account had featured pictures, promos and work out clips starring the two that were initially available to pay for individually. As the partnership ended, Fabia quickly changed the payment model on only fans fearing his cash cow had seen its demise – hoping to auto charge a subscription to at least some of the 90000 users that were rumored to have “followed” the account for free. But since then it seems Sanchez had regained his account – or at least his handle. And the account  currently features no posts at all. It has been scrubbed.

But that’s where the self awareness ends – Sanchez still believes that Fabia was a good trainer. And that time spent training in the last two years wasn’t wasted. As a reminder Sanchez had fought Michael Chiesa, Michel Pereira and Jake Matthews in that time period – and during he threw a total of just 55 strikes in all 3 combined (ie about 45 minutes of fighting since each fight went the distance).

Sanchez had also been taping his hands so that his knuckles were bare – so at least in terms of that he could be looking at a minimal adaptation when it comes to Bareknuckle.

For the most part BKFC seems to offer a good amount of financial compensations to the fighters and majority of their signees seem upbeat about the prospect of cashing another check at the young promotion. BKFC recently had an internet fan favorite Artem Lobov retiring from the sport so they’re definitely looking to spice up their lineup. Especially considering the rise of celebrity boxing.

That being said it’s hard to get excited about this new chapter in the story of Diego Sanchez –  the man who had absorbed the second biggest number of significant strikes in the UFC history. And while Sanchez is back to his usual self it’s hard to not question any cognitive deficits and impairments he will be harboring from a career spent in fighting. In many ways Sanchez probably should’ve pursued legal action against the UFC on his own. There’s quite possibly nobody better suited to hold the UFC accountable considering they certainly accumulated mountains of Diego Sanchez medical tests in the 15 years they’ve employed him.

But it’s hard to tell what exactly Sanchez is thinking, for better or for worse he at least won’t be splitting his hard earned fight purse with a guy who brings nothing to the table.