A while back, Wilder had a meeting with UFC heavyweight champion Francis Ngannou. The Cameroonian visited Wilder’s gym when the boxer was preparing to face Robert Helenius in October. 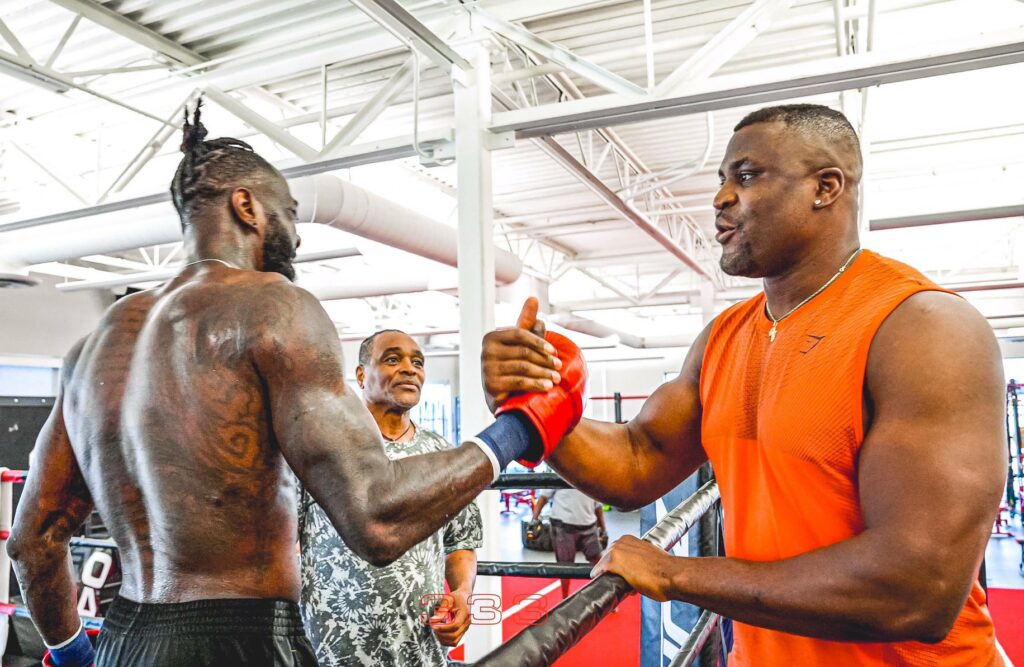 In a short clip uploaded to social media, Francis Ngannou can be seen climbing up to the ring to meet Wilder in person. There, they shook hands and greeted each other. Screenshots of the clip also got spread online, especially the part where they shake hands.

In the picture, Ngannou’s arm appeared to be very big compared to his fellow heavyweight athlete. A fan from Reddit noticed the significant difference.

“God damn, look at Francis’ arm compared to Wilder’s arm. Looks like 3 Wilder’s arms can fit in 1 of Ngannou.” The fan wrote.

Since he started his professional boxing career in 2008, Deontay Wilder has always been competing in the heavyweight class. Unlike other boxers, the 31-year-old has a lean and tall build. Making him appear tinier than any other man.

Aside from his arms, Wilder is also known to have tiny calves. He stands tall at 6ft 7in and is always looking ripped whenever he clashes in the ring. Even with that his legs always appear skinny. The reason he appeared to be very skinny when meeting Ngannou might be because he is maintaining his weight as he was preparing for a bout.

Meanwhile, Francis Ngannou was in recovery since he injured his knee in a training session. The 36-year-old isn’t as tall as Wilder, standing at 6ft 4in and always appeared to be bulky. Ngannou hasn’t competed in the octagon since January. His coach Dewey Cooper is targeting ‘The Predator’ to have a return in 2023, but still have no confirmation regarding date and opponent.